We won't be breaking the land speed record

It was up early because we wanted to try the Country Trust Tearooms which is in the Nicholson guide and they do a breakfast for £3.75, but it was supposed to open at 9.30am. We were there at 9.45am and it still wasn't open so we went into town. We wanted to go to the British Transport museum in Coventry and right along side was a lovely coffee shop. We had coffee and a panini before heading up to the entrance of the museum. 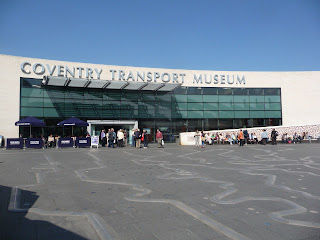 We were surprised to find it was free to go in and what a great museum it was. They had a Doctor Who exhibition taking place and Al is a fan, we had to have a look around. 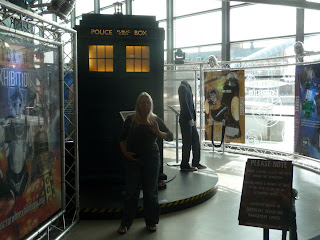 They had loads of British made cars, trucks and buses all in fantastic condition. 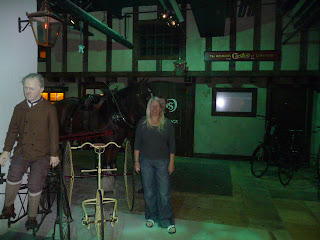 They also had every make of motor bike and push bike. 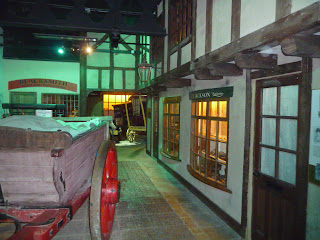 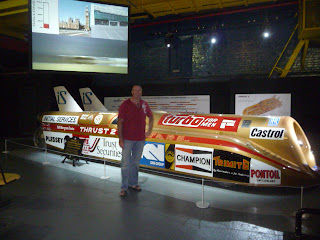 When we came out of there we went into Sainsburys and picked up a few provisions before heading back to Derwent6. The basin was quite full but as we arrived someone was trying to turn and would have side swiped us all but Del jumped on and pushed them away with instructions on how to steer.
After cleaning the prop and taking off a coal bag, we set off with great care... 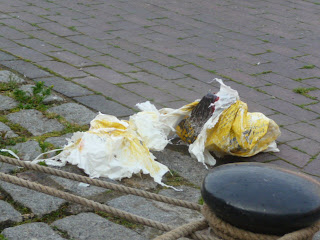 We moved very slowly and still picked up three things on the way, there is so much rubbish in this section of the canal and it will put people off if something isn't done about it. We passed another boat coming towards the basin and he cleared the way for us to get back to Hawkesbury Junction. Things got a lot better then as we made our way up to the Ashby canal. After a difficult turn in, it just got better. It was so pretty along this section, but narrow and a bit shallow in places. 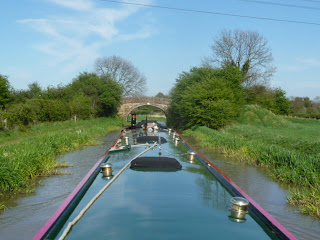 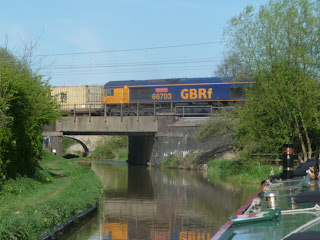 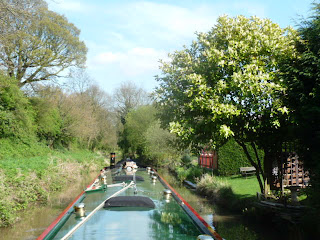 After a couple of miles we decided we would moor up even though it was shallow. We couldn't get right in, but it was a lovely spot. 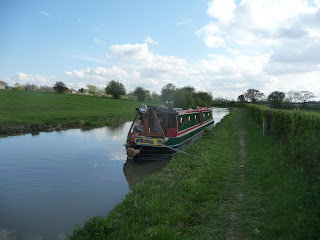 What a great looking museum!!!!!!It's nice to get a day out for free.Luv Tel xxxxxxx

Hi Del & Al. We love Coventry and all it has to offer. But we know what you mean about the rubbish. The Ashby is fantastic for its views and we also love it up there, so have a lovely time. The pub at Shackerstone does excellent meals if you feel the need not to cook.
Just to let you know..... We have been given the all clear to do the coal run on the Leicester, so if you are wintering there, we will see you in October.
Also not sure if you realise, but your profile About Me still reads that you are having your boat built LOL.
Lots of love. Jo xx

Hi Jo
Thanks for the tip, we'll check out the pub. That's really good news about your coal run, so will see you later in the year. We must get around to changing our profile and we can't blame it on lack of time lol
x

Hi Tel
It was great, and you're right, you don't get much for free these days...
x