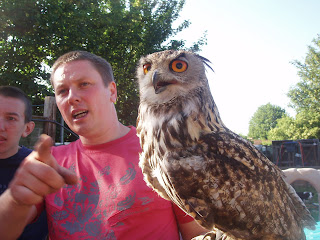 If anyone is interested in owl's then check out Cliff and Lou's blog, http://louisecliff.blogspot.com/ who does alot of good work in teaching the kids of today all about our feathered friends on the canals. 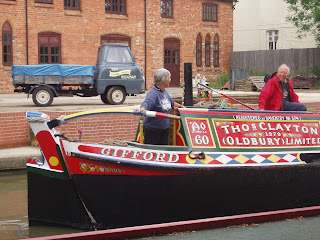 Another hectic weekend for the Heasman household, just to take our minds off the sad occasion of last week. On the Saturday with boats in mind we decided to jump in the car and head up to Braunston to the historic boat rally, and did we pick the right day for the weather. We had a wander up the towpath looking at all the very old working boats testing their steering skills and polishing their brasses. We tested the real ales and good food, and had a really enjoyable day. 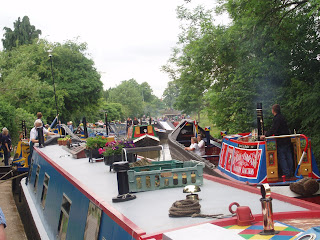 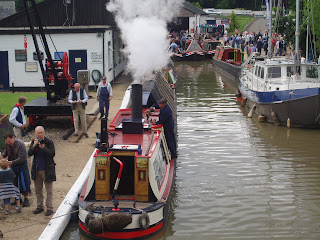 Then on the Sunday we wanted more boats, so we went up to the O2 dome as we had tickets to Al's greatest band ever......Bon Jovi

We walked around the dome glaring at the Thames, waiting for the next boat to come along and guess what....the Band had turned up to do their sound check for the concert that night so we had prime position for all the best pics 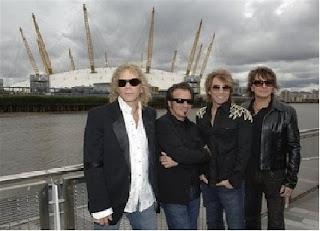 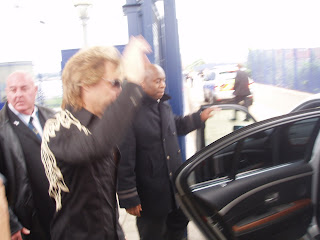 The Dome was very impressive with loads of bars and places to eat in a brick paved walkway that went all the way round the venue. There was lots going on, with street entertainment to celebrate the opening. 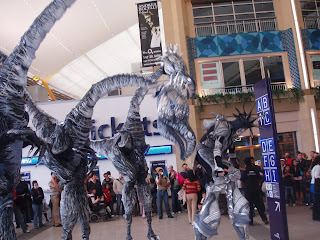 The concert was fantastic and will leave a memory forever. What was weird was they played "It's my life" (which is a song about living your life now, to the full, following your dreams, because no one lives forever) to a back drop of canals and rivers !!!!!

If this ain't telling us something I don't know what is, we had tears in our eyes. 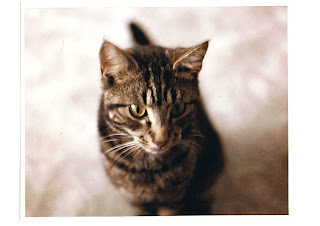 A sad day for us today as we lost our beloved cat Marmite (marmity) He has brought us so much joy and has been such a wonderful cat, always around us day and night. We will miss him terribly and the house seems so empty without him.
It was like he knew of our plans and decided it was time to call it a day. Our house now will always be his and it feels it is the right time to move on

Isn't this month just flying by...

Well we've made some changes to the plan in the saloon with taking out the corner bubble and now going for the Morso squirrel solid fuel fire, also the radiator has been moved from behind the sofa to the bulkhead on the galley. 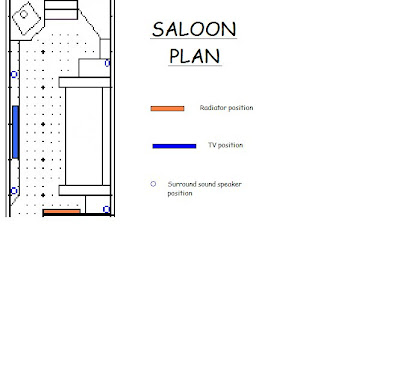 We have also looked at the lighting plan and have used n.b Balmarha and n.b Belle's advice in to using LED lights wherever possible. We are still looking at the wattage of everything on board and we feel that the 700w gaming PC may have go, along with the surround sound speaker system and a substitute put in is place ( we don't know what yet)

Derwent6 will be running 10 batteries which are the latest quick charging batteries from Varta and we are now looking into solar power, which will be a mobile system which will just lay on the roof. (still trying to keep it simple, n.b Hadar)

We still have not heard from Fernwood on the start date, but are still working hard on getting the scrap book together for our first big meeting with Ken and Julia on how we see Derwent6 looking inside and out. 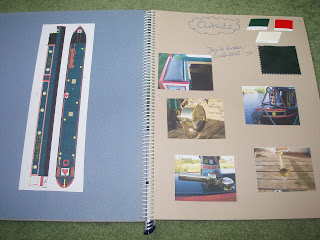 As for the spreading the news bit.....we have been to a few BBQ's and party's and have been letting everyone know about selling the house and all it's content's and already we have had alot of interest from potential buyers.
Posted by Del and Al at 8:06 AM 7 comments: