Got up this motorsport morning to see the Moto Gp and then the Grand Prix. We then had lunch before putting our bikes together and setting off to find the other half of the Ashby canal.
We headed out from the terminus across the fields between the hedgerows. 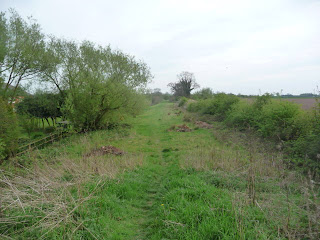 It was easy cycling until we came to a road where an aqueduct will be required. We continued up the road following the canal route until we came to a crossroads. You could see the canal marked by a new fence diverting across a field to our left. We continued on to Measham which is an old coal mining town. It has a few shops including a Tesco's Express, Fish & Chip shop, Newsagents and one of those good old fashioned sweet shops. 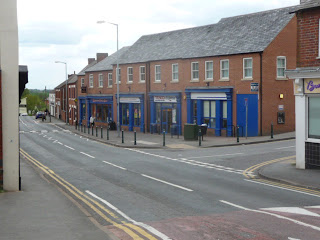 As we cycled down the hill you could see the bridge which used to go over the canal and could easily be opened. 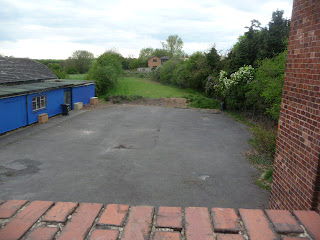 Then by the Library you pick up the cycle path which is a disused railway, if you look down to the right you will see the canal path which is very overgrown. It is easy riding with pleasant views along the way, passing over and under bridges. 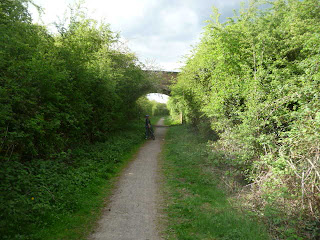 You then cross the road at Donisthorpe and after 300 metres you can pick up the Ashby again with water in it which has been made into a small basin. 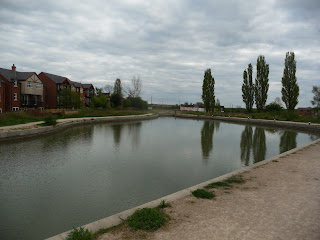 This then goes on for a few kilometres where it goes to Moira Furnace, which is a fantastic musuem, and to Moria lock before getting to Conkers. 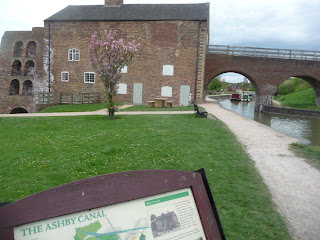 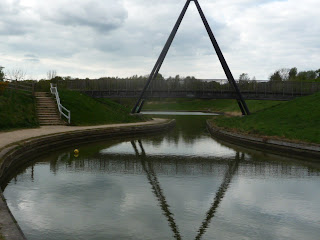 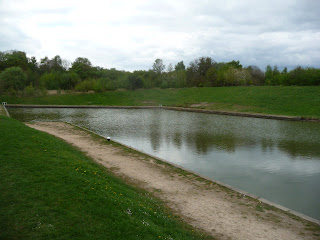 Conkers is a large basin with toilets, coffee shop, restaurant, and a big play area for the kids, they also hold quite a few shows there. There are loads of walks into the forest and around the Ashby canal area. 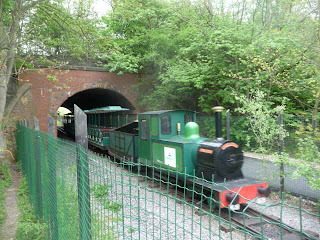 There is also a miniature train which goes out into the forest. It was quite busy with people out on bikes, fishing, and walking, a lovely place.....
It will be great, not if, but when, these two canals are linked, for our canal system and our heritage..
We retraced our steps to get back to Derwent6, and just put our sore bums and feet up.
Posted by Del and Al at 8:23 PM

Great post. I love to see accounts of these "missing bits". My own favouite blog was "Walking the missing link" on the Cromford.
Captain Ahab