Fought our way to Coventry 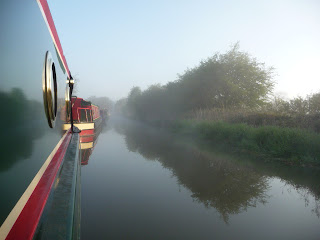 It was cold and foggy when we got up with a mist running up the canal, but you could tell it was going to be a lovely day. We pulled the pins at around 10.45am and set off up the Oxford. We passed Rose Narrowboats (a hire company) who were busy getting the next batch of customers boats ready. 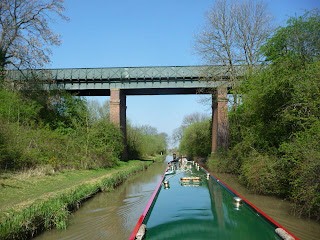 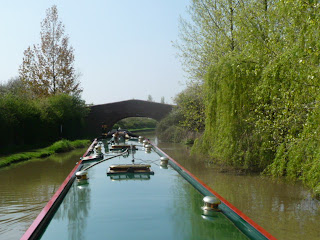 The Oxford is very pretty until you get within half a mile of Hawkesbury junction. Sutton Stop! as everyone calls it, is a shallow lock which used to be a toll house for use of the Oxford. We then turned south towards Coventry.....Brave move! 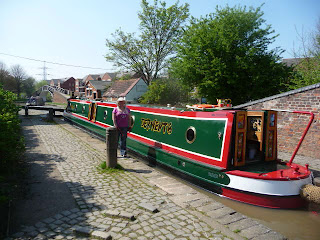 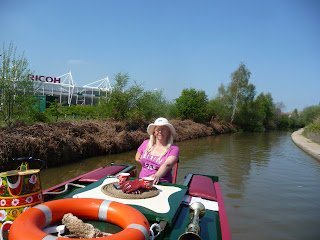 It brought back great memories of when we were at the Ricoh stadium to see Bon Jovi last June. We will have to try and get tickets to the next one and moor right outside. (at least they can't nick the wheels)
As we got closer to the city it got worse with junk in the canal. We were about to test that new prop, big time. We were picking up plastic bags at every bridge we went under and we could only do 2mph and the engine running at 1000rpm to avoid the stern going any lower into the water. We were dodging pieces of timber, bottles, cans and lumps of wire, but again with another flick of reverse it seemed to clear itself. 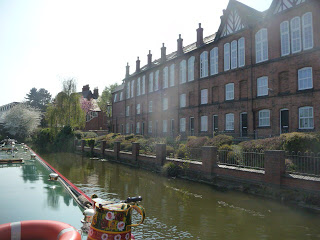 Its such a shame because there is so much history in this section of the Coventry canal and some of the areas are great and some are just dam well awful. 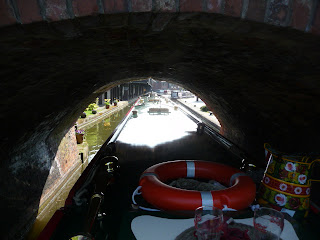 It seemed to take ages before we pulled under the toll bridge into Coventry Canal Basin and when we turned, there was only just one spot left. We never passed any boats leaving Coventry today, so we were very lucky to get in here. 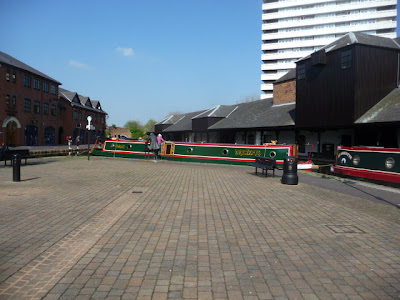 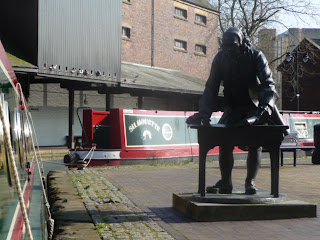 We moored up right next to Mr James Brindley himself, who was always keeping a watchful eye on Derwent6. We wanted to venture out and see the city, but it didn't feel right leaving Derwent6 on it's own...it's a bit of a shame that... 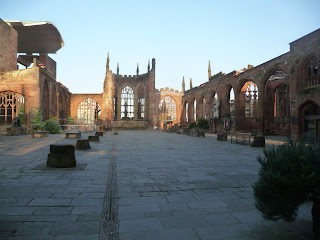 Del went for a city tour and saw the Cathedral while Al cooked the dinner on Derwent6.
We sat out in the cratch, as the sun set on the basin, just watching the mad city life go by, and we listened to the sound of police car sirens as we went to bed....Lets hope we sleep well !!!!!!
Posted by Del and Al at 8:50 AM

I work in Sutherland House and saw you go past yesterday. Give us a toot as you return.

Blimey Sorry just read this post and missed you again...Would have tooted if we could...