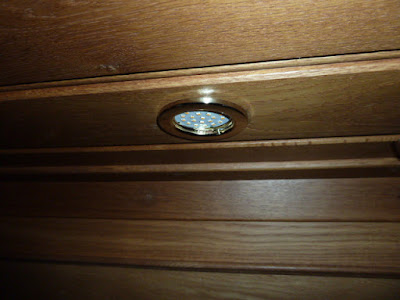 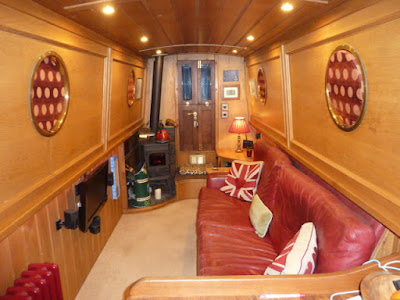 So dry January it is (and possibly into February) and we are on a mission to lose weight after a binge at Christmas.. So now it is just bringing the washing up to date and doing little jobs around Derwent6..
We had planned to go out and see Eric again down the pub for open mic, but the weather was so bad and Al has been dealing with a bout of sinusitis, so we didn't fancy the walk..
Posted by Del and Al at 5:38 PM 6 comments:

Wow, welcome back to a hopefully fantastic New Year for everyone.. Christmas was a busy one for us, as we slept in six different places and saw so many people we have lost count!.. It all started with us going down to Kent for nephew Tom's 21st Birthday and it was a good turn out with everyone celebrating with Tom, and all ready for the Christmas break..

We were even able to stay with Terry and Ron so we could have a drink. From there it was back to Shoreham and seeing some friends on the way. 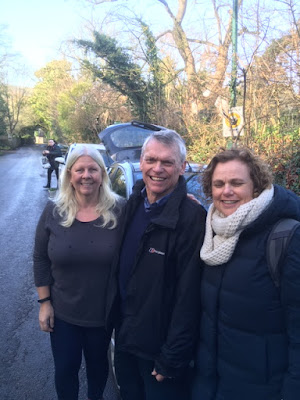 We visited the cross, leaving some holly and ivy on the gate and reflecting on some lovely memories. 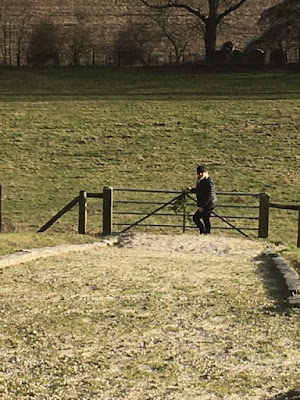 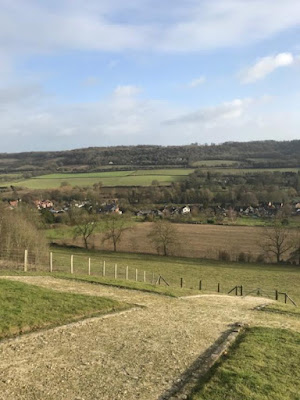 It was nice to return to The Crown pub for lunch, and catch up with people who remembered us from our time in Shoreham. From there it was over to Bernie and Sarah's to pick up the rest of our cards and see Bernie's Mum and Dad, Ann and Tony. You might remember them from when they came up on the boat while we were in Lincoln.  We then carried on to Whitstable, as the Christmas Eve excitement built up..  Here we met up with Zoe and Greg and the pub beckoned as the girls went to midnight mass.. 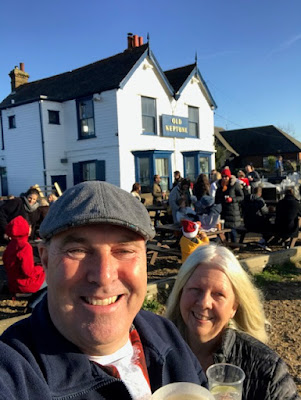 You can't beat being on the beach at Christmas. 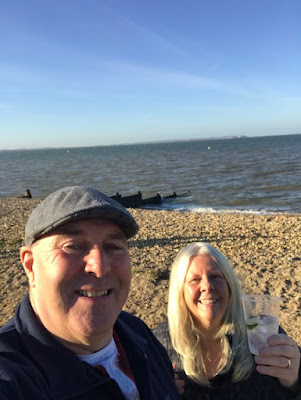 After a night cap we were tucked up hoping Santa would turn up.. 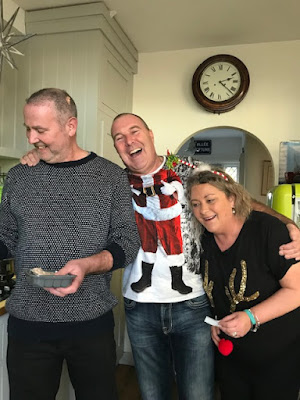 We had such a great day, and the dinner was just so traditional and yummy, after a good lunchtime drink in The Neptune of course. 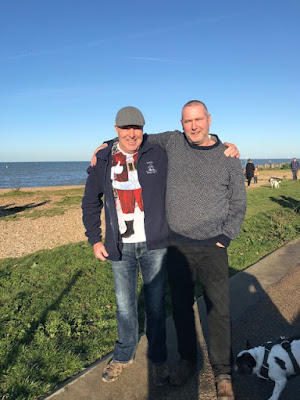 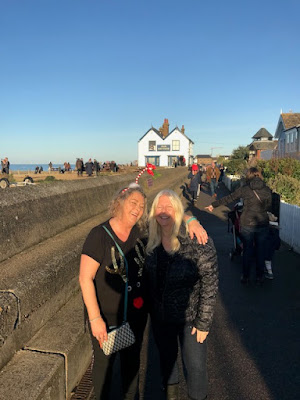 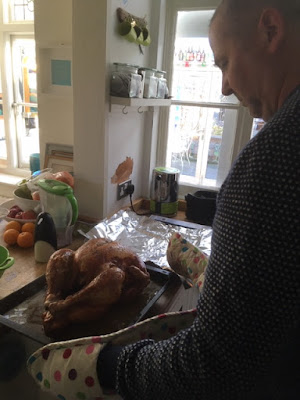 In fact even the afternoon was traditional with us crashing out after some games.. 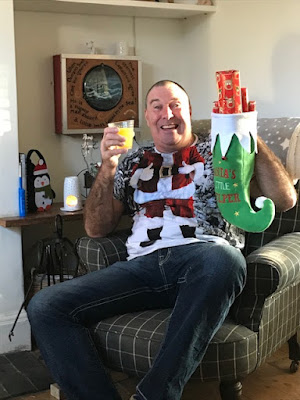 Boxing day it was back to Terry and Ron's with another traditional Bubble and Squeak cold meat dinner, films and games. 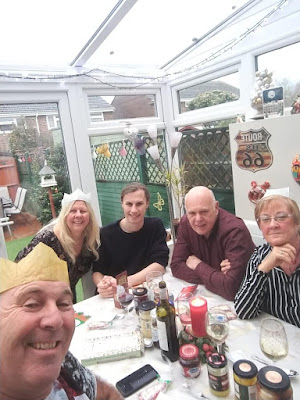 From there it was over to Surrey and we saw Jo and Brian (Al's sister) and Nathan & Scarlet. 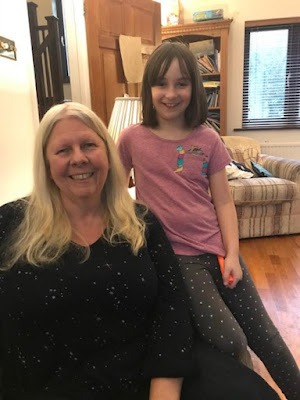 It was so lovely to see them all, and we had more lovely food. It was then nice to go over to see Matthew and May and Sofia and Alfie in their new bungalow. It didn't stop there because we travelled over to Somerset to see Del's Brother Cliff and the kids.. 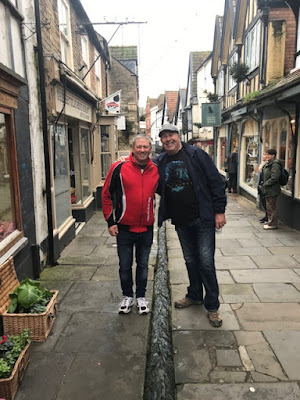 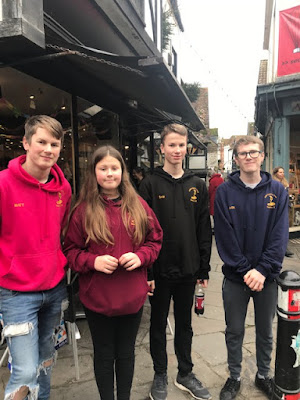 He had kindly sorted us out a fantastic room in the pub he is running in Frome.

The following day we walked round the town, and in the afternoon met up with Louise and had a good family gathering catching up with everything.. 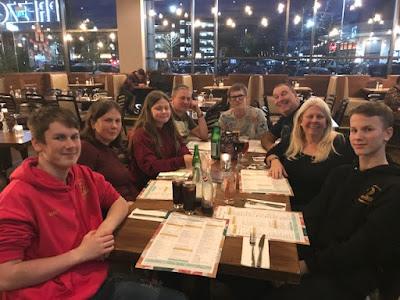 It was then off to meet up with David, who you also see on the boat a lot. 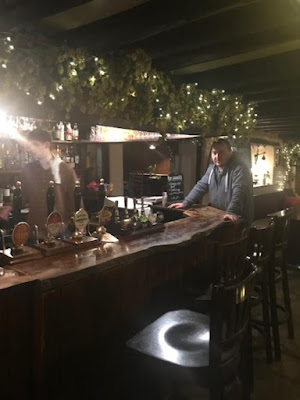 He works in a great restaurant near Tisbury in Whiltshire. We were staying there the night and had a lovely room! The pub is in the middle of nowhere (which we are used to) 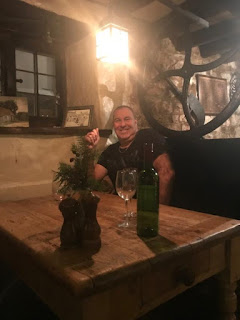 We had a fantastic lunch, and then met up in the evening for round 2 with a few of David's friend's. It was first class, so you can see why so many celeb's come here.. 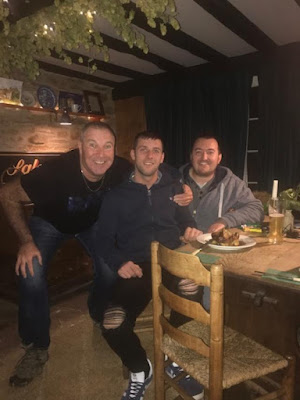 We left there and headed back to Kent just after breakfast. 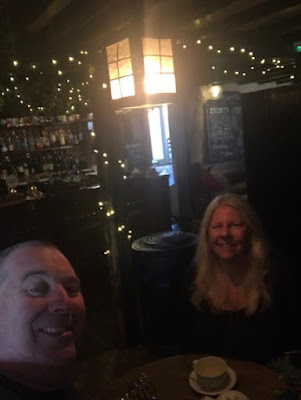 Passing Stonehenge on the way. 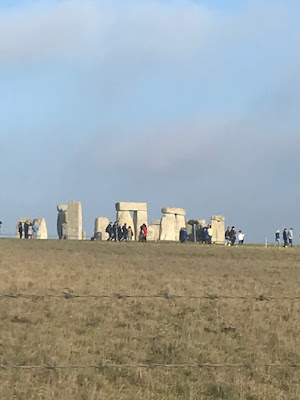 This time it was Bernie and Sarah's and we had a nice quiet night in with them, a lovely meal and a catch up about our festive activites.
We stayed the night as we were going to a New Years Eve party with them, but we were also meeting up with friends Richard and Lisa first.. We had planned a walk back in Lullingstone and we walked to Shoreham which ticked a few boxes. One, we could all have a good chat, Two, we were getting some exercise, and Three, we were getting something to eat back in the Crown pub.. We had a lovely lunch and the walk did us all good by walking off some of that turkey! We just got back before dark and drove back to Bernie and Sarah's to get ready for the evening party. 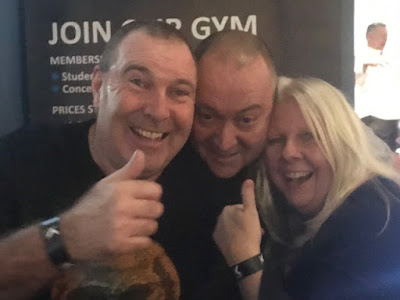 We had such a great time seeing in the new year and got in at about 2.00am. 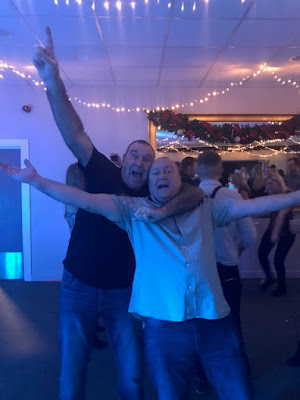 The following day we all went out for a New Years Day meal at a place called the Moat, and all made our New Years Resolutions there..
We then drove back to Derwent6 and arrived back at 8.00pm. Yep it had seemed a full on Christmas but we loved every minute of it..
Posted by Del and Al at 4:53 PM 6 comments: