The end of the Ashby

We left this morning at around 10.00am and set off on a slow journey to the end of the Ashby. We were expecting it to be very shallow but there appeared to be quite a lot of water. We were not picking up much in the prop and with not much wake. It all became clear when we got to Market Bosworth where the was a hive of activity. A water main had burst, and the water board along with British waterways were scurrying around trying to stop a fountain of water going into the canal from above a bridge. Also the water point below the bridge was out of action. We just managed to get a picture as we went past. 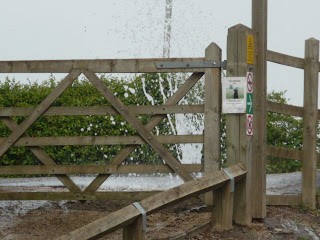 The canal here is just stunning and feels so peaceful, we only passed one boat all day and the other thing we noticed was the towpaths were in such good condition. 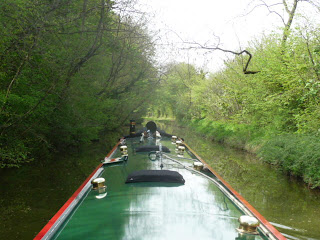 We noticed this fellow and found it funny, when we went through some woods. 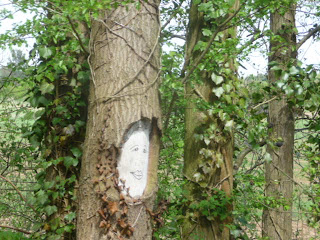 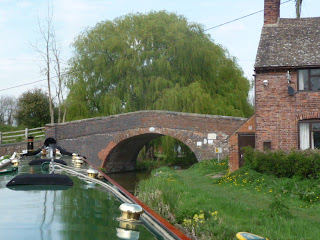 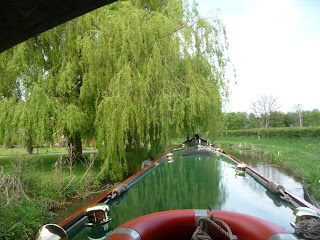 We eventually came to the Snarestone tunnel which is another tunnel with a kink in it. It is also very low at the northern end so it was watch the chimney again. We manged to get through ok but coming back may be tricky as the low end was on the opposite side of the chimney. 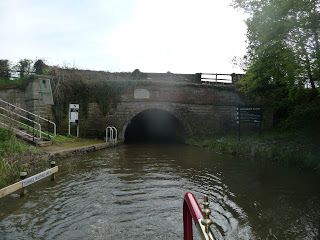 We then came to the terminus and we were a bit worried about turning due to the sharp alcove where hire boats and the like had turned not worrying about their boat. But we managed to turn ok even in the strong winds which had got up. This probably helped us. 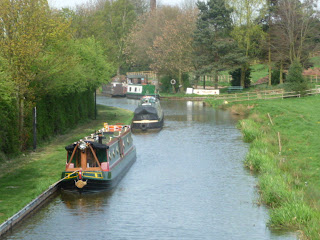 We will explore tomorrow! Weather pending!
Posted by Del and Al at 9:47 AM