We made it to Llangollen

We didn't know what would be the best time to leave this morning, so we just left when we felt like it and if we hit traffic then so be it.
We left at 9.30am and hit the Pontcysyllte aqueduct.....Wow!!!! what a sensation....you were looking over the port side and looking right over the edge. The views are fantastic! 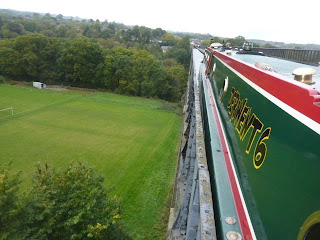 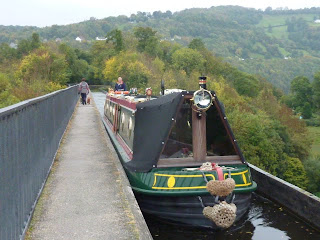 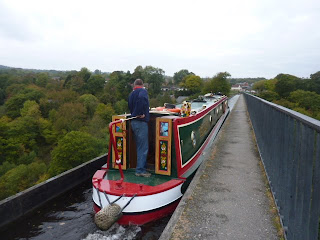 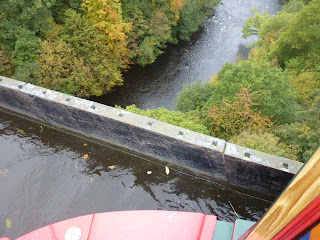 We took the turn onto the last, and most shallow, stage of the Llangollen, and crossed our fingers. 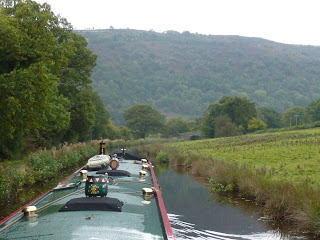 Derwent6 has a draft of about 23 inches and they were saying the canal was only 21 inches deep in places. The water levels looked good so we went for it. My god, it was beautiful along here as you went along the side of the valley, with the castle up on top of the hill. 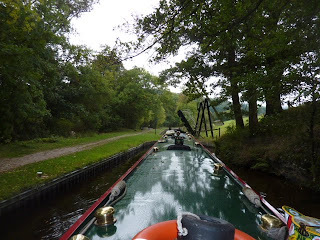 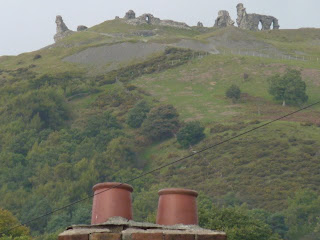 We scraped the bottom a couple of times and were only moving along at one mile a hour. Passing boats and bridges were the biggest problem as the water was taken away from underneath Derwent6. Al had to walk along in front of the narrow rock face sections, and we used the walkie talkies to communicate if something was coming. 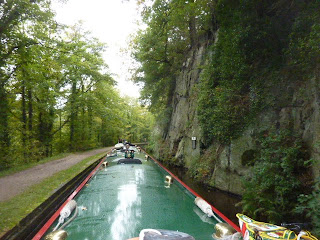 We eventually arrived in Llangollen in the afternoon and were lucky enough to not meet the trip boat which runs till the end of October. 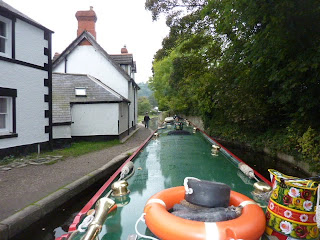 We were amazed at how quiet it was as no boats were moored outside the basin and only five were in it. We moored in a nice spot in the corner. 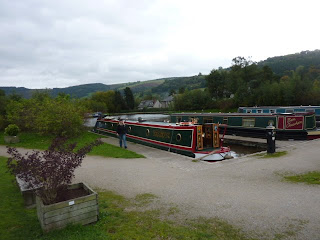 We can look out the cratch and watch the horse drawn boat go past every half hour. 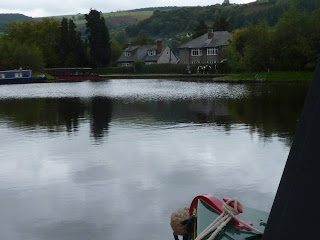 We then went to see the person you need to get your mooring permit from when you arrive, but no one was in the hut. We linked up to shoreline so we will be giving the batteries a real good charge, something they will need if we have another winter like last year.

We then walked round town as Del had promised Al that she could have a cream tea in the town. It is a lovely little town with the canal and River Dee along side the Steam railway station. 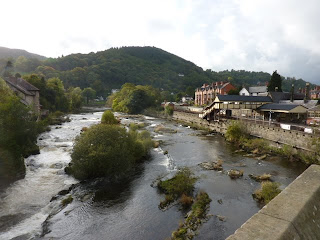 After our cream tea at the Cottage Tea Rooms, we looked in some shops and found a little secret hardware shop. 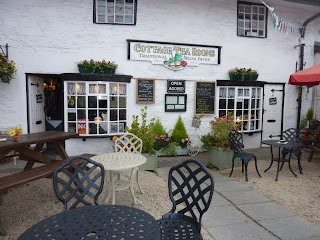 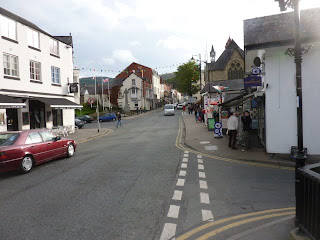 It was selling big bags of kindling at £2.50 and firelighters at 70p. We walked back to Derwent6, lit the fire and the heavens opened, it always rains in Wales........
In the evening we walked back into town for a pizza and was disappointed to find it had closed, even though it said open till 9.30pm on the door. So we had some Chips and made our way to see a band in The Bull pub...The band was OK but not great.. so we never stayed late even though the pubs stay open till 2.00am in the morning, Touch! 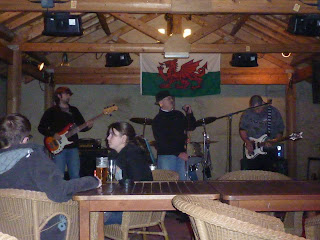 Me thinks I would have to let someone else navigate the boat over that one for me I would be sat inside.
That's a tad to close to the edge for me.
Cliff