Up the junction again

We left at 9.00am this morning to bright sunshine, with the adventure of not knowing what was round the next corner. The first surprise was the bridges, they are just fabulous. 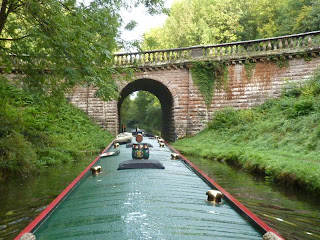 We soon got to Brewood (pronounced Brood) but decided not to stop. 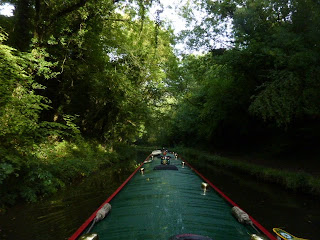 We pushed on to Wheaton Aston where a few little birds had told us there was cheap diesel. After getting through the only lock of the day we topped up with water and then sat in a hour queue for diesel. 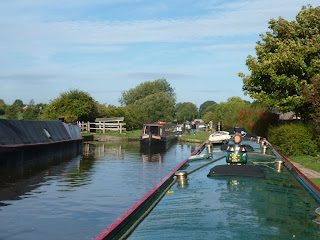 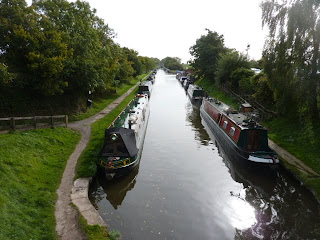 While we were waiting Al went to the local farm and picked up a dozen and a half eggs for £1.00. 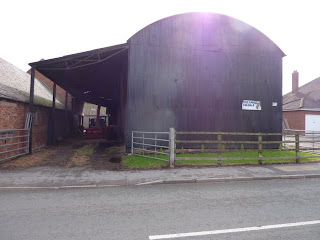 She then walked up to the local store and got bread and milk. By this time Del had fitted a new gas bottle and had got to the front of the queue. This place is a garage which serves red and white diesel and we haven't seen it this cheap for ages. We paid 56.9 a litre! 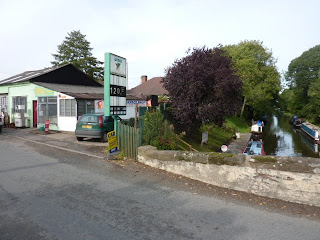 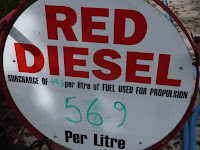 We left in the afternoon, passed Church Eaton and on to Gnosall, passing through Cowley tunnel. 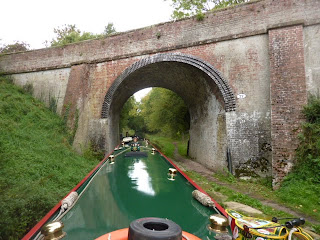 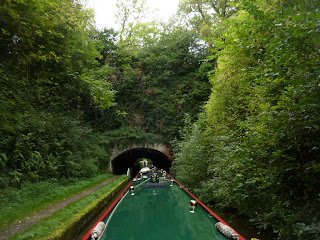 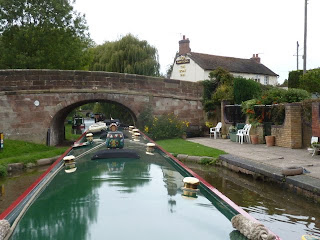 On the way we stopped to pick some apples which were just waiting to be picked by the side of the canal. Del gave the tree a big shake, and hey presto loads of apples. 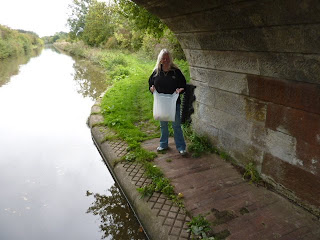 We made it up to Norbury junction which appeared to be very busy, but we got in. 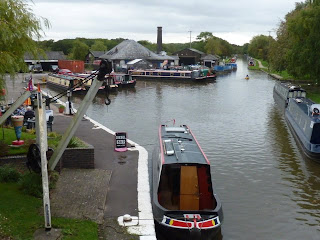 We set up the telly (for Al's Strictly) and got rid of the rubbish while we had a look around. We got back for dinner and then watched telly. It tried to rain later in the day so we seemed to have timed it right again.
Posted by Del and Al at 6:51 PM

Hi Both,
Glad to see you are enjoying the Shroppie. Chris and I have cruised it in hire boats over the years and it's a wonderful canal, we're sure you will enjoy what it has to offer.

Not sure how far North you plan to come but if you get up around Nantwich you'll be getting near us in Chester so give us a shout and we'll come and pay a visit. Will sure be good to catch up and natter again! May even have some news about our boat too as we are visiting Ken and Julia at Fernwood on 29th October.