To Grindley Brook and beyond!

With the excitement of moving into destinations new, we were up early even though Del had been up half the night coughing his guts up! It was clear blue sky's again but a little bit colder, a very autumnal day, and rude not to cruise...

We soon got to the lift bridge at Wrenbury and held up the morning bus. 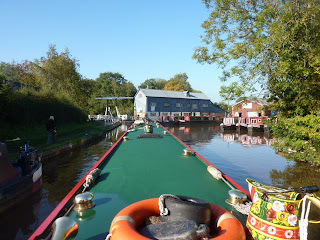 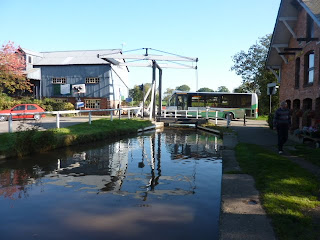 The canal then went out into the countryside and it was lovely with the sun on our backs. 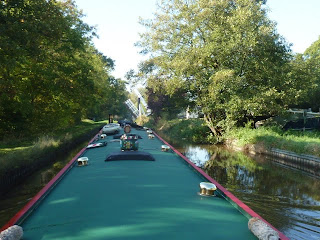 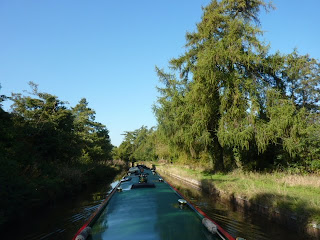 We then got to Willeymoor lock and the pub here was just starting to get busy as it was midday. 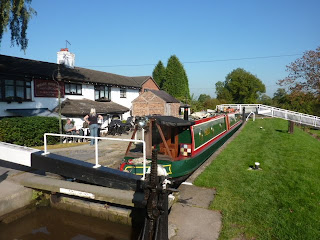 We then moved on to Grindley Brook, a lovely little place where lots of people were just chilling out with lunch. 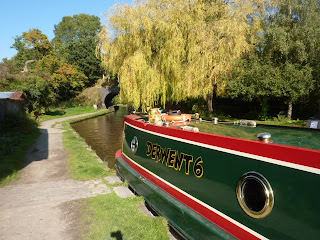 We then went up the staircase locks with the help of the two lock keepers and at the top Al went and got some more beers, which in this good weather we are having, were going down fast. 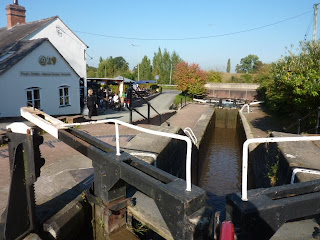 We then went past the junction at Whitchurch, which was very pretty, and started to look for a place to moor. 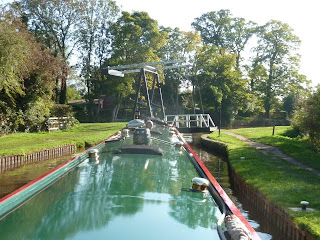 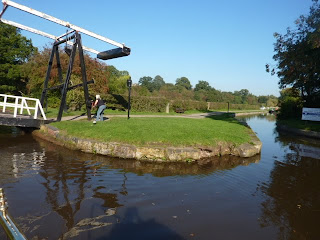 It was lined with trees for the next few miles and we needed to watch the sun go down, but in the end we found a spot in the middle of nowhere. 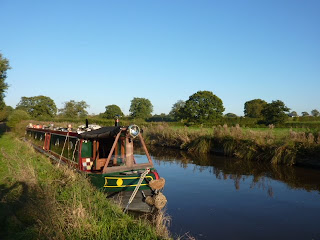 We sat in the cratch till the sun disappeared and then got in the warm as the temperature dropped and watched some telly to catch up on the world.
Posted by Del and Al at 7:55 AM

"you needed to watch the sun go down" God, what small little lives you lead! No one "NEEDS' to watch a sunset. What absolute rubbish you write!

looool it might be a load of old rubbish James, but thanks for reading it !!!