We woke up at 6.30am to watch the Grand Prix only to find that the race had been delayed because of rain. We had a hard frost and it was minus two outside so we lit the fire after the heating had gone off and it stayed lit all day. 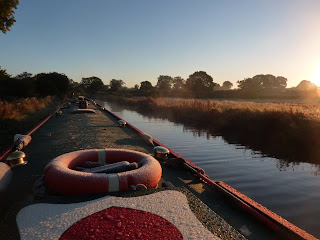 After the race, Del then started on the engine, and took off the covers. After removing the belts he found out that the spare belt that Beta had supplied us was 50mm too big, typical..... 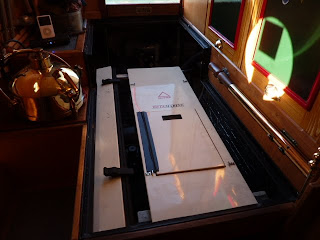 Del then had no choice, and had to be happy with just turning the old belt around even though it was split halfway through. 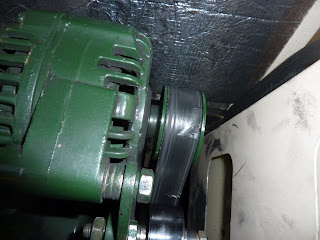 Lets hope we can get a new belt quickly. We then run the engine for a couple of hours with no noises, but we don't know for how long.
The sunshine was with us all day and Del went looking for more wood and wiped down Derwent6, working up a appetite, while Al cooked a lovely Sunday lunch with twelve Yorkshire's. We scoffed the lot, but after our early start we then had trouble staying awake! 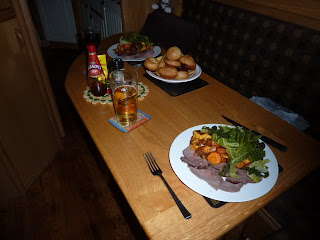 Good luck with the belt ....those yorkshires look grand ....

Thanks! Although I did only have three of them, Del scoffed nine!!!!!