Back through Swanley and on the Shroppie

We all woke up this morning to lovely sunshine, so we had some breakfast and set off. With the extra crew we soon got through the first electric lift bridge and back out into the countryside. 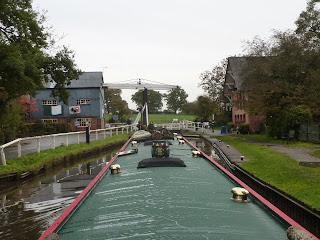 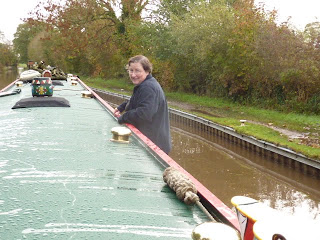 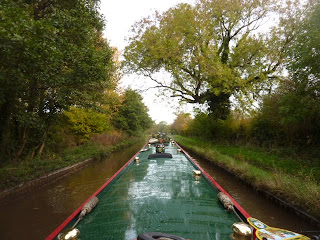 We went down the three locks at Baddiley and then got to Swanley Locks. As Del and Steve came from Swanley in Kent it seemed quite fitting to have a photo at these locks. 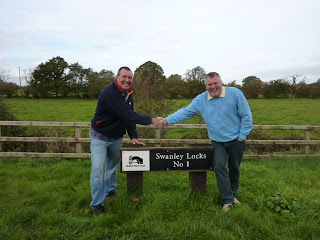 We then went down the lock flight of Hurleston to the end of the Llangollen canal. 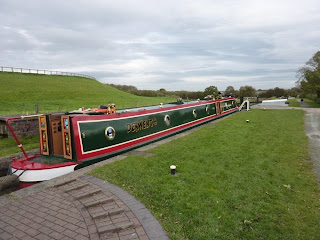 We then turned North on the Shropshire Union canal and made our way to Barbridge. 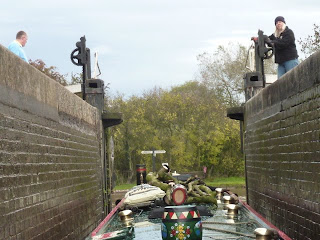 Steve took over the steering as we headed for Barbridge. 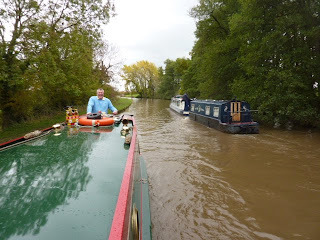 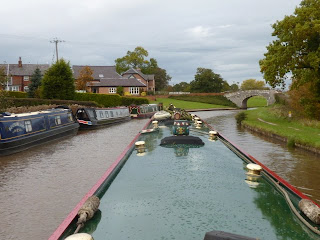 We managed to get a mooring not too far from the Olde Barbridge Inn pub as in the Nicholson guide it said there was Jazz on a Thursday night. 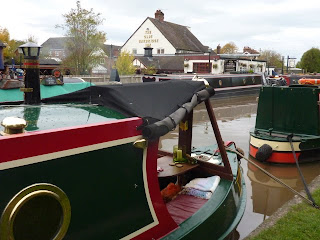 We went over there at 7.00pm and had something to eat and then found out that there was no music on in the evening as they had stopped doing it. Uhhh!
Luckily we then got a tip off that they had music at the pub up the road, The Jolly Tar Inn.
So after eating, we made our way up there, and we did pass this prize Pumpkin on the way. 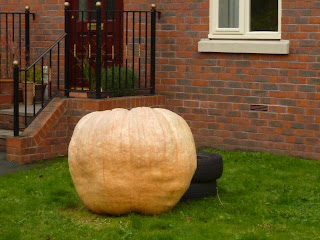 When we got there a group could Stipe (a REM tribute band) were getting on stage. 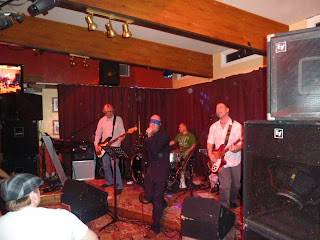 Well we could only stomach the first half of their performance, but if you were a die hard REM fan you would have loved it. 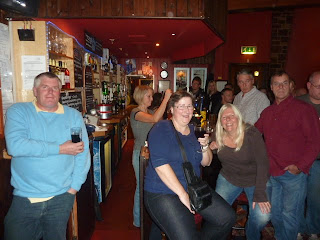 We walked back to Derwent6 for coffee and chasers before bed.
Posted by Del and Al at 7:37 PM