With clear blue skies ahead we set off at 9.00am this morning.... 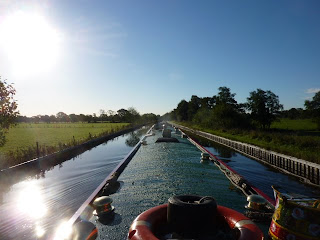 We soon got up to the first lock but had loads of problems with leaves round the prop and the canal being really shallow. Once we got down through the second lock it seemed to be a bit better. We did have a laugh passing this hire boat. Have a look at how they have moored up. Hope there's no cyclists around here!!! 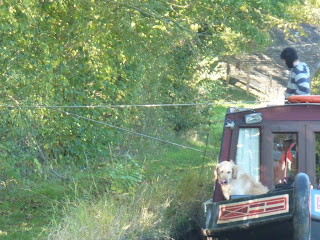 After a hour and a half cruising we got to Frankton Junction where the start of the Montgomery canal appears. 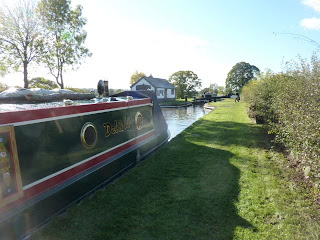 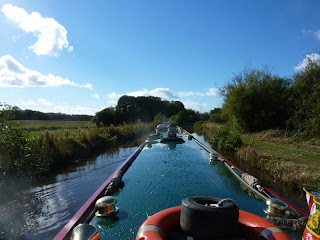 We had booked our slot yesterday as they only allow twelve boats a day to go up and down the lock flight. This is because the Montgomery would take all the water from the Llangollen if more boats went down. We were lucky today as seven boats were coming up, and only us and another boat were going down, meaning there would be plenty of mooring spaces. We were amazed at the Monty, it seemed like you were on a small river as Derwent6 weaved in and out of the reeds. 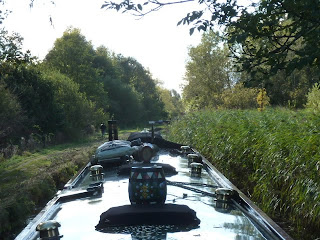 There seemed to be plenty of water on the first four miles and you then have to drop to two miles per hour as you do the last three miles. It is just so quiet out here and the wildlife is fantastic. You can't see any houses for miles around as a lot of the canal is a nature reserve. 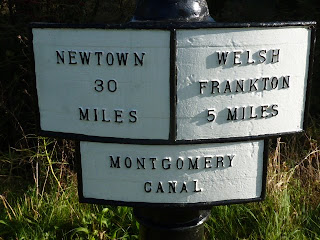 After four hours we got to the terminus and managed to moor up right outside The Navigation Pub. 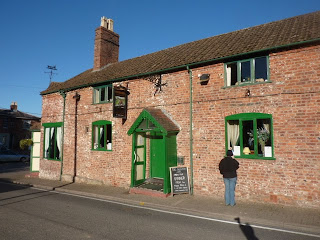 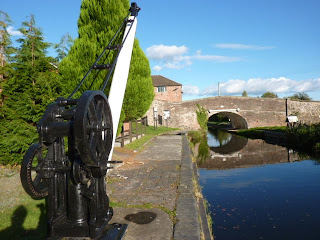 We then went to the farm shop and it was a self service shed with a honesty box outside. They did everything in the vegetable range and everything had just been pulled out the ground. They also sold pickles and chutney's and in the fridge was mushrooms, milk and cream. 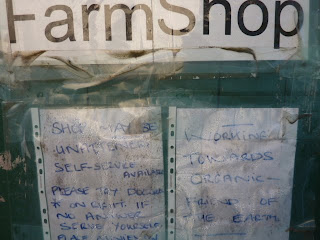 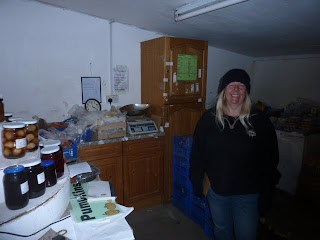 Don't you just love the fact that people still trust others in this world... We then went back to Derwent6 for a quick shower and then walked round the pub. They were doing a early bird deal with 15% off, and we had been recommended by three other people (thanks Adam) to go so we gave it a try.
We had a lovely meal and a bottle of wine, alongside a open fire, a perfect end to a perfect day!
Posted by Del and Al at 8:36 AM

Gosh you are keeping the dream alive for me ...i have been at school all day dealing with hectic behaviour as its only 1 day to half term .......oh to be pootling along a canal ......Lorna

Glad you enjoyed the Monty and The Navvy.

I don't think the limit on boat numbers is a water thing (the Llangollen is fed by the river Dee, so there's no shortage of water). It's because of the nature reserve, and trying to make sure that the wildlife isn't disturbed.