We left at 9.00am this morning to get up on the water point as we had noticed some credit still on the pumpout machine. We managed to get it set up and it lasted about 30 seconds before it stopped, but it did get rid of a quarter of a tank. We did the rest manually and topped up with water at the same time. I know we seem to get through some water at the moment, but we are making the most of getting a load of washing done on these straight runs. 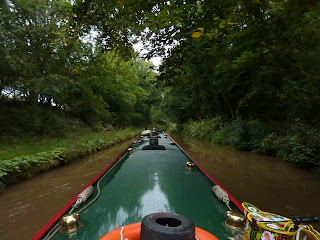 We made our way up to the five Adderley locks and were lucky enough to get straight though these with four in our favour. We did have to dodge the chickens though!!!! 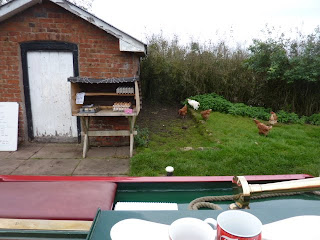 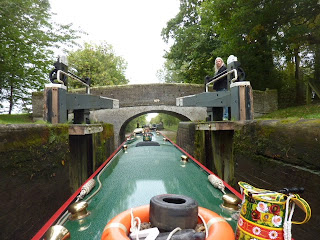 We then carried on till we got to the fifteen locks of Audlem and made our decent into Cheshire. 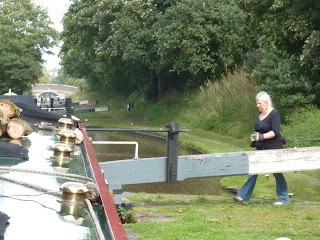 We stopped just over halfway down the flight and found a spot on the Audlem visitors moorings. 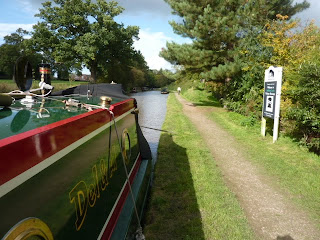 We then took a walk in the village and were pleasantly surprised. 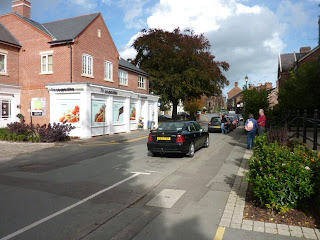 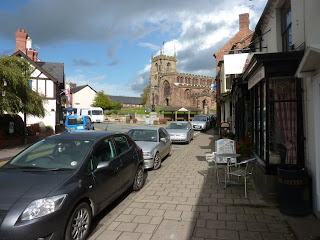 It is very pretty, with all the shops you need, We then went into the church which was open (nice to see) and had a look around this beautiful 13th century church. It was decorated with kids painting and works of art for the harvest festival they had over last weekend. 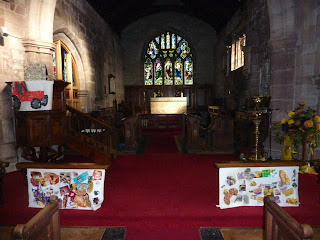 We went back to Derwent6 and Al did some bits & pieces while Del did the brasses and Yep it rained. Only a quick shower, but it rained.
In the evening we walked down to the famous pub on the cut The Shroppie Fly where the bar is a full size narrowboat. 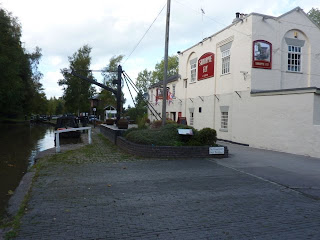 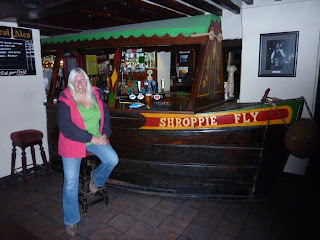 We just had a drink, (as they had stopped doing food) but it was so quiet, we decided to walk down to the Fish and Chip shop for a change but that closed at 9.00pm. (Oh well, it helped our diet) So it was back to Derwent6 for some nibbles and a film.
Posted by Del and Al at 8:33 AM