Is that running water, we can hear

We were woken up at 2.00am this morning by the sound of running water in the stern of Derwent6, and after jumping out of bed armed with a torch, with nothing on, we were checking the bilge. Well it was bone dry, so an inspection of the outside world (still in the raw), we found that we had moored up right next to a drain pipe which was dumping water into the canal. A relief, but now we were in the wide awake club..... 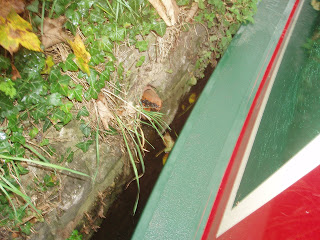 On top of that we had some 'watch it come down' builders knocking down the old leisure centre opposite us, banging and crashing better than an alarm clock..... It was fascinating to watch though!!! 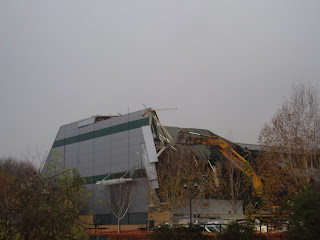 We had to move today because Rammey Marsh lock is having new lock gates next week and we don't want to be stuck on the River Lee till the new year. 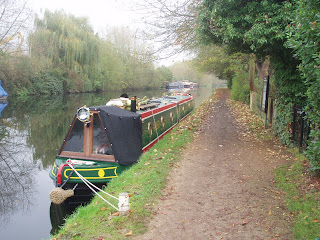 It was nice cruising early again and once again all the locks were still in our favour, we still hadn't seen another boat.

We came pass the Cheshunt moorings where everyone had been moved on due to some towpath work which was going on till the beginning of December.
We got through Rammey at around midday and saw the diesel and coal boat just pulling off in front of us as we were mooring up. A stroke of luck as we needed diesel, or not as she didn't have any left. 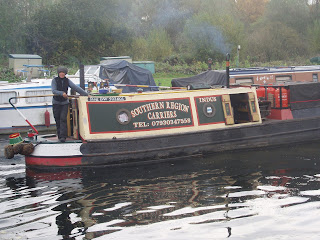 We then walked to the station to pick up a railcard. Later in the afternoon Del went mountain biking in Epping Forest where there are loads of mountain biking routes, and he came back plastered after it started to rain. So in the evening we were both tired and just ready to snuggle down for the night.
Posted by Del and Al at 1:41 PM