A good time by all 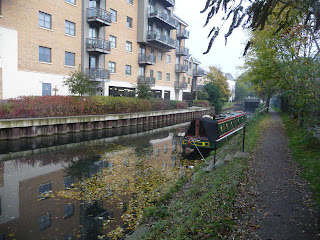 Well can you believe it...Steve, Erica, Tanya and Zak are going home today and yep we woke up to rain, how lucky were they. Steve set of early to pick the car up by getting the train back to Broxbourne and back up to Hertford. It was £7.10 for a single, but return was £7.20, 10p more, what's that all about......
Well while he was doing that, the girls did some shopping and Del and Zak moved Derwent6 down onto the water point. We filled with water and when Steve arrived we loaded the car and said our goodbyes..Thanks guys for a lovely time....
We then tried to do a pumpout, but the card we had brought didn't work, so we tried the manual pumpout and guess what that didn't work either. We don't know why yet, but it must be something in the tank that has blocked the manual electric pump. We should be alright for a couple of days anyway.
We made our way through a couple of locks and got to one of the low bridges. Although we had filled with water and moved all the wood and coal as far to the bow as possible we still ended up taking the chimney off to get under it. 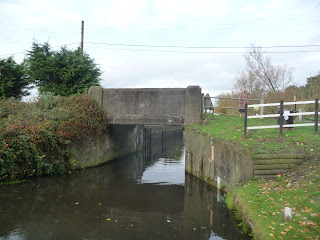 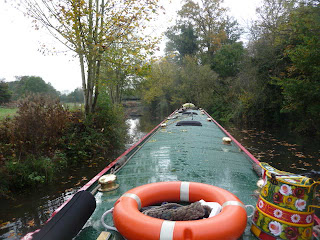 The canal then opened up again and we moored up in the middle of nowhere. 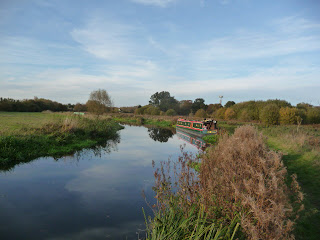 It was a lovely evening and Del played the guitar on the stern while Al read a book with the Halloween fireworks going off in the background.
Posted by Del and Al at 5:49 PM