Guide us through the streets of London 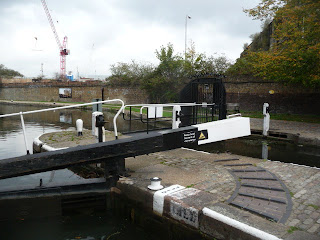 Well we needed this key....or so we thought! We waited for the BW office to open at 9.30am to obtain this handcuff key which the Nicholson Guide said you needed, and surprise, surprise you don't. A normal BW Yale key does the job fine, as there are gates at nearly every lock which you need a key to pass through. you only need this handcuff key for the Leeds & Liverpool canal. 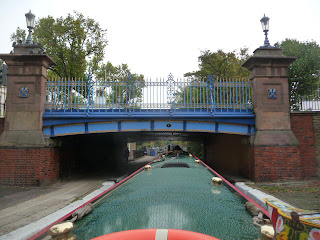 So after leaving later than we intended we set off through Maida Tunnel which is one way but only 272 yards long. 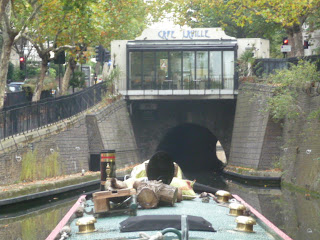 We then passed the very pretty Regent's Park and the famous, Blow up bridge. 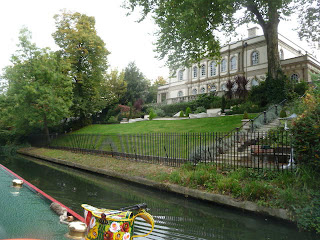 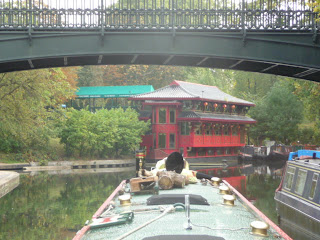 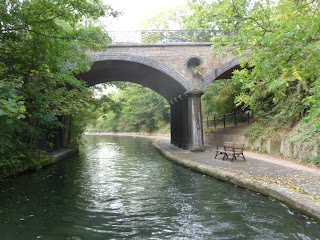 We then carried on through London Zoo, but as we were a bit too late, we never saw any animals, it must have been feeding time. 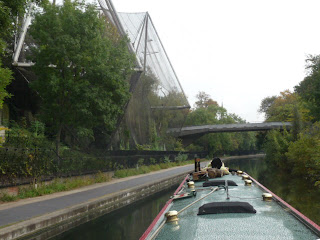 We then hit Camden Town and the markets, which was very nice now it has all been done up after the fire they had. 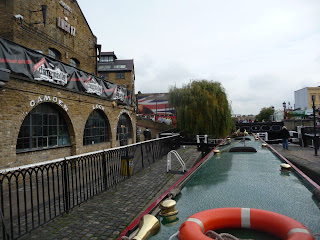 We passed just as the shops were opening and there were still a lot of onlookers taking photos of Derwent6. 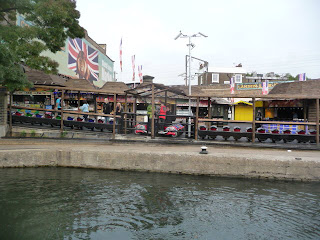 It was then on past King's Cross and St Pancras and then through the Islington Tunnel. This one is 960 yards long and you can pass. 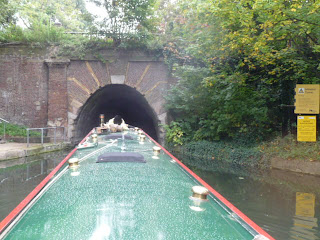 We still had not met a boat at this stage, where is everyone. It seemed so bizarre that it was manic all around us but no one was on the canal. Then we hit Hackney and Globe town....Umm not so nice. Funnily enough the water was quite deep and very clear but you could see everything in it. At one stage we could see that someone had taken the trouble to fill this skip and then chucked it in the canal...Great! 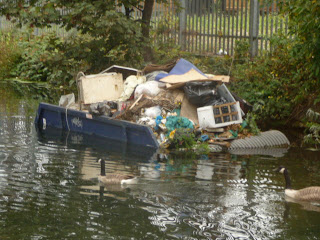 We were then very lucky as BW were at Actons Lock and just about to drain the pound as one of the paddles had been, well it looked like nicked.... We did laugh as on his dredger boat he had what looked like a brand new motor scooter. "Oh we get at least three of these a week" the BW guy said. "They just nick them for a ride home, and to get rid of them, dump them in the canal". So don't buy a cheap scooter on E-bay.
We were lucky as we didn't get anything caught in the prop and Derwent6 went like a dream.
With Canary Wharf in the foreground we dropped down the lock into Limehouse Basin. 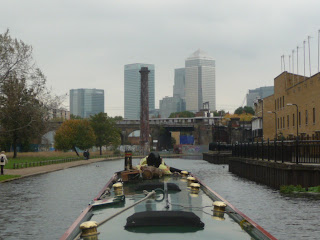 There were all these flash boats on there pontoons and we did a sharp left and found the visitors moorings. See if you can spot us in this picture. 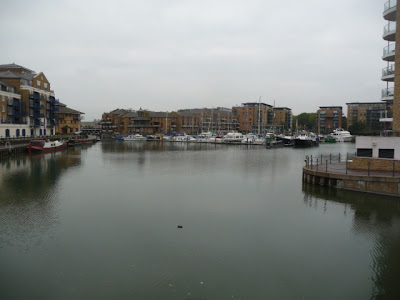 There seemed to be plenty of room and out of our window we could see all these top notch apartments. Wonder how much they are paying for them, more than us, we bet.
We then went for a walk around the basin and looked at the Thames. One day we will do it, but still too much to see and do elsewhere.
After getting back to Derwent6 we had a casserole which we had been cooking all day, and looked out of the window with all the lights of London reflecting in the basin. It was a memorable evening. 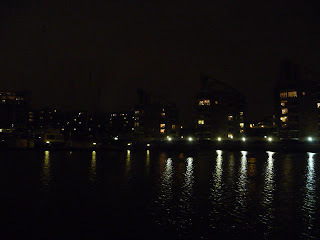 Definately don't throw the key away ...... u will need it in all parts of the midlands ... u will curse the number of times you have to go back to the boat to collect it ... I even suggest you get another one. As always keep two just like you keep three windlasses !!!!!!!

Looks like the southern lights keep calling you back. Good to see you are both enjoying your slow way of life after all thoes years of the fast life. Will call soon.

Hi, yep the key will no doubt come in useful once we get 'up north'

Hi Steve
Yep you can't beat London and it feels great enjoying it rather than working in it and rushing about to try and beat rush hour!!