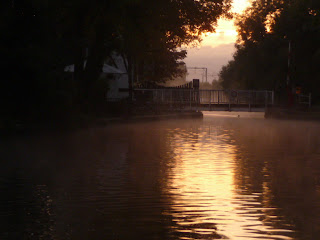 Woke up with a mist on the water and a tranquil feel about it. As we are now following the railway, we did have trains all night and could hear the traffic, something we're not used to. We left this morning at around 9.30am and the first hurdle was the electric swing bridge, which we had not done before. 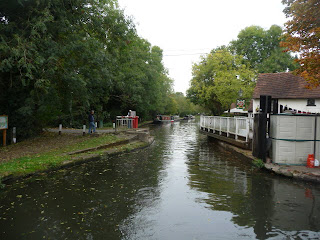 Well it turned out easier than we thought and Al pressed all the the right buttons and stopped the traffic when the barriers came down . After getting through we headed to Hemel Hempstead and it turned out to be a bit of a non event after Berkhamsted. It was nice, but not stunning, with it's rough bits, like Jurassic park, and better bits. 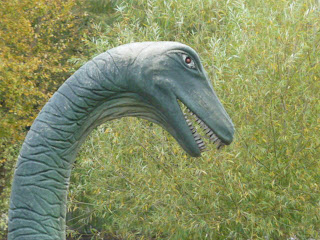 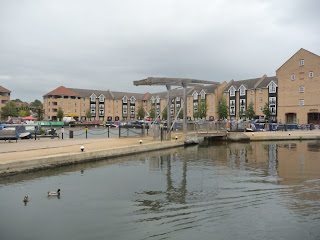 At one point we couldn't even get on the lock moorings due to a BW boat moored on them. 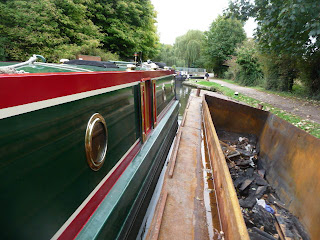 It did have a big Sainsbury's which yes, we had to stop at. We had done all this section by foot and knew what it was like, because Al used to do some work here and we used to go down to the canal for lunch. It was a lovely feeling being on Derwent6 and watching other people having their lunches in the same pubs we used to go in.... 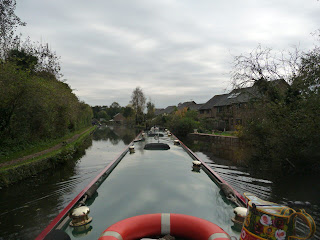 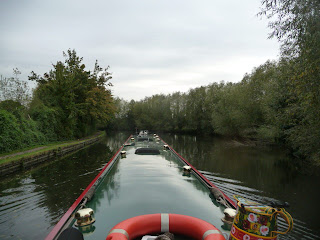 After getting through the town we got back out into the country and it wasn't long before we spotted a fallen tree....rude not to grab some wood then.... 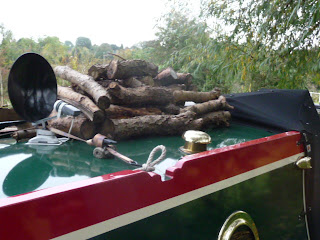 We then passed under the manic M25, another nice feeling, mind you they weren't queuing on it. 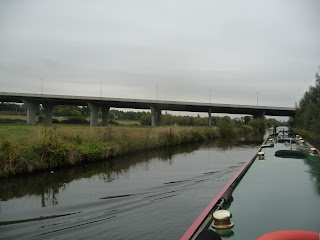 It then started to rain so we moored up as quick as possible, the only bit of rushing all day. Once the fire was lit, that was it for the day. We couldn't get a TV signal here as we were under the trees, so just listened to music with a nice Lasagna, warming our toes by the fire.
Posted by Del and Al at 8:57 AM