Oh! we were clearing the prop today

Up early this morning and left Limehouse in a drizzle at 7.45am. 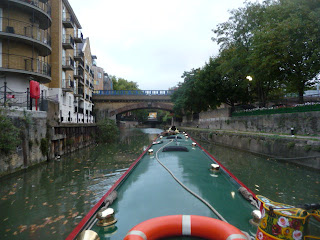 It was then through Hackney and Bow, as we heard the Bow Bells strike at Eight. We've got to say not the best scenery in the world, but it does open your eyes as to what goes on in life and makes you realise how lucky you are.. The first thing you notice is the extra crud in the canal...poor old prop, you can see from this shot down the weed hatch, but on the plus side how clear the water is. 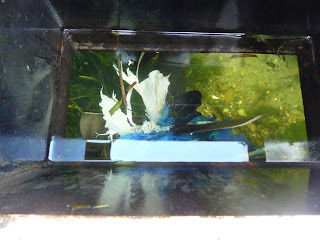 We moved on past The Three Mills and Bow waters before we hit our first all electric lock. We could get used to these...... 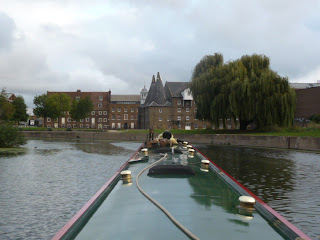 We then passed the Olympic site and you could see how they are making progress on the major stadiums and the Olympic village. 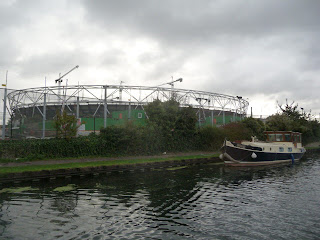 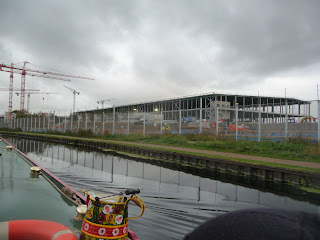 We picked up some Diesel at Springfield Marina where we spotted a coal boat serving all the moored boats outside. 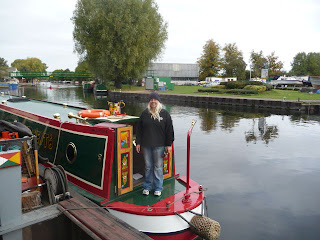 We then made our way to Tottenham where we stopped for water and a pumpout. The water pressure was so slow we had lunch and still it hadn't filled so we turned it off as a bad job. The muck in the water here has been horrendous down this section with plastic bags and weed around the prop. It came off like green candy floss and you could see everyone else had had the same problem with clumps of it on the towpath all down this section of the Lee. Some of the locks were just full of it. 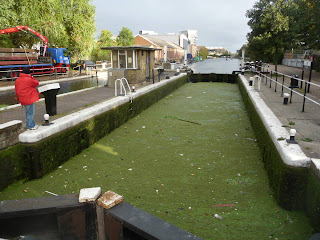 The locks are also very difficult, with gates awkward to open (when not electric) and Derwent6 being thrown about when filling a lock. The paintwork has taken a bashing. We pressed on today to get up to Waltham Abbey and there is not much to say about the last sections because they were long straight bits, going through old industrial bits, with lots of Pylons, but there were just loads of Swans. 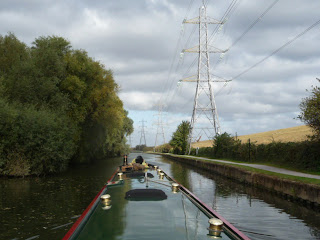 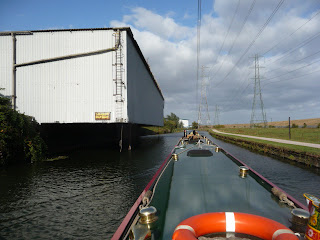 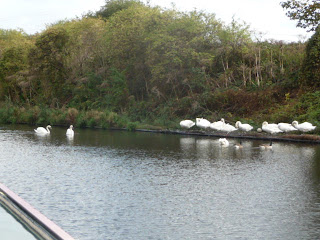 We travelled for seven hours today with not many places to stop. We were knacked, doing nothing really!
Posted by Del and Al at 6:10 PM