Paddington (Not a Bear in sight)

We were up at 6.00am this morning and set off at 7.00am. We had a long stint of about 17 miles but no locks. It was lovely with the mist on the water and just the traffic in the back ground as we idled past the moored boats. 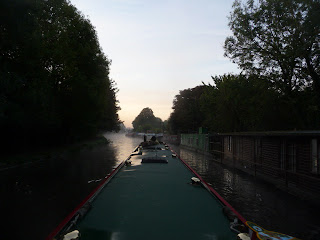 It wasn't long before we caught up with one of the Working boats filled with sand and we had to follow him for about two miles before he waved us by. 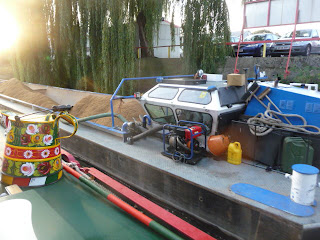 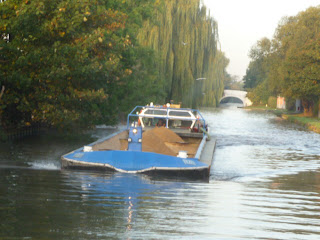 We then had the waterway to ourselves and never saw another boat on that part of the Grand Union all day. 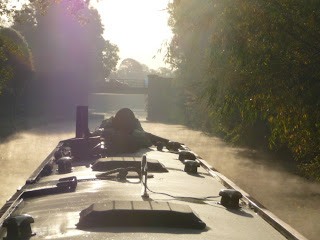 It was just amazing travelling into the centre of London, going through parks and golf courses and even cemeteries. 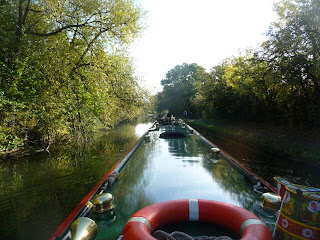 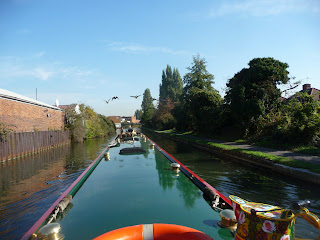 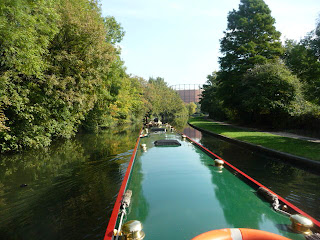 We passed Wembley Stadium, Wormwood Scrubs, and even went over the North Circular on a aqueduct. 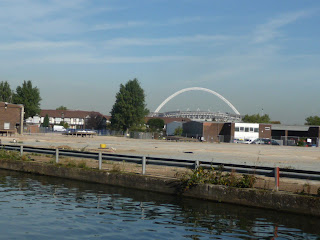 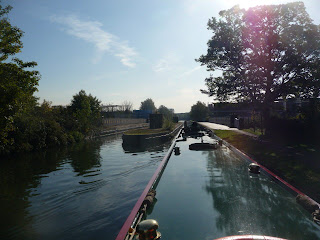 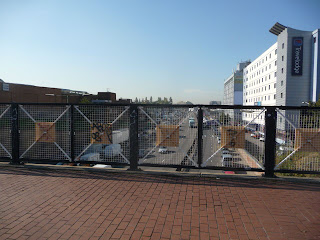 In some parts it took you back into the old London town like in Oliver Twist. 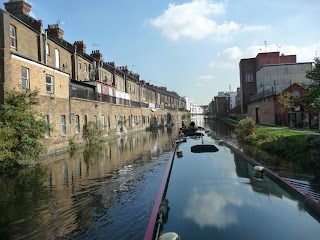 The rubbish in the canal wasn't that bad and because the working boats had been up and down it was very deep in places. We passed the old 1833 Kensal Green cemetery gates where coffins for burial were bought up by barge, back in them days. 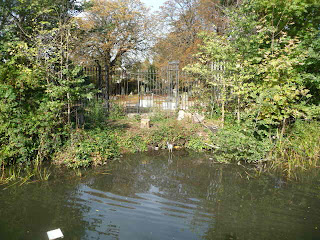 Before we knew it we were in Little Venice and found all the visitors moorings taken. 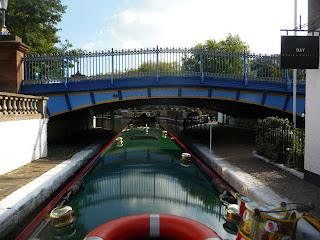 So we had to turn in to Paddington Basin, where we managed to get in right at the end. 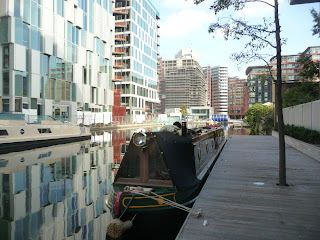 After settling in we set off for a walk around Kensington Park and saw the fountains and Princes Diana's memorial. 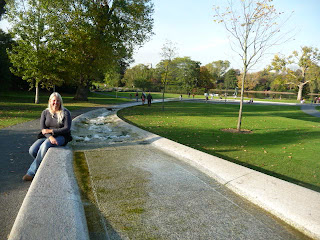 We returned through Hyde Park and then walked around the station. We then walked up to Little Venice and sat in the sunshine for a bit before heading back to Derwent6. We wanted to go out for the evening, but due to us being up early we were bush whacked.
We have just found out we need a handcuff key for the locks tomorrow, so it won't be such a early start as we will have to wait till the BW office opens in the morning. What are we like!!!!!!!
Posted by Del and Al at 6:21 AM