Taking it easy to Marlow

We had some rain overnight, so Del was up doing the brasses before we decided to leave. 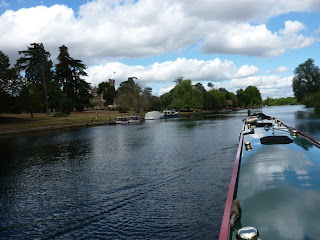 We made our way up to Maidenhead via two locks which we have got to say were very pretty and covered with flowers. We could smell them travelling up the Thames. 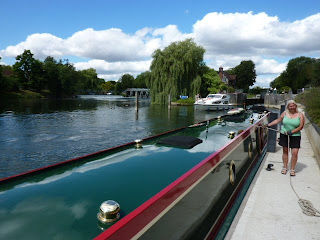 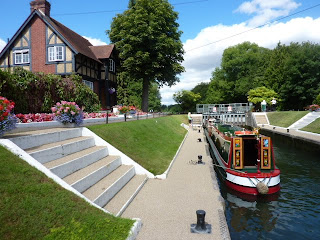 When we got to Bray the houses here just blew you away. Money to burn comes to mind!!!!! Here they call this millionaires row, with famous residents such as Gerry Anderson, Rolf Harris and Michael Parkinson to name a few. But we still wouldn't swap any of them for Derwent6. 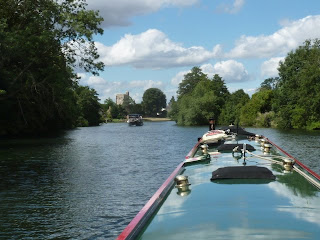 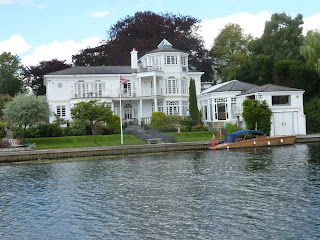 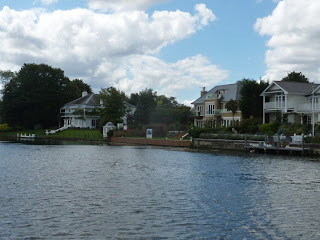 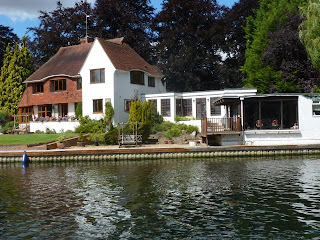 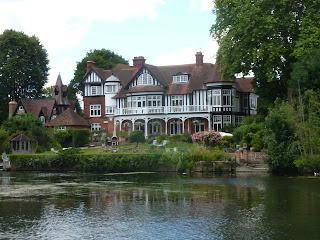 We were overtaken by two narrowboats today and no-one was going to rush Derwent6. We were just taking it all in. 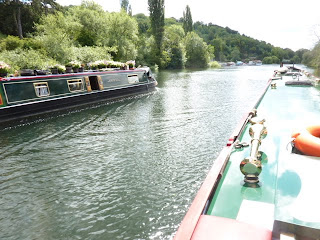 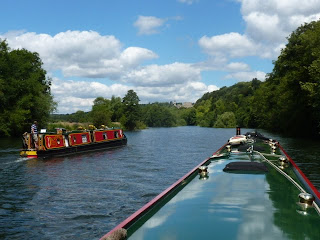 Maidenhead was also very nice and the Thames was really narrow in places and really wide in others. 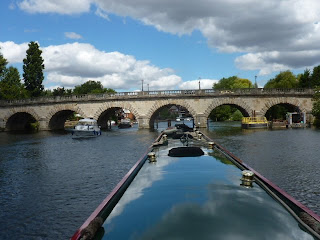 We soon had the beautiful hills on one side of us and the Thames went into it's Amazon look as we headed up to Marlow. 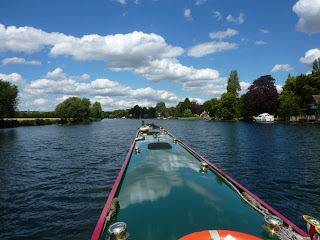 We were hoping to moor here but the spots were all taken so we moved on up through the next lock to Temple and as this is at the half way point, we found a nice spot on the meadows. 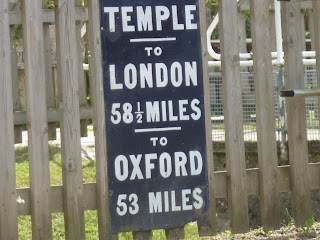 This was advice from the lock keeper as he said "they should be four pounds for a overnight mooring, but they can never be bothered to walk over there". That will do for us!!!!!!! 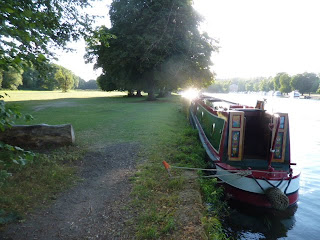 Del then walked into the village to the farm shop which just looked like a normal house from the outside. He picked up some bits and pieces which we needed. 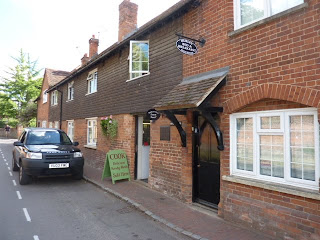 We just relaxed for the rest of the day. Oh and guess what!!!! the warden has just come round!
Posted by Del and Al at 5:23 PM