After some early rain we decided to move... It started to clear up as we left and we made our way down to the first lock past some more posh houses. 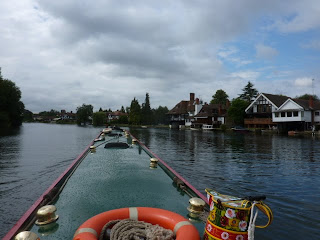 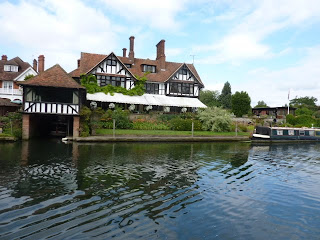 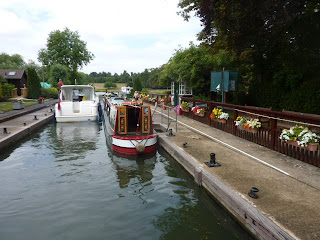 When we got through we thought it was an opportunity to have a pumpout even though we were only 3/4 full. We topped up with water and got rid of our rubbish all at the same time. As we left, three boats were trying to get on our spot, good timing!!!! 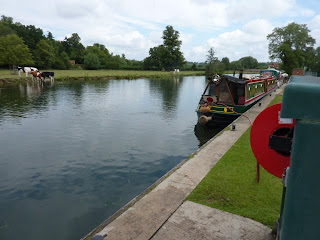 This little steamboat passed us while we were waiting! 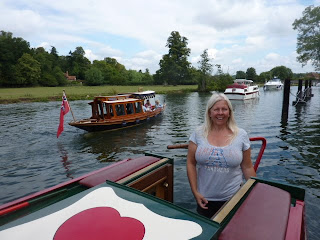 We didn't plan on moving far and as the Thames went out into the countryside we decided to stop at the little village of Sonning. 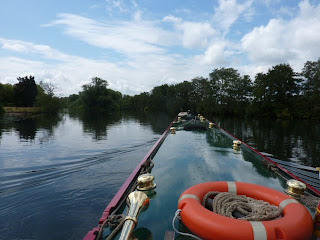 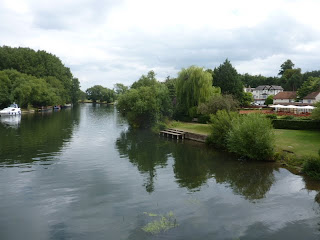 We had some lunch and watched the world go by.
This is a busy little village though, because of all the traffic trying to cross the Thames at this point. We walked up to the pubs and checked them out before we walked up to the church. It was open due to the fact they were getting it ready for two weddings on Saturday. 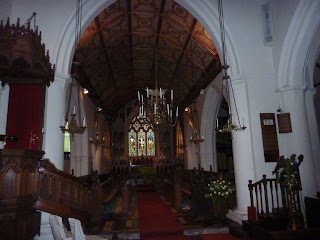 We then walked along to the lock which had some tearooms attached. We had tea for two and a ice cream in the sunshine..... 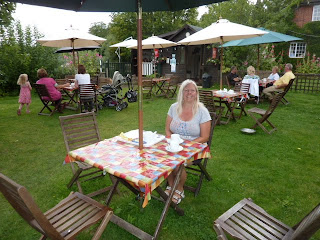 We then got back to Derwent6 and spent the best part of the afternoon talking to the locals.
In the evening we had Joy & Steve visiting as we are only ten minutes away from them and we walked over to The Bull which is a 15th century pub which just does the best food..a bit on the pricey side but worth it. 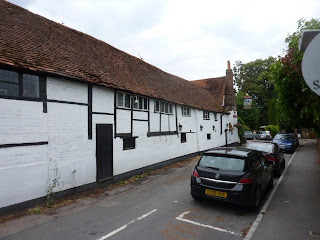 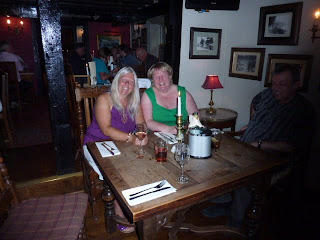 Love the blog, fantastic photos, I live a couple of miles from Sonning (inland) but spend many hours cycling along the thames / K&A as well as kayaking up and down both.

If you see a 40 year old kayaking with grumpy kids say hello...

Hi Martin, what a lovely area you live in, we've loved it on the Thames.....give us a shout if you go by. Glad you enjoy the blog.....