We left this morning at around 8.45am and set off down the locks at Kings Langley. 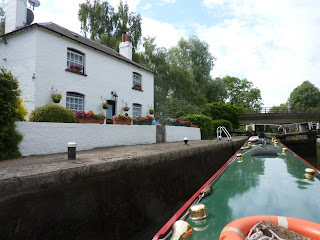 After passing under the M25 we came across this strange sight...No! you're not seeing things it is a Camel grazing in a field.. 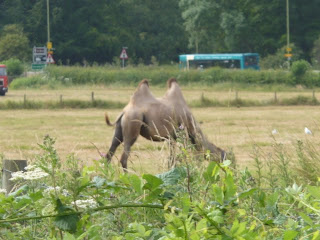 Low and behold all was made clear, the circus was in town at Hunton Bridge, that's a relief! 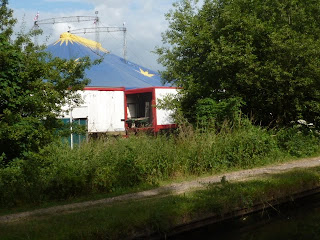 We then went through Cassiobury Park, one of our favorite parts of the Grand Union. 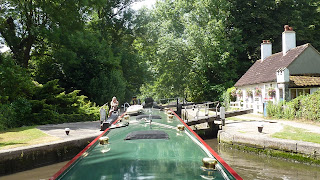 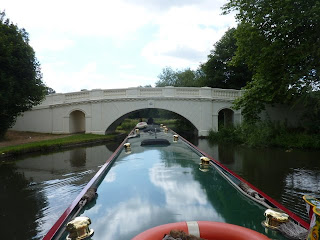 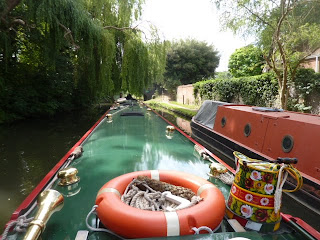 Can you spot this fella hiding in the chain link fencing? We did stop and give him a Apple! 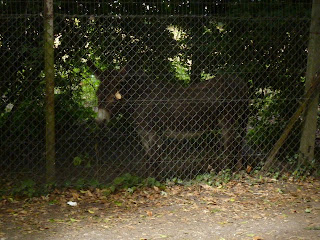 And this crayfish tried to get on Derwent6 at the next lock... 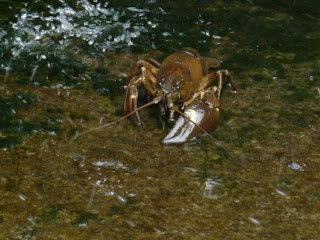 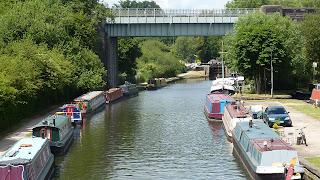 We had a short walk to the Havester pub at Croxley Green where we picked up a early bird as much as you can eat salad bar with free refills on drink for £4.95 each.. bargain! Al did mange to cover herself with mustard, still she is hot stuff!! 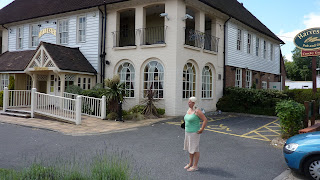 With very full tummies we both had the itch to move again so we pulled the pins as the weather was just right for cruising. We got to Batchworth and just the other side of the lock is a working miniature canal system. Due to the good weather we have been having it didn't have any water in it (a bit like the real thing) 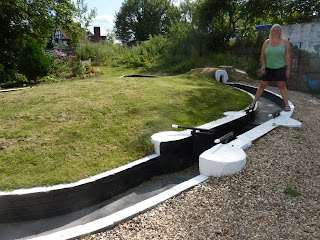 We then stopped at Tesco's where you can bring your trolley right up to the side of Derwent6, great for stocking up with beers. 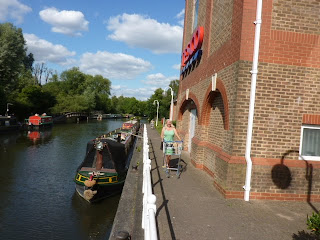 We then decided to call it a day and moored up just the other side of Betchworth, and as we were mooring up we had a heron letting us know we were on his patch. 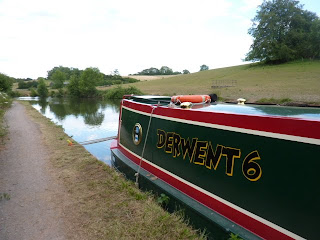 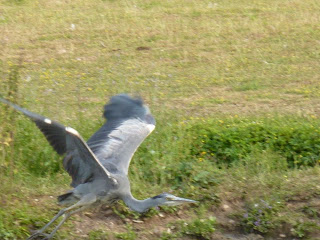