On the Thames at last

We were up early as we had to get through the tidal lock before we got to the main gateway to the Thames. We had a appointment at 8.00am and we had to wait half a hour before the lock keeper turned up. This had put us behind and meant the tide was going out. The weather was good but there was a strong wind which was forecast to get even stronger. So not only were we going up stream, with the tide now going out we had the wind against us. 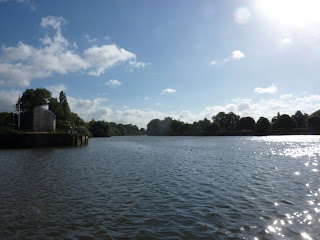 We turned right onto the Thames and Derwent6 just stopped, we weren't going nowhere. We upped the revs to 2000rpm (we had never been there before) and we slowly crept forward. We were pleased to have the life jackets on as we felt we were going to be blown off the stern! 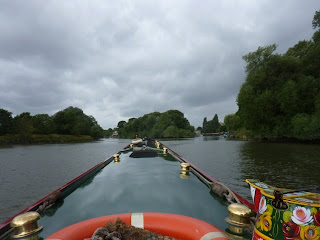 Once we got going it was just fantastic...... We went past Kew gardens, Richmond and Twickenham before getting to Teddington lock. 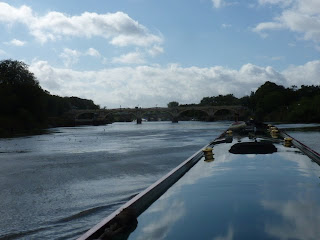 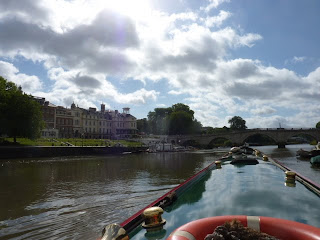 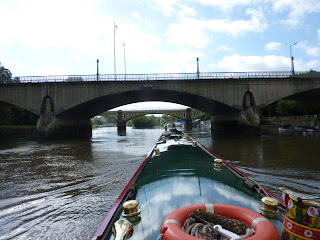 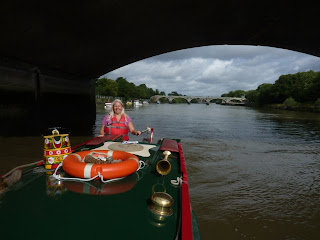 We pulled up on the lock moorings and found out what we had to do before entering this massive lock. 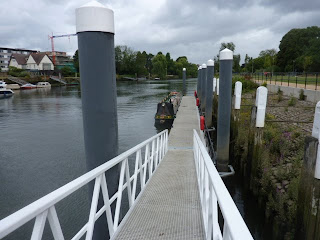 We got off and held the bow and stern as the gates opened to let the water in. 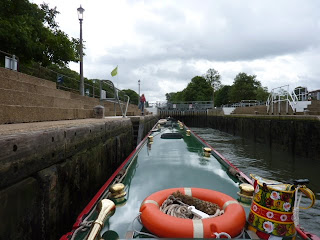 We felt we needed a breather after all that adventure so we moored up on the non tidal section and walked back to the lock keeper to buy our licence. We had a 15 day licence which set us back £128.00 (no food for a week then) 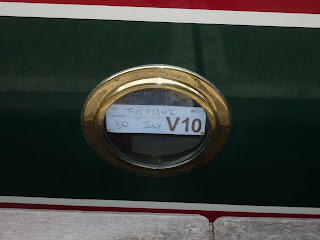 We had some lunch and were going to set off again but the wind had got even worse. Good job we left when we did!!!! 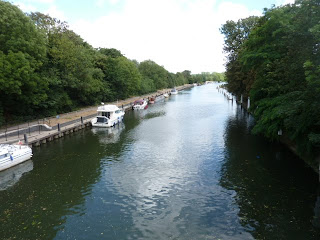 So that was it for the day. They said the wind would drop in the afternoon, but it didn't, so we decided to stay put. We had a look around and found two good pubs which had some live music on in the evening. We could hear it all from the cratch on Derwent6, so we got out the beers and the cheese and biscuits watching all the trip boats too-ing and fro-ing past us all night. 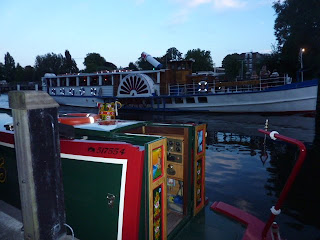 Hi Both
Have a good look at the stern of that "paddle wheeler" in the picture. The wheels are fake, she's got screw propulsion just like you and me!
Have a good trip, look out for No Problem.
Cheers, Geoff

Glad you enjoyed your first taste of the Thames, the best is yet to come.

We were very glad to be off the tideway before the wind picked up! The photos are great though - we always feel very swanky when crusing through exclusive Richmond!

Enjoy the rest of the Thames - how far up are you going?

Well done!!!Al I know how you don't like the waves.Do we need to send food parcels?or was the last Tesco delivery enough to keep you going!!!!
Luv Tel xxxxxxxxxxxxxxxxxxxxx

Hi Geoff and Mags, Thanks, yep should have said the paddle Steamer was a 'lookie likee' lol. Think Sue & Vic are a bit ahead of us, but hope to maybe see them.

Thanks Karen, we can't wait! Really enjoying the Thames so far

Hi Sue, hope to go all the way to Lechlade, but depends on the time. Agree with you it's great cruising past all the big houses in our own home!