We were surprised again to see bright sunshine this morning so we got up early and headed off to Market. In Penkridge they have a market every Saturday and what a market it is. They sell everything... the butcher in his van was auctioning things like packs of bacon to Rump steaks and also massive packs of mushrooms, pizza's, and raspberries just for a pound. 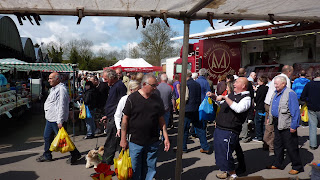 We had a good look round and got back to Derwent6 around 1.00pm.

In the afternoon we cleaned up a bit and had a long chat to some new friends Gary and Bea on nb The Answer who were behind us, and we watched the traffic passing in and out of the lock in front of us. 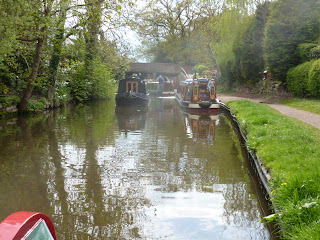 They very kindly helped us out by supplying us with a BCN lock key as they had a spare one, thanks guys!.
Late in the afternoon we were met by more friends, Maxine & Graham who had travelled from Kent to see us. We had booked a table in the village at Flames the Indian restaurant. We had a lovely meal and a good catch up with a few beers. Afterwards we made our way back to Derwent6 passed The Boat Inn where they were having a Disco. As we would have to listen to it anyway we joined in... 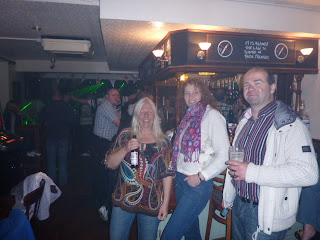