As we have had friends on board we will try to compress these two days into one.

On the Sunday, Maxine and Graham had met up with us for bacon sarnies and a chat before they left at 10.00am. 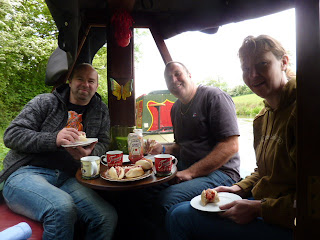 We then had Steve and Chris on board who were thinking of having a Fernwood boat. Derwent6 did the talking and hopefully it will be another lovely couple who will take possession of a Fernwood boat. We then got to make our way to the show. It was a bit overcast but warmer and as the day went on it just got better. 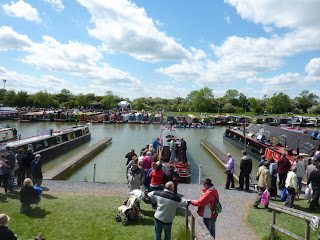 We managed to get on a few boats but don't like putting photos on here without the customers permission. 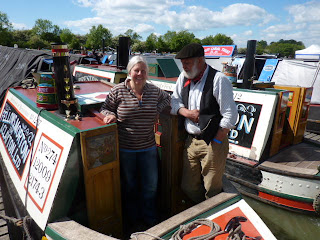 We picked up a few bits and pieces and met up with our new crew, Bernie and Sarah. 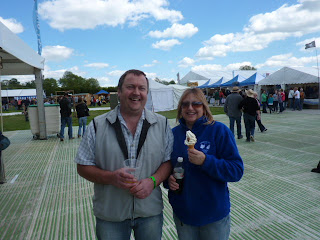 We then got a call from Sam the Beta engineer, who looked at the engine on Derwent6. We have a squeak from one of the pulleys and he has inspected it and put one on order. In the evening we all met up and were a bit disappointed to find that it was a disco instead of a live band. The only highlight was this guy having a crack!!! 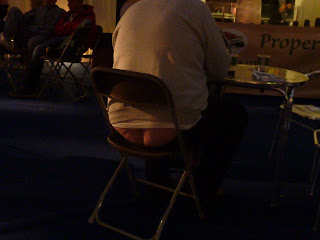 On the Monday were were up at the crack of dawn... We were woken by the Canada geese and their young. 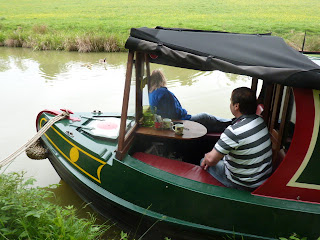 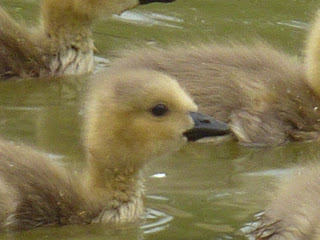 We had breakfast with Bernie and Sarah and then headed off to the show. While we were walking round we thought we would speak to Shoreline about our freezer. It was running all the time and not getting cold enough. They said they would look at it right away and after taking out a new thermostat from the show model, we walked back to Derwent6. They took out the freezer and changed the thermostat. 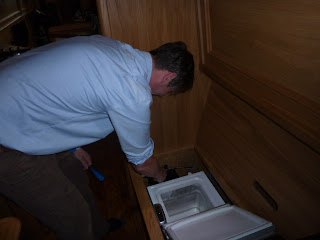 It now appears to be working fine...how's that for service... Well done to all the guys at Shoreline!!!!! The weather had started to brighten up so we decided to make a move, and said our goodbyes to everyone. 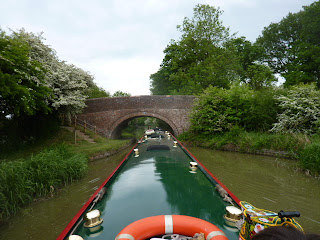 We set off and managed to get water at Yelvertoft even though BW were moored up on it. 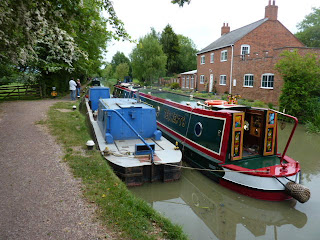 We moored in the middle of nowhere and lit up the BBQ. 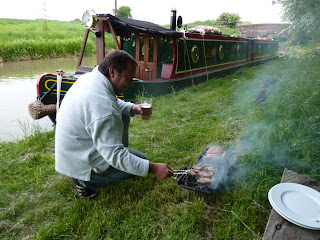 It was a lovely evening which we had all to ourselves.
Posted by Del and Al at 9:11 PM

Hi Both, Derwent6 certainly did do the talking and we hope to place an order with Fernwood some time soon.

Thanks so much for having us on board and you made us feel so welcome. We can see why you are proud of Derwent6, she's a lovely boat and an insperation to us!

Hope to meet up again if you are up in Cheshire some time.

Hi both, that's great news, we know you won't be disappointed. Keep in touch, and when we're up your way would be great to meet up....

Great to see you both again, hopefully next time I'll feel a bit brighter!!

Only your second BBQ of the year - lightweights!!!! We haven't counted, but are up to at least 12 - the first being in March - you need to do a lot to catch up. Maybe we will catch up with you sometime this year - we are heading back up the K & A to Reading now, then down the Thames as far as Brentford and back up the GU, taking in Paddington Basin and the Regents canal on the way. Happy cruising.
Pip & Rog xx

Hi Trudy, lovely to see you both too. Take care and hope you're feeling better soon x