We had a lazy morning just pottering about and at 11.00am we set off with n.b Thema. 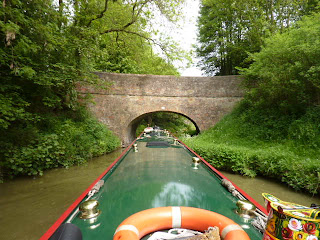 We soon got to the Crick tunnel and only met one boat. Crick tunnel is quite a wide tunnel and is easy to pass. When we got out the other side we both reached the water point and filled with water. 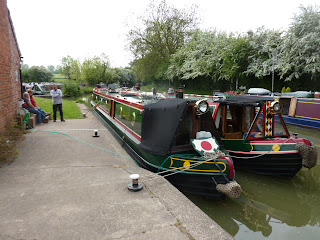 We passed n.b Sanity Again, and went under the new reconstructed bridge for the show this weekend. 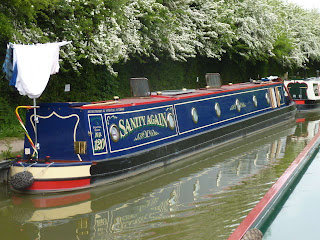 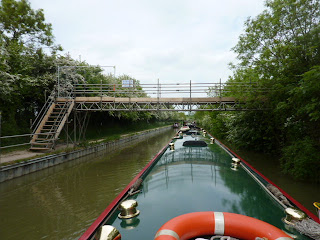 We found a mooring after a lot of problems trying to get in as it was so shallow. We managed to stick the bow in just so we could get on and off, but we were in! We were the second and third boat to arrive here and got here just in time, as only after a couple of hours it had filled up with another six boats arriving. 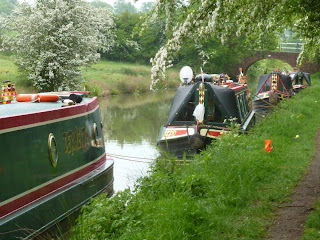 Everyone was out cleaning their boats and Del helped Keith on n.b. Thema to polish the roof. We had dinner (liver & bacon) and then watched a DVD in the evening.
Posted by Del and Al at 9:31 AM