We left Dudley and the museum at around 9.00am as two hire boats were looking for moorings. We turned left to go down the Wolverhampton line to Birmingham. It started off very industrial and it wasn't long before we were passing the odd settee or telly in the canal. 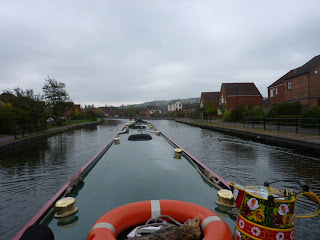 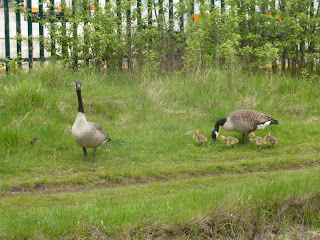 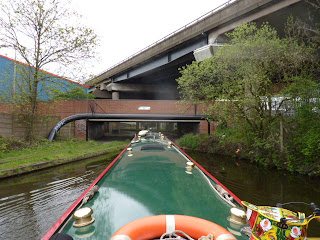 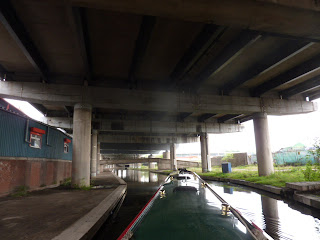 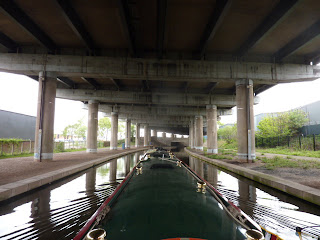 It was amazing how we were travelling under it and the old bridges of how it used to be still being there. 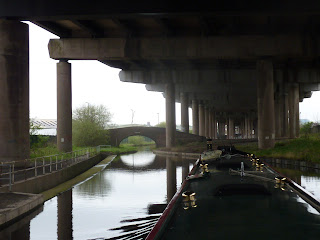 It was exciting as we twisted and turned under the railway and motorway networks, but the canal network was the most interesting of all. 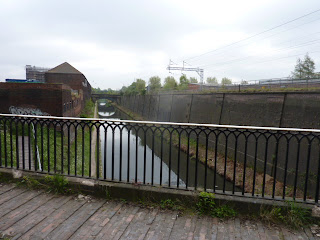 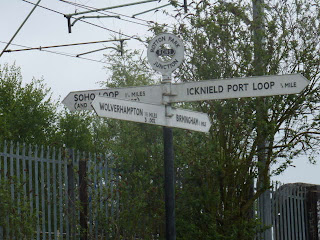 We were going over and under other canals and at one point we were parallel with another one 30 feet below us. 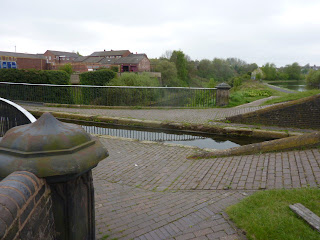 We soon dropped down three locks to join up with it, and at the junction this took us directly into the centre of Birmingham. 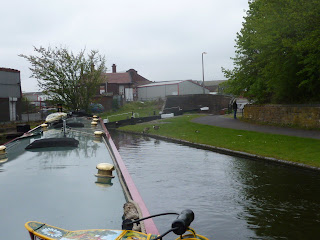 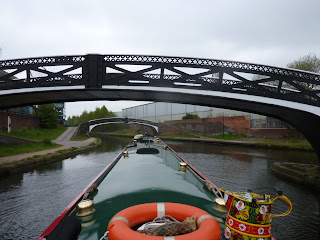 We found a 14 day mooring and we had some lunch. 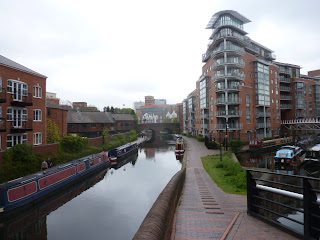 We then went to go into The Sealife Centre but we found out our two for one vouchers had run out last year. We could have gone to WH Smiths and got some more or printed some off back on Derwent6 but decided to do it next time we are here..... Plenty of time! 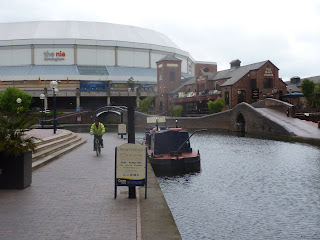 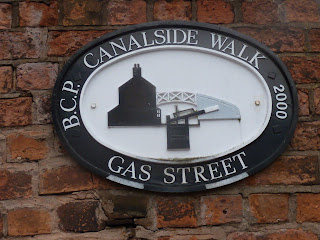 We decided to have a walk around and ended up sitting in a bar and then going to the cinema to see "Date Night". Afterwards we made our way over to The Mailbox and went to Nando's ( we like Nando's) 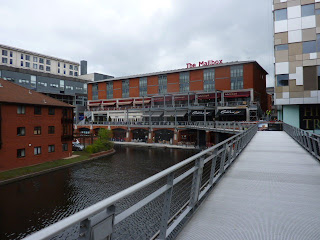 Then it was back in the bar and we sat by the canal people watching till our eyelids were starting to close. Still it was only a short walk round the cornier to Derwent6.
Posted by Del and Al at 11:59 AM