Wow what a beautiful day!!!! We had a lovely fried breakfast in the cratch and then while it was still cool we got to work. After cleaning off the roof in the clear blue skies we were then greeted by Chas and Ann off n.b Moore2Life, out for a walk along the towpath with dog Molly, just as we were setting on doing some painting. 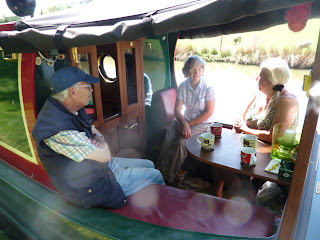 They came on for coffee and a catch up on what we had done and were doing. It was lovely to see them as they had helped on the build of Derwent6 via their blog. (see link)

When they left, Al held Derwent6 out while Del painted the gunwale down the starboard side. We also cleaned some of the algae which had attached itself to the blacking. The heat then got to us... and we flaked out in the chairs. We did some washing when we run the engine and Al put the washing line out, as it was so hot. 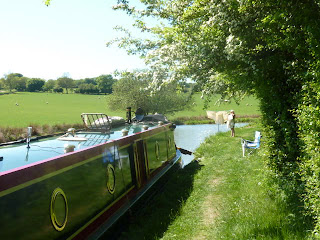 In the evening we lit the BBQ for the first time this year. 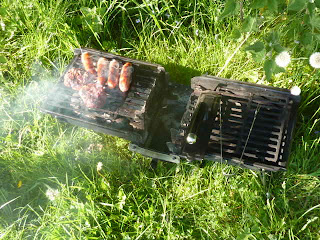 We sat in the cratch and had bangers and burgers with some salad and had baked banana and chocolate for desert, while the sunset. 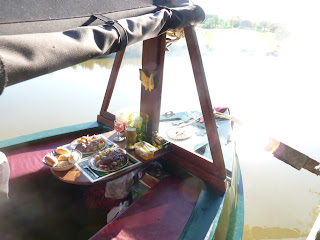