We were going to write individual blogs for this weekend but to be honest... We couldn't be bothered!!!! So here is a recap of what we did... We set off Friday down to Kent via Long Buckby train station. It is a 1.8 mile walk and a bit tricky in places but the weather was on our side so it wasn't too bad. We stayed the night at Al's Mum and Dad's.
On Saturday Al went to the Bluewater shopping Mall and spent the day catching up on the latest fashions. She met up with Tanya and Erica for lunch. Del went out Gliding with his mates Bernie and Steve over at Detling Hill and watched the FA Cup final in the afternoon. 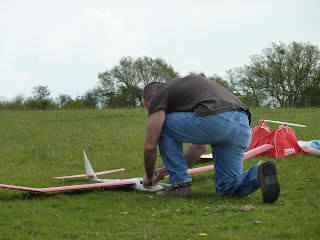 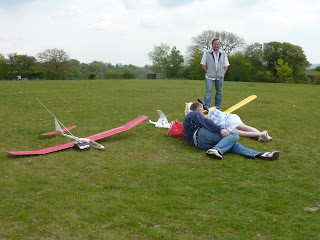 In the evening we went to Leanne and Kyle's Wedding party at the Post house at Wrotham. 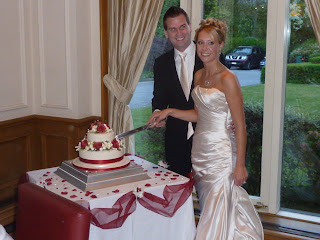 On Sunday we met up with all our friends at The George at Trosley for a small birthday bash for Al. There turned out to be fifteen of us in the end and we were in there for ten hours... We went in at midday and came out at eleven after the bell had rung...yep! we had a lot to drink!!! 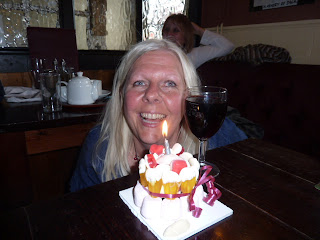 On Monday (Al's Birthday) we made our way back to Derwent6 but via London. We got up there for lunchtime after Al had opened all her cards and presents at her mum and dad's. When we got to Victoria we had a lovely lunch in Prezzo's, because we had a Two for One voucher... From there we went on to Oxford Street and Al got herself a few things she wanted with some of the gift vouchers she had been given. Oh and Del brought her the Birks she had always wanted....
We then had coffee outside and watched the world go by, London is just amazing.... We got the train back at 5.15pm and then walked back to Derwent6. We arrived at about seven and dumped our stuff off. Al put her cards up before we walked back to the pub for a pile of chips and a nice cool pint, while watching the sunset. 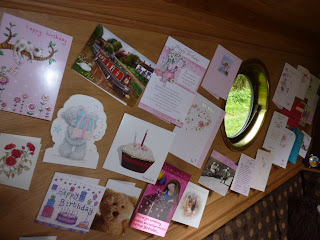 We then were so exhausted we just crashed out into bed.
Posted by Del and Al at 12:06 PM

oh if only Id known you were in the George we could have come over in the evening - Greg picked me up from Carolines at 6 on Sunday! Glad you had a good weekend and hope to catch up with you next time - hope your post got to you via Pam and Alf xxxx Z

Happy birthday Al all beit late just read your blog, hope your cake was as yummy as mine lol. Hope to se you both at Crick x
Ann & Kev

Thanks Trudy & John, I had a great time x