You can smell the chips

We set off from Norton Junction with Alan & Carol on n.b Holly Hobble as they were also going to Braunston and it would be good for us to lock together... 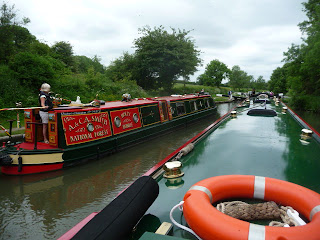 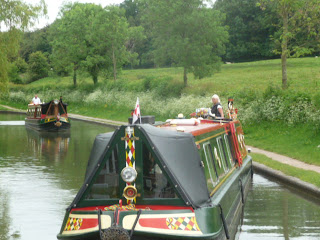 The aim was to get diesel and a pumpout at some point, but on the way down the flight Alan could smell the Chips at The Admiral Nelson and we ended up having lunch there, which we can recommend. We then carried on down the flight and got our pumpout at Braunston marina, but no diesel as it was too expensive with no variable split. We then moored up to get some shopping in the village and found it quite empty, this guy never had any problems finding a mooring. 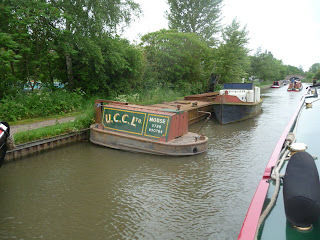 We walked back to Derwent6 and decided to move on out into the countryside for a nice peaceful mooring. 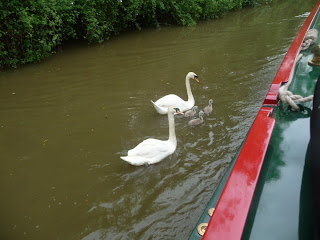 Carol had done a lovely selection of cheese and biscuits and we chatted the night away. 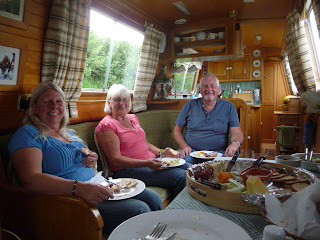 What a great day you have had today and all before 10.00 am lol

Spot the pump just below bottom lock opposite side to the marina? You can get diesel how you like it there. Forget the name of the operation!

you always did like cheese and biscuts, but what about the port.

Hi Stuart
We may get down to Londan later in the year but not the K & A this year I'm afraid.

Hi Martin
Thanks, yep that's Union Carriers but we couldn't get near this time due to all the hire boats!