After the shock of hearing about Michael Jackson we set off out of the Welford Arm at around 10.00am...Well we tried to. With the engine running we started to talk to another couple on the boat along side us and a hour later after being blocked in by another boat getting water, we did eventually set off. 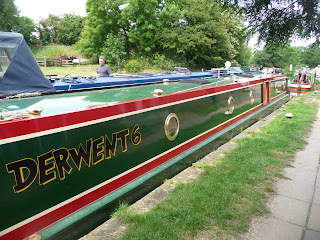 We took a nice slow journey out of the arm and headed back down the Grand Union. It always seems so quiet around here and it wasn't long before we decided to moor up. We tied up the bow and stern and then set about getting a signal on the Sky box. We then cleared some high grass which was blocking the side doors and bloody hell!!!!!! that released a wasps nest. Luckily we had the flyscreen in as they were flying everywhere and not happy with us for disturbing their home. 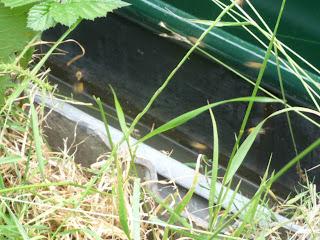 Well we thought we had better move, so we pulled the pins and with a sigh of relief we set off again. We could see that the corn fields were starting to turn yellow and the wildlife still abundant. 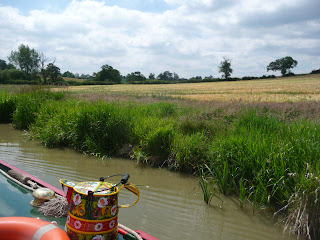 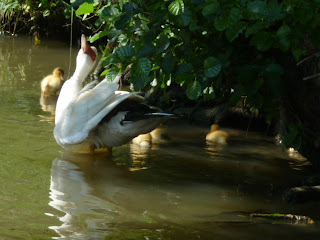 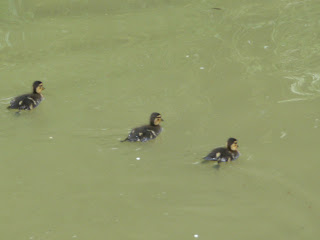 A thunderstorm was looming up on us so just round the corner we tried to moor again, this time not disturbing any grass. We then settled down and watched the tennis and gathered all the information on Michael Jackson. This is yet another reminder of why we are doing this...You don't know what is round the corner, and being only fifty and all that.
In the evening we watched Glastonbury all night, even though we didn't know half of the artist's but a least it brought us up to speed.
Posted by Del and Al at 6:00 PM

I bet you heard of STING though.