We set off with apprehension as we had heard that the Crofton pump had failed and we couldn't get over the summit on the Kennet and Avon canal..  Tony on n.b Maria was on his own and only wanted to do a couple of difficult locks and a swingbridge, which was also hard to open. 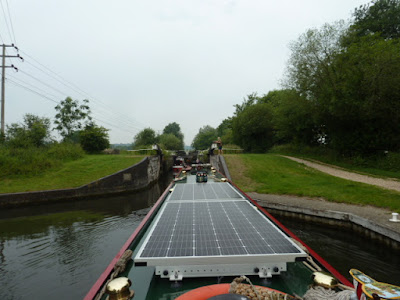 So he set off with us and we went in the locks with him.. 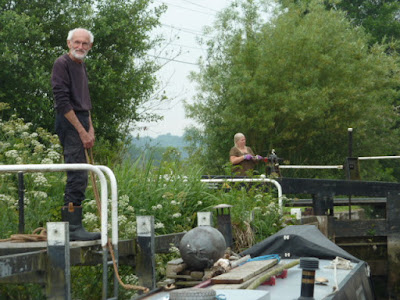 It made things a bit easier and he was also right about the swingbridge, which Del had to help close. We said our goodbyes to Tony and carried on our own as no other boats were around.. 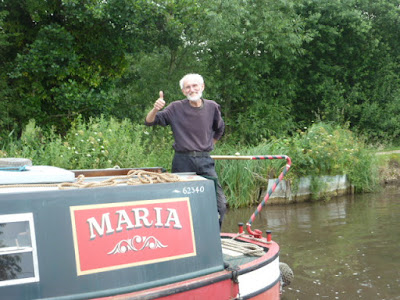 This meant we just had to take our time and it was one paddle time. 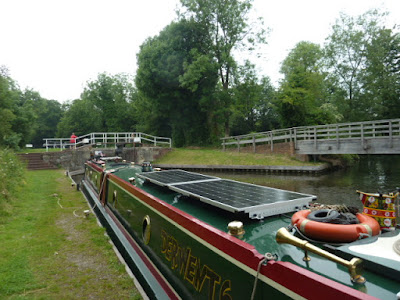 We reached Bull's Lock where we knew there was a big Tesco's. Derwent6 was pushed into the overgrown sides and we made a temporary mooring while Al did the shopping.. 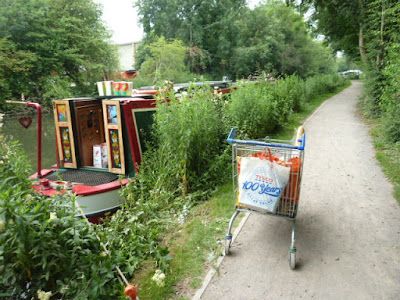 When she got back Del walked to B and Q and picked up a new plank as we had never bought one and the one we had (that was a find about 10 years ago) was going a bit rotten..
We then carried on through the town of Newbury and it was lunchtime so it was a bit busy.. 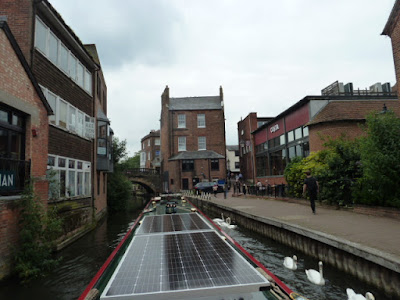 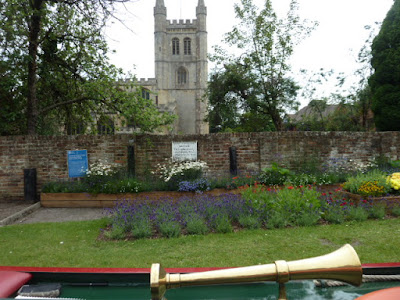 The moorings here were very quiet but we decided not to stop and carried on out the other side, but first we had the swingbridge to contend with..
It's electric, and Al put the key in and pushed the button.. The barriers went down and then the bridge opened, but so slowly. People were waiting to cross and Del managed to squeeze through so Al could close it quicker, but the barriers wouldn't go up.. After a lot of resetting and people getting agitated, Al managed to get it to complete its sequence and we managed to move on.. 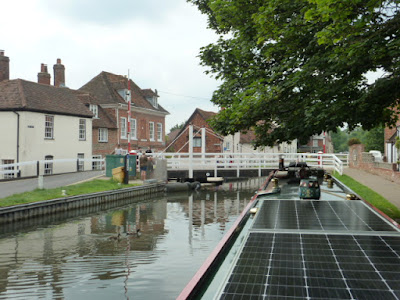 Again the locks are quite tricky here, but slow is the easy way if you're on your own.. 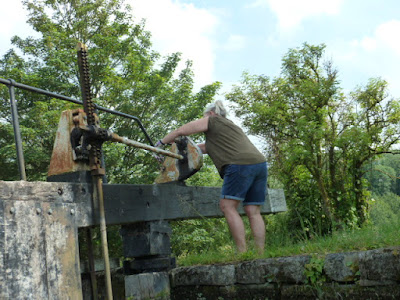 The canal is very pretty here and has some tight sections to navigate. 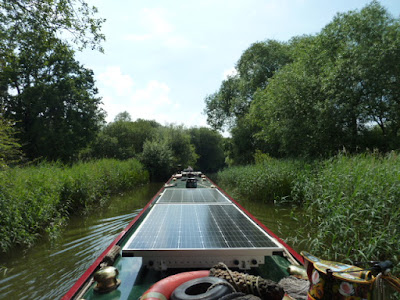 We got to Benham Lock and found a nice spot by a weir which we thought would be a safe spot if we got those storms which were predicted.. 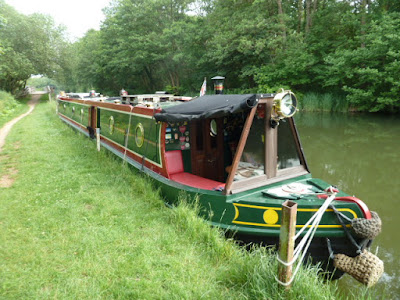 When we moored we checked the CaRT website to find out that the canal was still closed at Crofton and over the summit.. It also told us that the electric pump was going to be removed tomorrow and investigated as to what the problem was. It also said it was still closed and they might be letting boats through, maybe over the weekend for a few hours, as the water levels were so low..  Lets hope we get loads of rain tonight!!!!!
Posted by Del and Al at 8:40 AM

We encountered the exact same problems that you are having now, back in 2015!
K&A xx

I know, its a shame, but not much we can do about water levels. Decision made, we're spinning round. At least we've been down here before, and I'm sure we'll be back :-)