We set off from out nice mooring at Day's Lock and headed round to Clifton Hampden passing some posh houses on the way.. 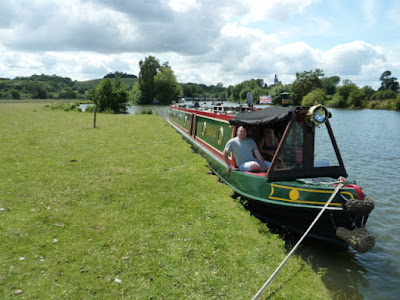 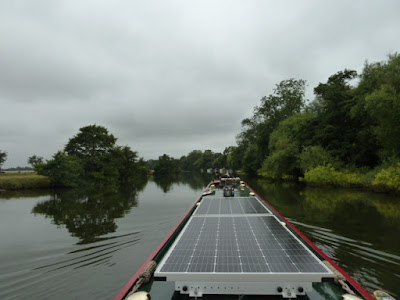 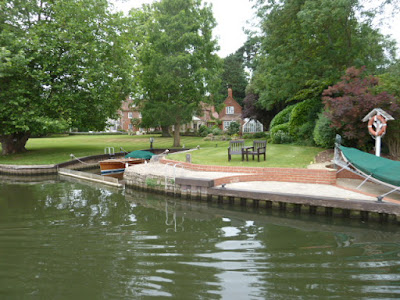 We went under The bridge here and into Clifton Lock. 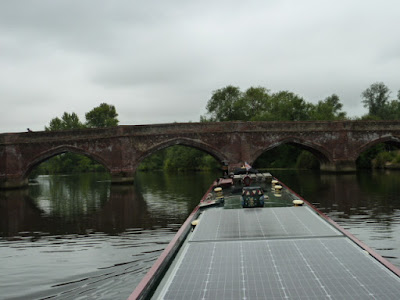 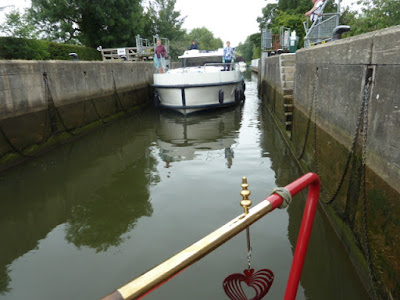 It was then a slow cruise up to Culham Lock where we managed to get a couple of containers of water in the tank of Derwent6. 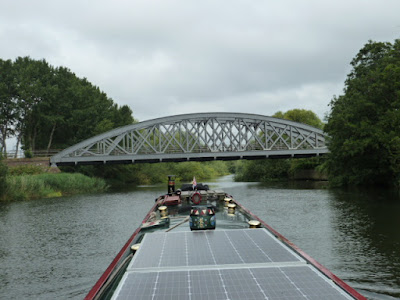 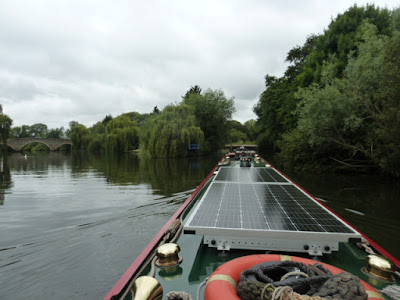 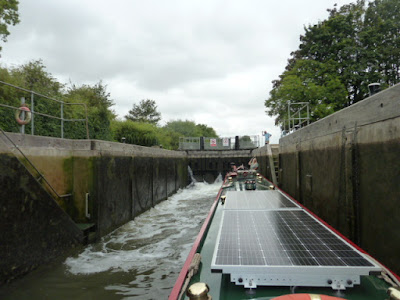 We then made our way up past the sailing boats to Abingdon bridge and got a mooring on the high wall. 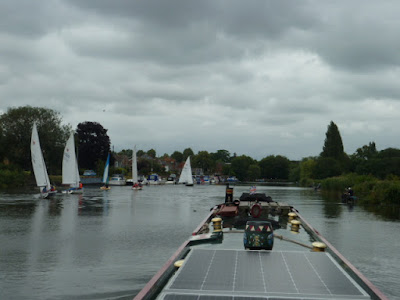 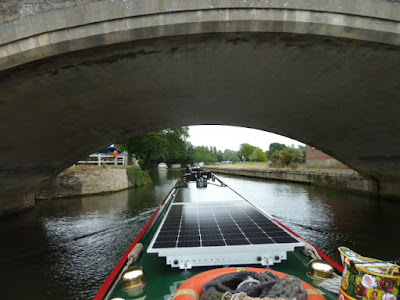 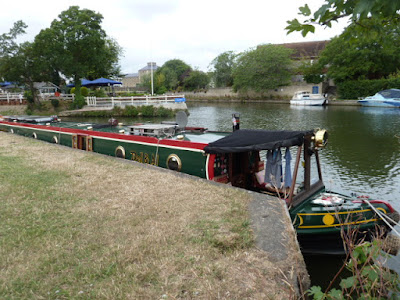 The main objective today was to get telly as it was an amazing sports day with the Grand Prix, Tennis final, and World cup Cricket final. We set up the telly and laptop to watch what we could.. 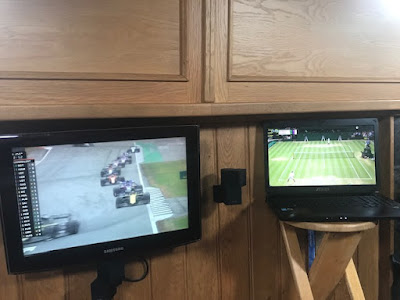 It was fantastic and we were fixed to it for the afternoon and evening with Hamilton winning the British Grand Prix, the tennis Wimbledon final going to five sets and 12/12 in games and then being won on a tie break, and we then watched England win the World Cup Cricket final in a Super Over by one run. After all that we needed a drink so we walked into Abingdon and stopped on Nag's Island (see pic above) and had a couple over looking Derwent6.
It had seemed a long day, but we were getting low on water so we needed to leave tomorrow..
Posted by Del and Al at 8:12 AM