Wow it was another lovely day and we set off nice and early to beat the heat and then we could enjoy it later..
We had three locks, two swingbridges, and three miles in mind. 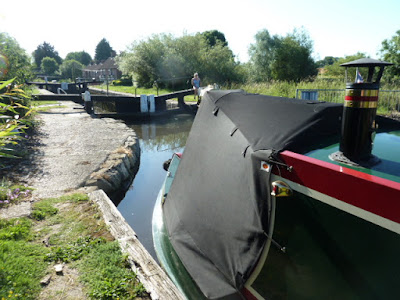 This would hopefully get us a mooring at Woolhampton again as we like it there.. 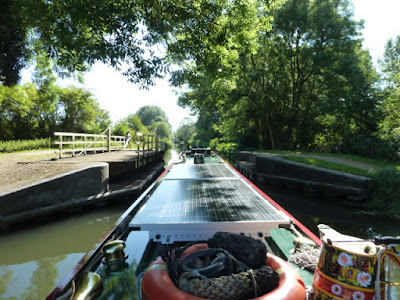 It was a nice relaxed cruise and the weather was so good the batteries were charged in an hour.. 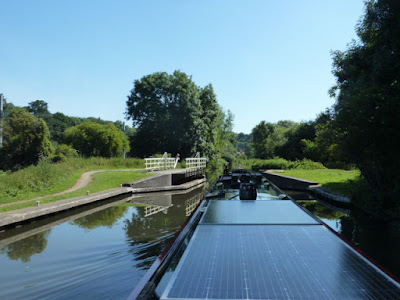 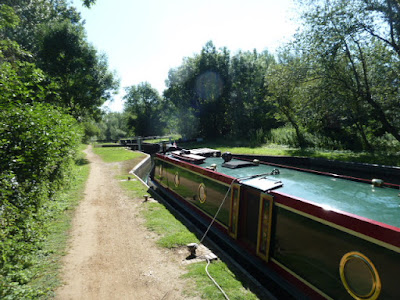 When we arrived at Woolhampton there were three moorings available to us and we picked the one where we thought we might get a good telly signal for the tennis.. 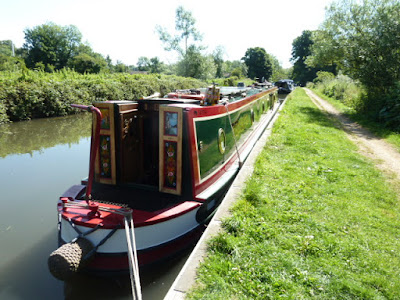 For Tooty, it was out into the cool bushes and a sleep by the river, but for us it was a quick shower and out to meet friends Joy and Steve for a lunchtime meal in the Row Barge Inn.
It was even too hot to eat outside in the shade so we picked a table in the comfort of the air conditioning. We can recommend the food as we have eaten here twice now and will be going back again at some point I'm sure.. 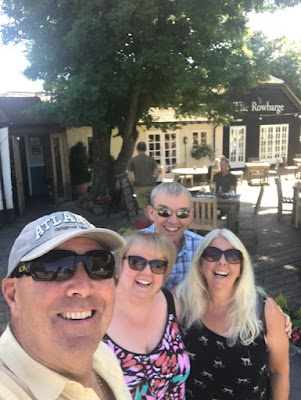 Afterwards we went back to Derwent6 and had more refreshments before they left for home. 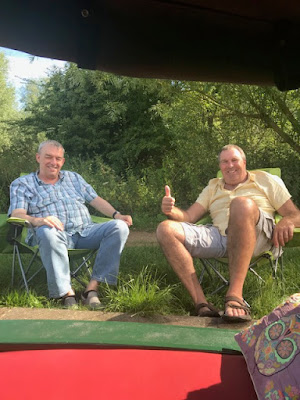 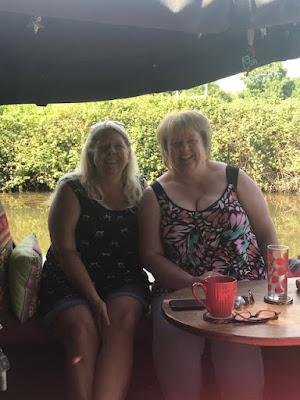 Thanks guys for a lovely lunch with you both...
We then relaxed in the cratch listening to music as the temperatures dropped and it became very pleasant again.
Posted by Del and Al at 3:33 PM