We had a lazy start as David had a little hangover so a bit of breakfast was in order. We waited for the sun to come out and then set off towards the lock as a boat waited for our spot on the meadows..
We got to Whitchurch lock again and then took things nice and easy, the Thames was like a mill pond. 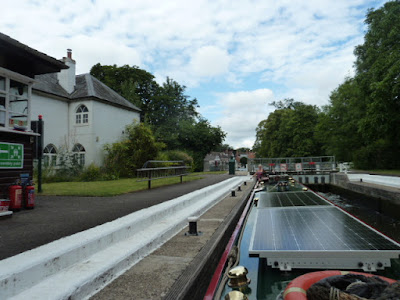 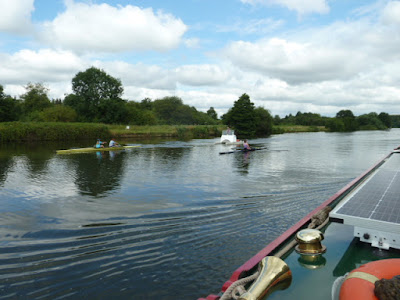 David came to the stern and then took the tiller. 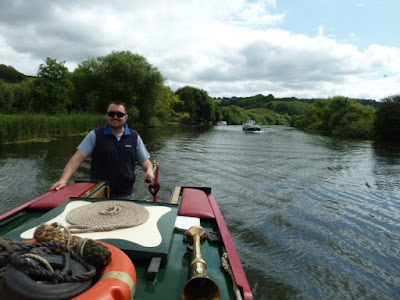 It was lovely for us both to be cruising with someone else in control of Derwent6. 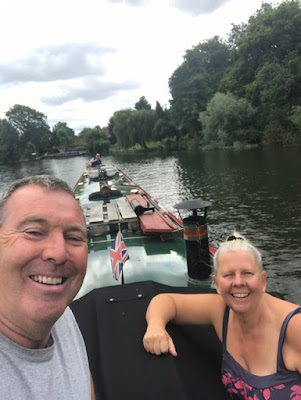 We chilled all the way to Goring lock and just managed to squeeze in with the boats that had passed us. 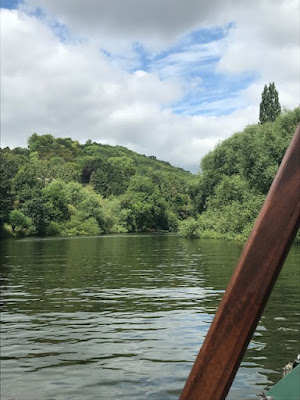 At Cleeve Lock we weren't so lucky and had to wait for the next lock to become available.. 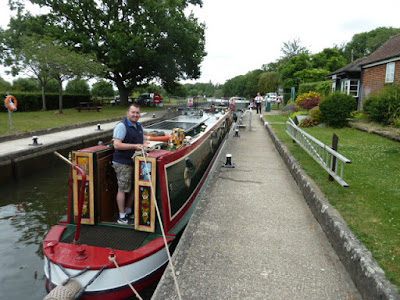 David had the tiller again once we were out and we then cruised all the way to Wallingford.. 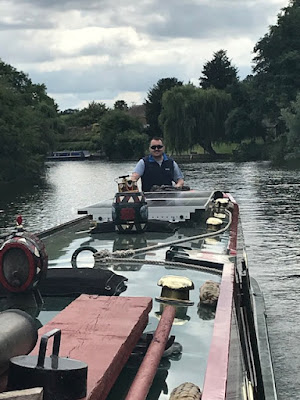 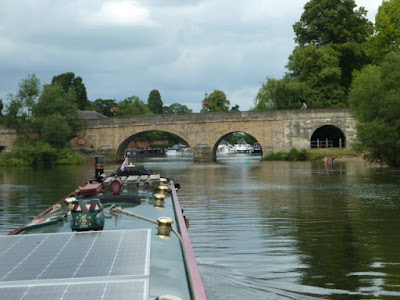 Lucky a boat moved forward for us and we managed to get in, albeit on a water outlet which made a splashing noise like a water fountain.. 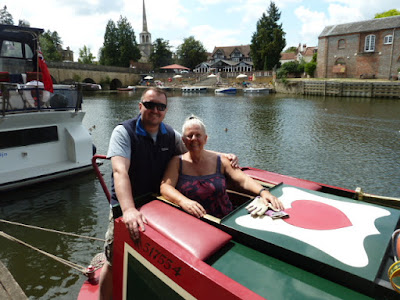 We all had a bit of a cat nap in the afternoon, as the tennis turned out to be a bit one sided..
All refreshed, it was then time to party again, so we went into town on the hunt for something to eat. 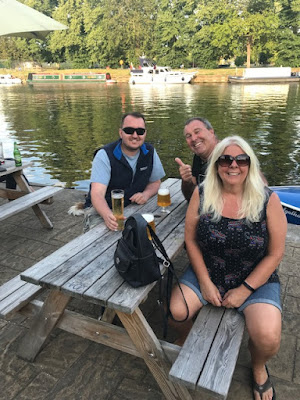 We ended up having a few beers and then going for an Indian at Delish Brasserie which we can recommend. 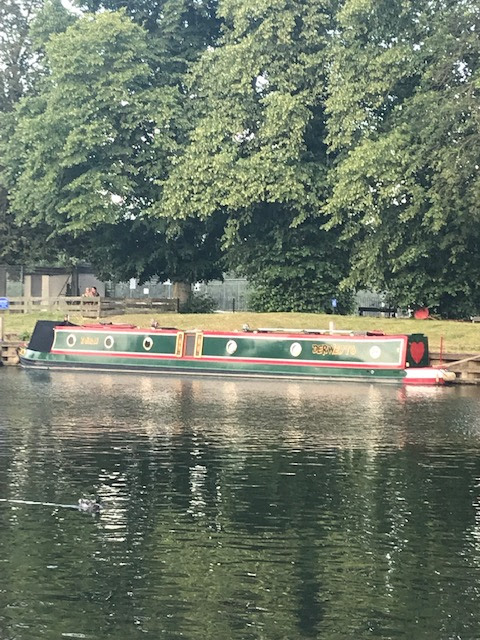 Thanks for sharing tour information but if we are suffering from hangover problem then Detox Drinks Online will help you.