What a contrast! We had rain all day today and not much solar, so after six days of being static we  ran the engine for an hour and a half. We didn't have to as we were running at 59%, but we like to keep the lithium batteries at 80% and we wanted to use things when we wanted to without thinking, batteries! 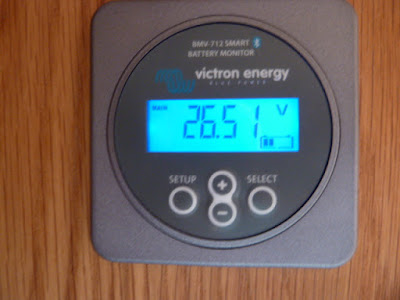 If we were back on the old lead acid system we would have had to run the engine at least two hours a day, a saving of ten and a half hours of running the engine and a saving on diesel.

So where are we on the engine side of things I hear you ask. Well the second modified clamp was fitted at 7805 engine hours, and because we are mainly using the engine now for just cruising, we have now done 7930.5. So we have done 125.5 hours since the clamp was done and it has to be all checked again at 600 hours. 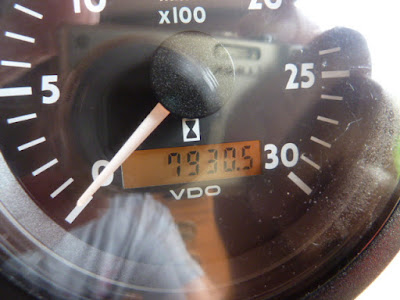 We still have no confidence in the engine at all and already we can hear strange squeaking noises when the engine is turned off. This is probably because of the load on the crankshaft keyway when the engine is started, and the compression when it is turned off. We have done all the correct procedures that Beta wanted us to do, and even exceeded this by checking the paint marks even when we check the levels.. So watch this space to see if this clamp fixes our problem..
Posted by Del and Al at 3:04 PM