Off the Thames (and will miss it)

Today we are coming off the Thames and again we have been lucky with the weather. We untied after removing the chimney and went under Osney Bridge, but as the water levels are so low it wasn't a problem anyway.. 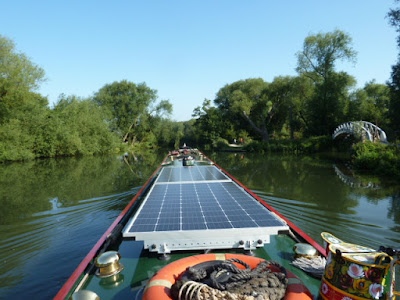 The river then passes the Isis link to the Oxford canal and then closes down through the trees at the cutting. 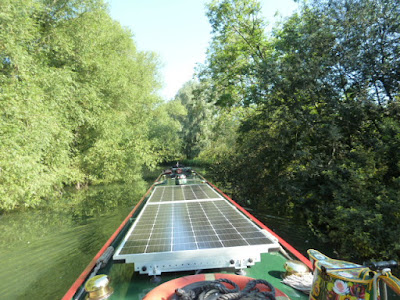 At Binsey it open out again and you feel more Thames like, the sun was shining and it looked fabulous. 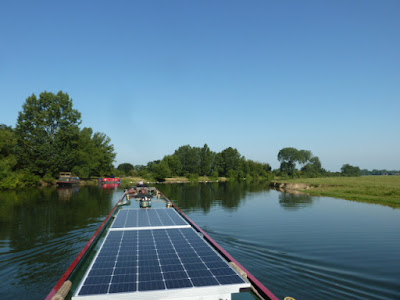 We approached Godstow lock which was on self service, but looked in our favour.. 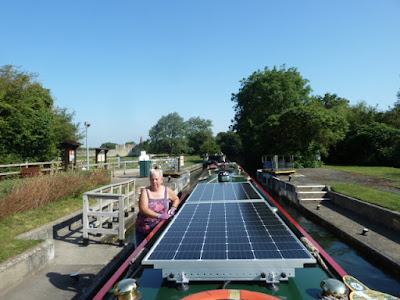 Al jumped off and opened the gates and then Del held Derwent6 on the centre rope.. 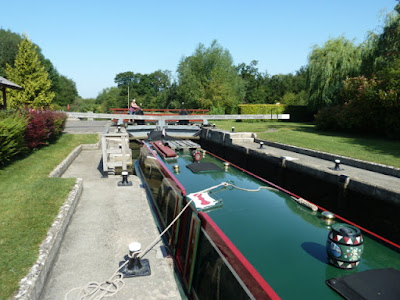 It was then the twist and turns onto Kings lock, which again was on self service. This lock is not very deep and easy to use.. Straight afterwards is the turn into Duke's Cut which links to the Oxford canal as well.  This also had its problems as there was a sunken boat which made things a bit tight.. 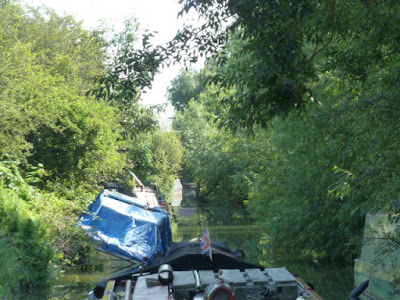 We got through Duke's cut locks and then managed to do the difficult lift bridge.. 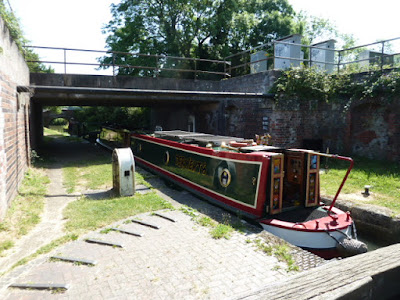 We then reached Kidlington Green Lock and it was busy with boats waiting to come down and also they were dredging here.. 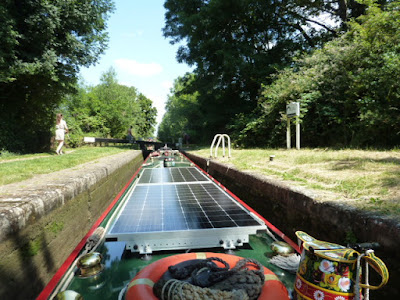 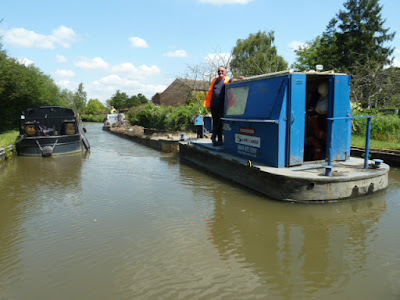 At the top we got the last spot and moored up.. 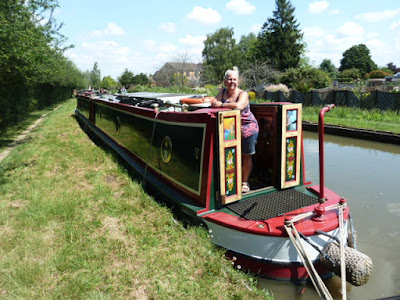 Al soon had her washing machine going and solar was so good it was supporting the batteries (and we are in the shade).. 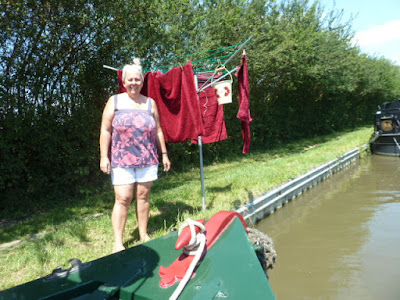 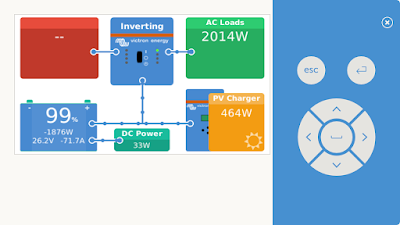 We chilled for the rest of the day in the sunshine, Del went for a walk to stretch his legs while Al read her book.. It was catch up tv in the evening, watching the eclipse of the moon.. 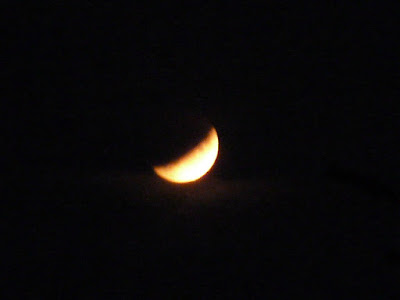