After getting Tooty back we set off at 9.00am and pulled over to the water point.. 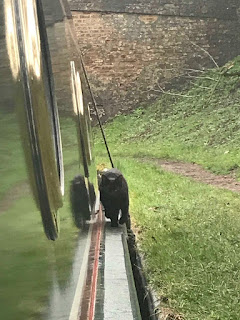 We got chatting to a couple on the tap and found that they came from Rochester in Kent and had family in Bentley, where we also have family.. Sorry we didn't get their names but we are bound to see them again.. 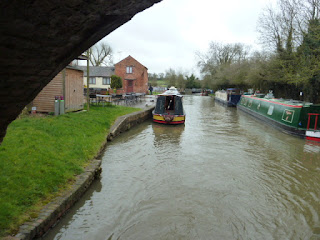 We then waited for Mark on n.b. Mochyn Du as he used the facility's at Crick Marina. We also saw Clive and Jackie who we will see again on our return..
We then set off North and first of all was surprised on how shallow it still is, as we have had so much water. Everyone we passed had difficulties and Derwent6 was on her side at one point, it really needs dredging. 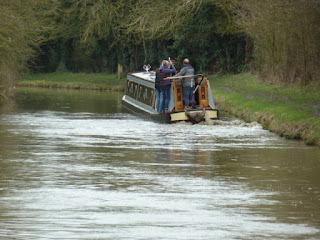 It was trying to rain, but we also had spells of sunshine, typical April really. It was busy but not manic, but a few were getting in trouble with the levels.. 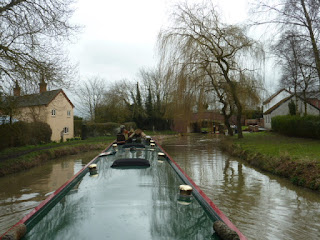 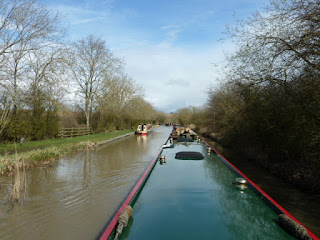 After a three and a half hours of cruising we got to the Welford Arm moorings and were lucky enough to get on the rings here.. 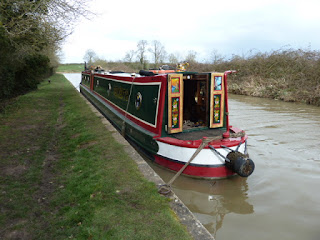 Mark then took his drone out for a spin and took some nice pics of us moored together. 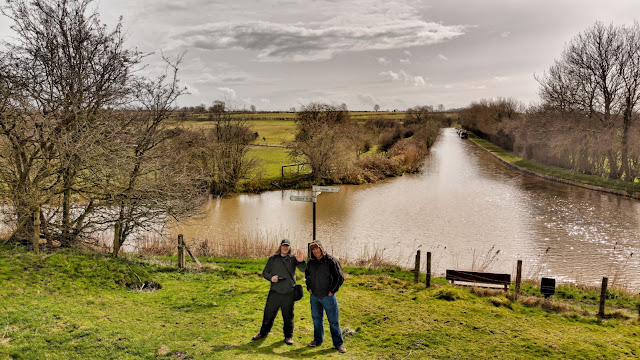 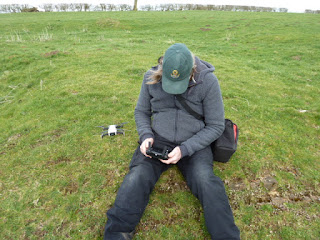 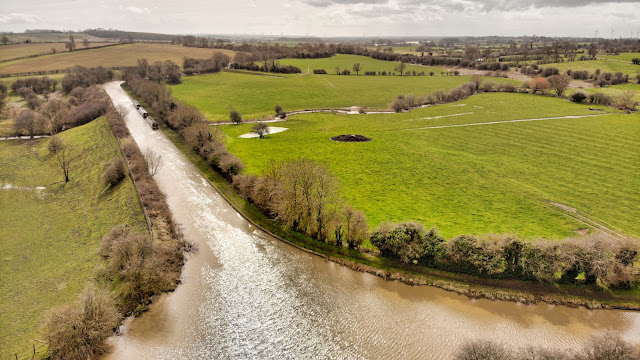