Chillin' and a chilled cat 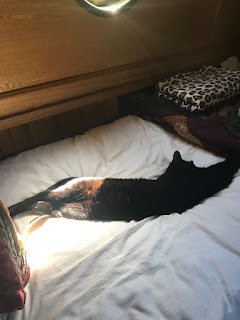 After a heavy night Del got woken up by a boat going by at 6.45am. As he was up he decided that it might be a good chance to just get out of Crick and moor in the countryside somewhere and stay put over the weekend. 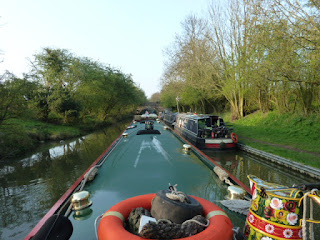 We got through the tunnel, which even though we had had a few hot days, was still very wet. 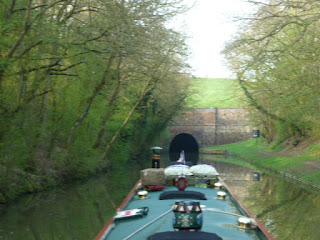 When we exited the light at the end it looked like we had been through a storm.
We made one of our favourite moorings and the sun came out, it was a good time wipe down Derwent6 while Al got some eggs and bacon going. It wasn't long before the cratch sides were lifted and breakfast was served.
We chilled in the sunshine for a few hours and then did a few jobs in the afternoon like changing the waste tank filter and cleaning a few other filters..
In fact the day was going well until Tooty (the cat) had a look out of the window.. 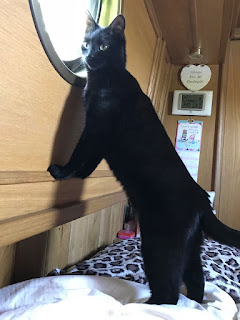 He was sitting on the towpath when Del started the engine in the evening. It made him jump and he jumped straight into the canal.. He climbed out on the rudder and stern button and made the cratch dripping wet, shaking with the cold.. 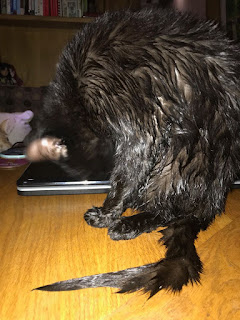 Out came the towels and it was a complete rub down with a two hour licking session till he was dry again.... 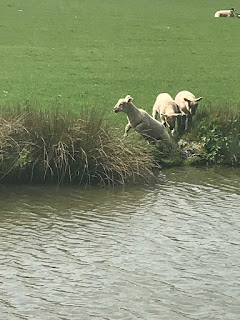