With a poor forecast in prospect we said goodbye to Tixal Wide in glorious sunshine. 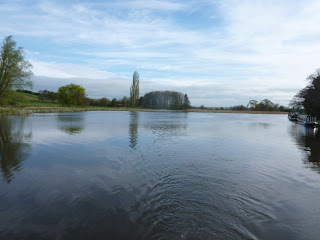 We passed some lovely bridges and gardens before we got to Tixal lock. 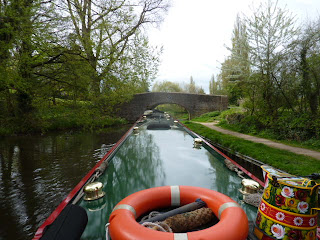 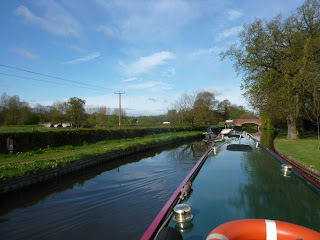 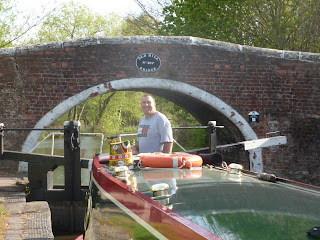 The canal got a bit shallow as we began to follow the railway. We passed another Nicholsons guide water point which is no more, as we were going to top up with water. We have decided to top up when we can because it means we don't have to wait hours on end to fill up. We made our way onto Baswich which is the closest we can get to the town of Stafford. After mooring up, with some difficulty where it was so shallow, we got the bus into town. It was just a short walk to the bus stop as you can see in this picture, with Derwent6 in the background to the left. 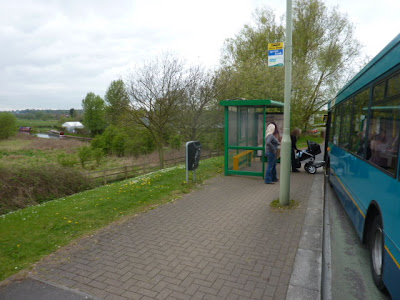 The buses run every ten minutes and it cost £1.20. We were surprised at all the shops and retail parks we passed on the way and we were dropped right in the middle of Stafford. It was nice to see how all the old buildings were mixed with the new and the BBC were filming in the market square. 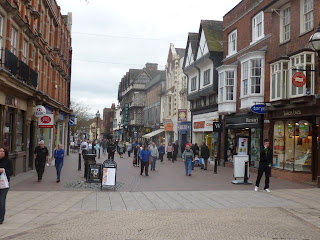 We had a cookie and a hot chocolate before going round the shopping centre. When we came out it started to rain but it was still warm so didn't bother us, so we thought we would walk back via the retail outlets. We went to PC World, Maplins, Hobbycraft, and Next......Yep Al managed to buy some more clothes and a pair of shoes...

It started to rain hard by the time we got back to Derwent6, so we quickly changed and went over to the pub nearby. They were doing an all you can eat carvery for £3.59 and it was also £1.95 a pint...touch! 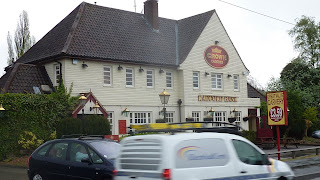 We came out of there with very full tummies and half cut, but also down the road there was a Bargain Booze at a garage, so we carried beers and wine (at really good prices) back to Derwent6. 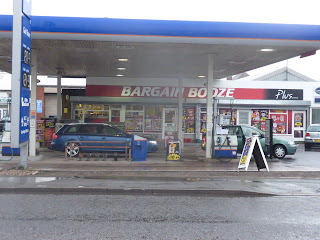 We have 2 crown carvery's near us they are good value and the kids love it to all of us eat for under £30.00 well worth it