Where can we see the footy!

With the hazy sunshine this morning we set off at around 9.00am. The wind was a bit strong but it was pleasant cruising. 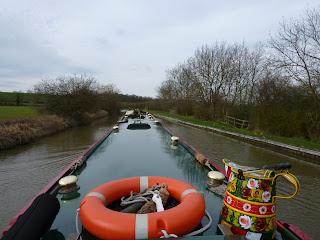 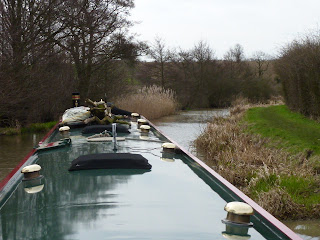 We made our way through the twists and turns of the canal and on to Yelvertoft. 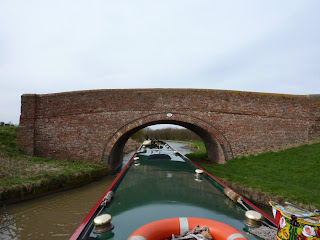 We passed the new marina and were surprised to see boats already in there. 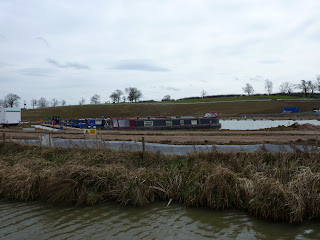 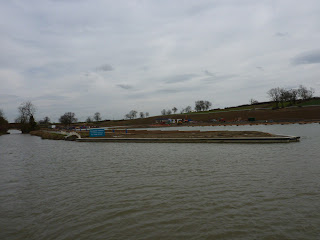 We pressed on to Crick where we pulled into the marina and topped up with diesel. 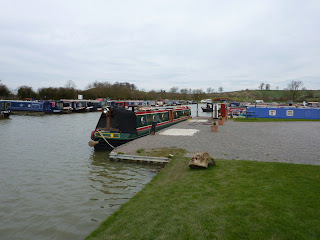 After some tricky maneuvering to get back out on the cut in the wind, we found a nice spot. 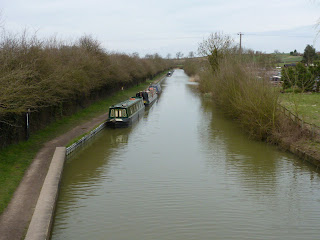 We both then walked up to the Co-Op and picked up all the heavy and important stuff like wine, beer and soft drinks. We then looked to see if any of the pubs had Sky Sports on so we could watch the football in the evening. None of the pubs did but we were told about a working men's club which had it on.

We got back to Derwent6 and had something to eat before heading off to see the football. It was in an old church and everyone was welcome. There were all ages in there and it seemed to give the kids somewhere to go. 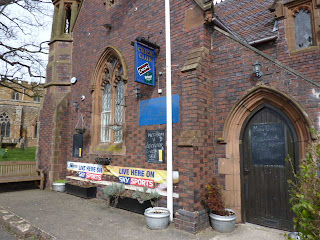 You had to sign a guest book and pay a pound per person, but the drinks were cheap, (so we soon got that pound back) If you go more than six times in a year you have to become a member, ideal for boaters..... They have pool tables and skittles and loads of other things going on, it was packed.
We staggered back to Derwent6, depressed after the gunners defeat, and crashed out....

Where abouts is this club and do they sell real beer.
I have Googled Crick Club but couldn't find it

Hi Brian, yes the beer is good! It's just around the corner from the Wheatsheaf. Take the road opposite the co-op and it's just along there on the right hand side. All the times we've been to Crick, and we didn't know it was there either.