A window of opportunity 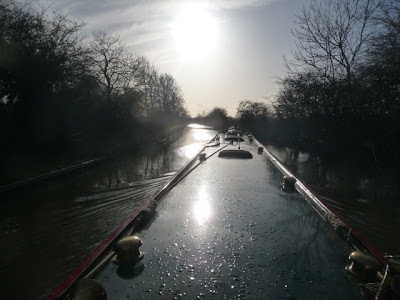 Woke up this morning to the wind howling and the rain on the roof, so pulled up the the sheets and said sod that....
We had breakfast a bit later today and did the small job of changing the drainage of the front lockers, because when Derwent6 is full of water the drainage holes for the cratch take in water and fill up the lockers when cruising. This is because we had the floor of the cratch lowered and this would always be a danger, we also had the lip of the bow doors raised to compensate this.
Then the sun came out, a window of opportunity, and we went cruising...The test proved to work OK. We did two loads of washing and tumble dried them. It was great to be on the move again... 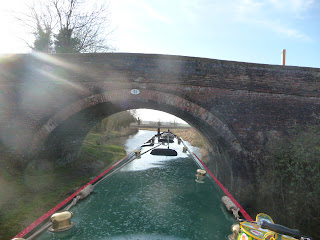 Even the sheep were talking to us as we went by.. 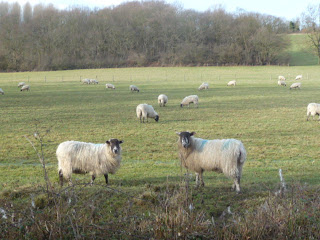 We did notice that streams going into the canal had lots of bubbles coming out of them like a detergent was being discharged into the canal, we couldn't see where it was coming from, hopefully it's environmentally friendly. 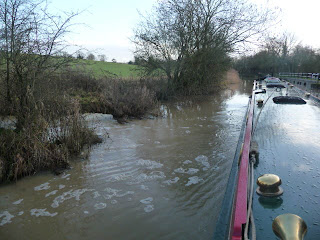 We got to our mooring at Welford and got ready for the heavy rain forecast for tonight. When we turned up we were surprised to find a "left behind" mooring pin, so rude not to use it...It was well in there and possibly the owners couldn't get it out. We'll find out in the morning!!! 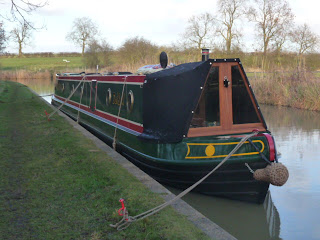 We've got a great satellite signal here and also good Internet connection, so we will be sitting down to Chicken Keiv and a bit of TV.....nice!
Posted by Del and Al at 6:05 PM

That mooring pin was there when we came past on our way to Debdale before New Year.
Brian

I said you must be mad and now I know it. THE SHEEP ARE TALKING TO YOU !!!!!!! To much rain you need some sun (Florida)