Pain at the locks

It was a lazy start for us but we wanted to see Rachel and Wayne off on n.b. Daniel with Ann following close behind.. 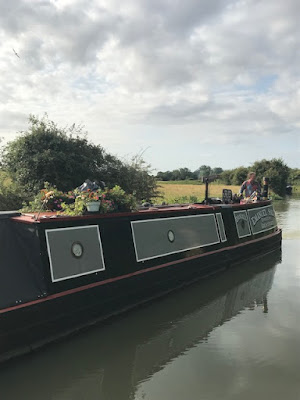 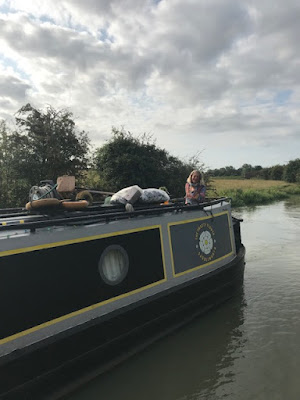 We set off at 9.15am and joined the boats making their way up to Hillmorton. 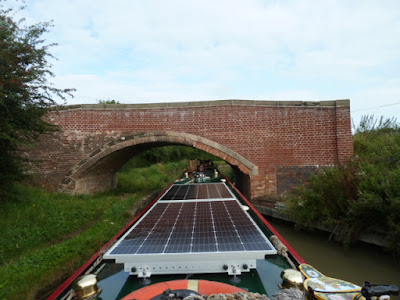 It was very busy (by our standards) all the way and it made it very interesting as we passed some boats in tricky places, but the weather made up for everything as the sun charged the batteries to 100% 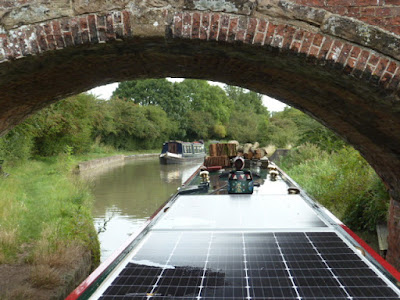 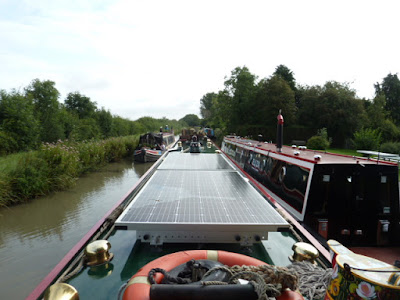 We got to the locks and thought it was going to be very busy but it wasn't too bad and we got into the second paired lock. 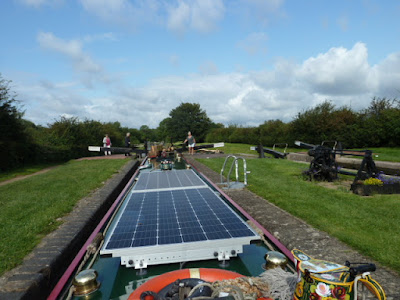 Just as we pulled out a hire boat was going down and then a yell was heard by a woman as the paddle fell down, not on the safety catch.. It hit her on the leg and she had to sit on the lock in a lot of pain.
She did manage to walk to the next lock but it was a lesson learnt, as she said it will be sore in the morning. A lesson that locks must be treated with respect!
We then had the volunteer at the next lock who decided to tell Al how to do a lock. 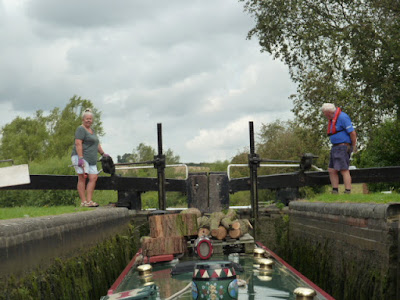 She was happily helping a couple up the lock as they didn't know how to do one and were on a day trip boat. The volunteer told Al  'you're doing it wrong, you need to do this my way' and told her to stop what she was doing.. We then waited 30 minutes, which was a bit of a pain, as he showed them the way to do it 'his way'. Del was holding Derwent6 all this time and the boats were stacking up behind us. 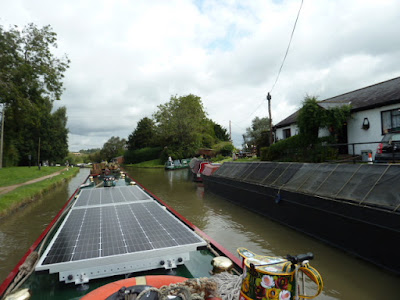 We got into the lock at last and as he let us down the lock Del told him that the second pound was very low on water and needed attention.. He was helpful, but not helpful, if you know what we mean.
As we exited the lock we did notice the water point was free and Al had been doing a lot of washing, so we topped up.. 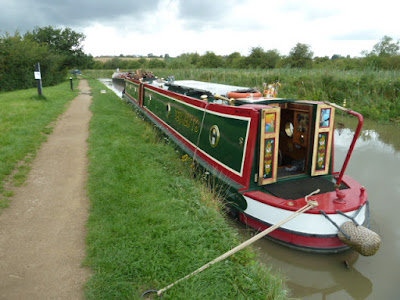 We then got a short sharp shower and the brolly had to go up (you can see the clouds coming). It stopped just before we got to our mooring, which was empty so luck was on our side. 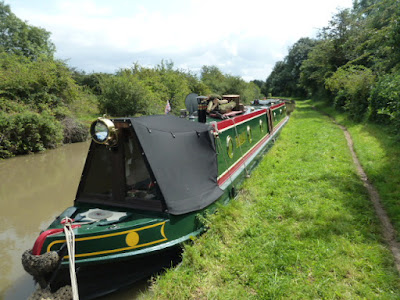 We relaxed for the rest of the day and it was lovely in the sunshine.. Del did a bit of wood chopping to get the wood seasoned for the winter. 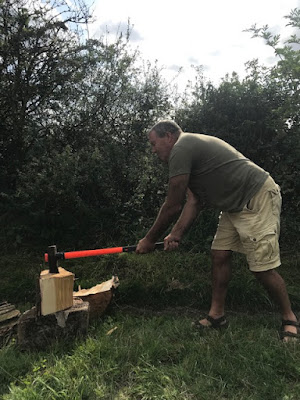 Al had cooked a nice steak dinner and we watched a film, something we hadn't done for a while..
Posted by Del and Al at 9:48 PM

See Adam and Adrian’s blog, No Briarose, yet another incident with a Volunteer. Earlier this year I encountered a Volunteer at Watford that berated me for not operating a lock quickly enough. ... Most are lovely.

This seems a common theme with volockies. Chris had a similar experience at Bratch locks on the Staff
Hope you are both keeping well and Toots has sorted the other cat!

Hi Lesley, you're right, most are lovely, think that's was why I was so shocked! Its a shame as generally they do a good job...

Hi Steve, crazy isn't it? It's such a shame. We're good thanks, hope all well with you both, and Toots has got over his shock at the other cat lol. Trouble is he's used to having it all to himself!!