Our first day at Cropredy was going to be a casual walk round and suss thing out day. We had some breakfast and then set off for a walk to see if we knew anyone on the cut here. 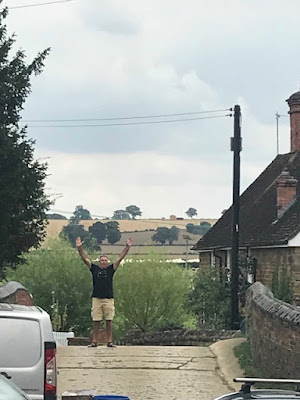 It wasn't long before we got to the lock and someone cutting the grass shouted "Hello Del" It was Wayne and Rachael who we met at Cropredy six years ago. 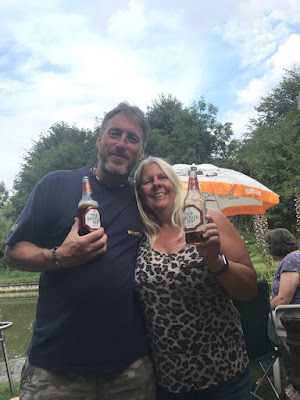 They had two small girls and had a dream of doing what we were doing later in life.
Well they had brought a narrowboat and the girls had grown up a lot, and still loved boating. 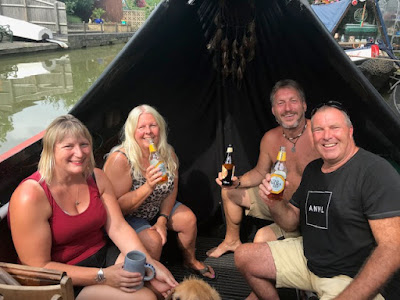 First we popped up the pub to check out the craft fayre, and then we were invited onboard and Wanye showed us his ballast, which happened to be beer... 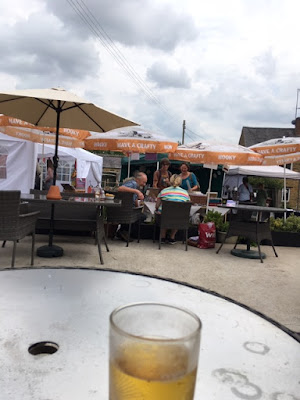 We had a good catch up with Wayne and Rachael and then got an invite to the lock keepers cottage where Richard was having a small gathering of friends before the festival.. 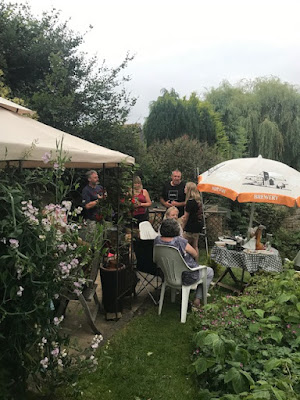 We had a fantastic time albeit with a little too much to drink. Infact we had so much drink we missed that band we wanted to see in the pub that evening as we struggled to get back to Derwent6.
The following day we woke up a little worse for wear and Richard had arranged with Robin a small gig for Cancer research called "Rock on the Lock". 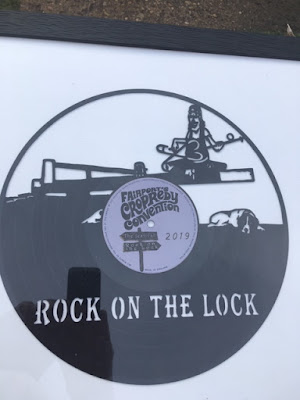 We said we would help setting up but we turned up a tad late. Robin is a Busker who has been fundraising for Cancer Research for years and has raised over £10,000 pounds. Him and his wife Diane are such nice people, and it was easy for us to help out on the raffle stall to sell some tickets.. 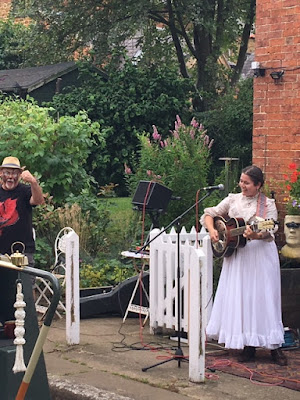 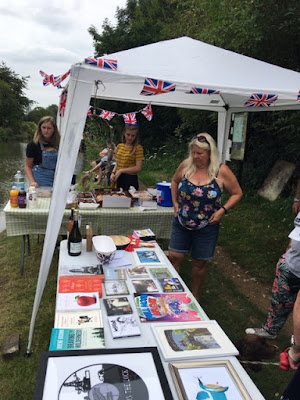 Well planned, there were a few people with guitars, ukulele's, and we even had a piano and they played at the side of the lock. 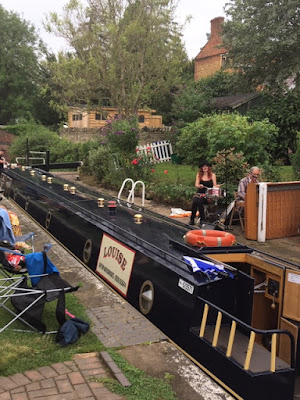 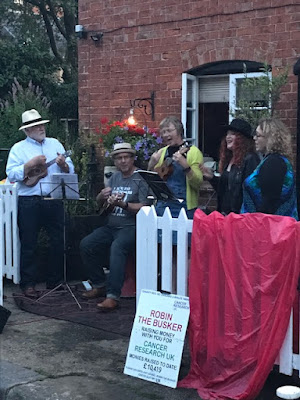 They turned up in their hundreds and with Al's selling tactic's sold loads of tickets as the prizes were also so good. There were lots of homemade cakes, and we even had a Fish and Chip wagon turn up. 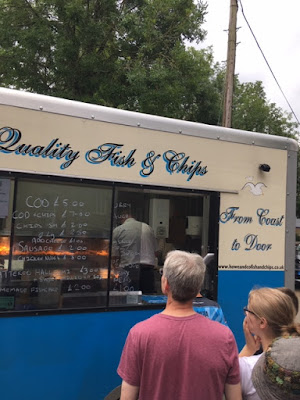 The music was also amazing and we even had a few songs from Damien Wilson who will be playing on the main stage on Friday with Rick Wakeman's son Adam..  He was fantastic! 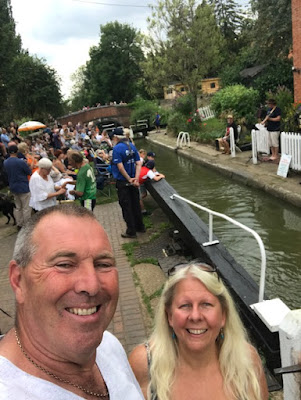 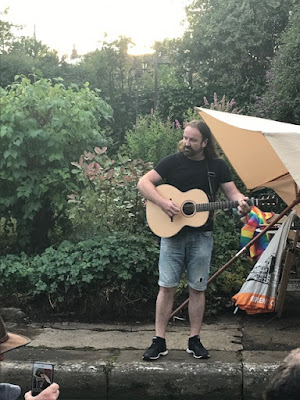 It all finished at 10.00pm and had been going since 1.00pm and everyone raised over £1200.00,  a brilliant end to a prefect day... We walked back a bit better that the night before and crashed out ready to recover for day three! 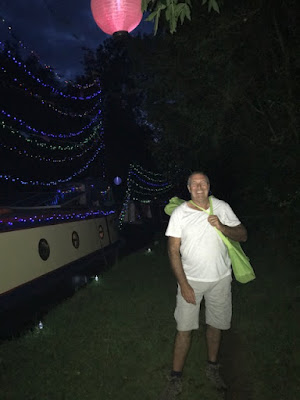