Saturday split and dealing with the Folk Law

We were still knackered after last night and we woke to Derwent6 rocking in the strong winds. We had planned to move today, but the forecast was over 50mph, so we decided to go when things had calmed down a bit. It also gave us the chance to see a few more bands we wanted to see. We then got a text from Maxine and Graham who had decided they were going to leave, as the campsite they were in was still very wet from yesterdays rain, and they were worried they wouldn't get out..
We had to pick up our chairs (which we had left with them to save us carrying them backwards and forwards) and we could also see them off. 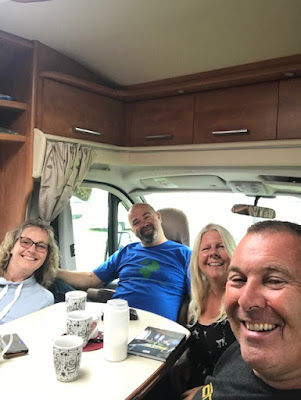 We had a bacon butty and walked down to a cup of tea waiting for us in the campervan.. We chatted for a bit, picked up the chairs, and they just managed to get out of the campsite. Thanks guys for making it a fabulous week. 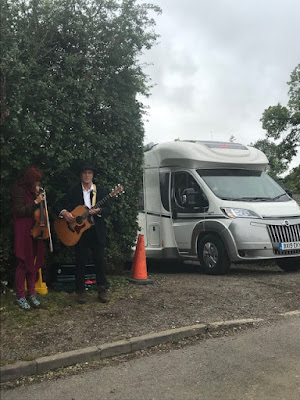 We then walked to the Brasenose as there was another band we knew were good. They were called "Folklaw" and they didn't disappoint. 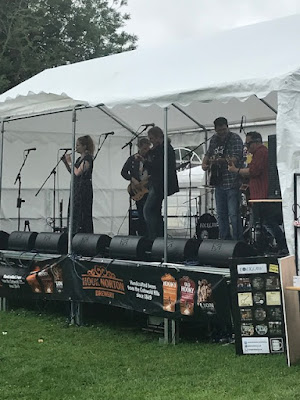 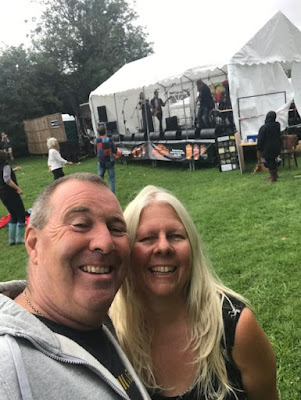 It was the busiest we had seen it over the weekend as we waited for the next band who were "The Bar-Steward Sons of Val Doonican" and what an act they are.. 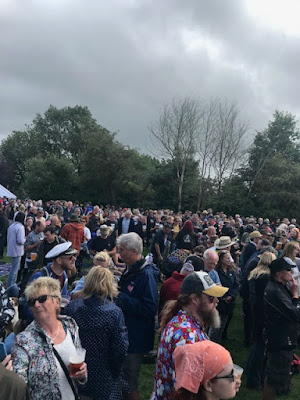 They turned well known songs into comedy folk by changing the lyrics, and they were fantastic musicians too, a real treat.. 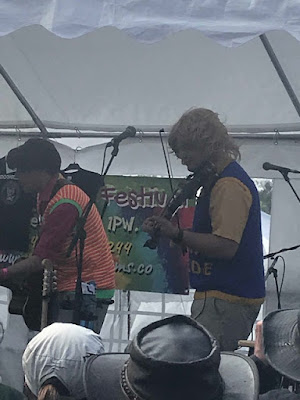 They even did some crowd surfing.. 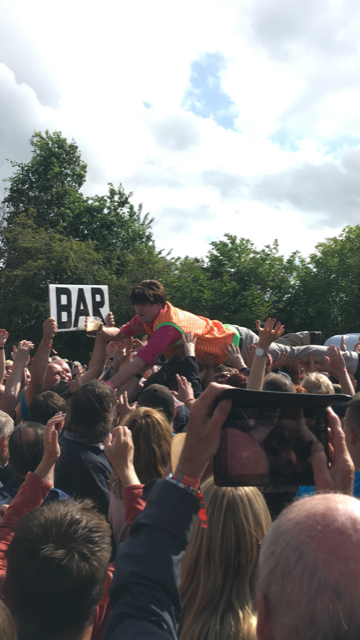 We then felt it would be good to give our liver's a rest, and make our way back to Derwent6, even though good vibes were coming from Field 8 again.
We could hear all the sounds coming from the main stage so we chilled with soft drinks and coffee listening to it all..
This is the annoying thing about age, you just need time to recover lol, and we recovered for the rest of the day.. Al cooked a proper meal with vegetables and we then took a afternoon nap..  Nice!