We both had a bit of a late start this morning as it was raining still after the storms last night. We ended up meeting Maxine and Graham down the towpath and walking to the Brasenose to see the music there. We didn't stay long and walked to Field 8 as rain was still in the air,  and looked at the scarecrows which the locals of Cropredy had put in their gardens. 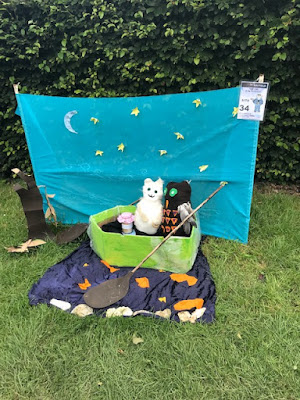 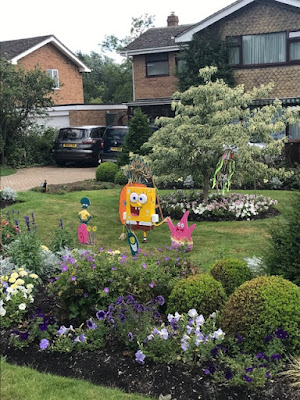 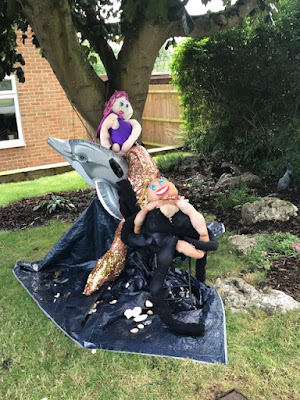 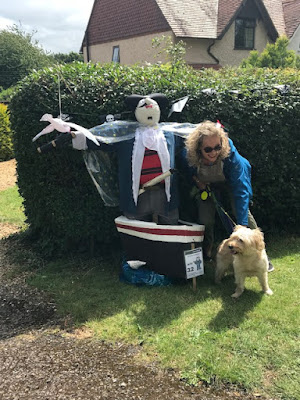 Field 8 was in a big marquee and we got settled as the music looked good. 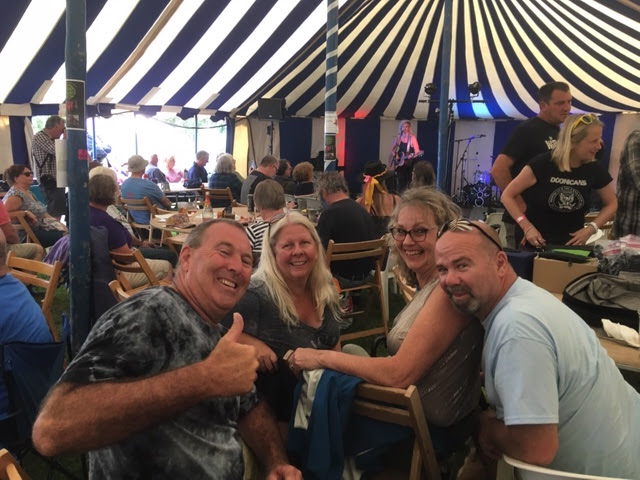 We watched a couple called "Dandelion Charm" and they sounded amazing. 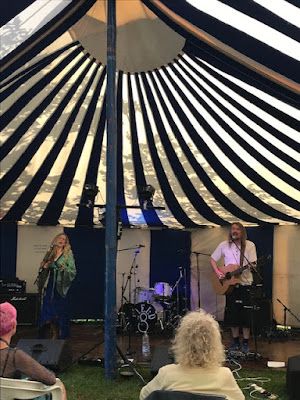 They were followed by "Green Diesel" who were also amazing. We then split for a couple of hours and we walked back to the Brasenose to see 'Krankshaft'. They were really good, but after a few songs into their set, we had a power cut! Nobody was sure when the power would be back, so we returned to Field 8 and the generators! 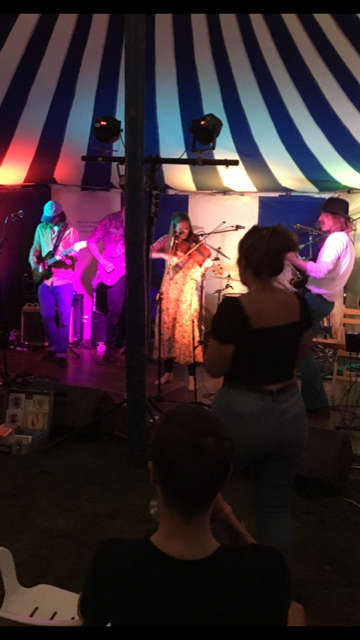 As the rain settled into a drizzle we settled in the marquee and ended up eating and drinking there for the rest of the day. 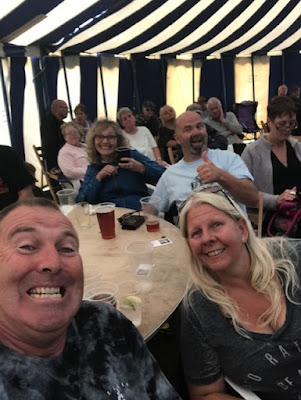 The evening finished with a Beatles tribute which got us all up singing and dancing till we dropped.. 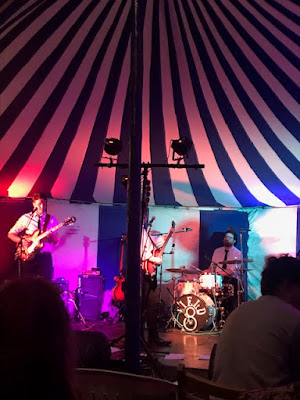 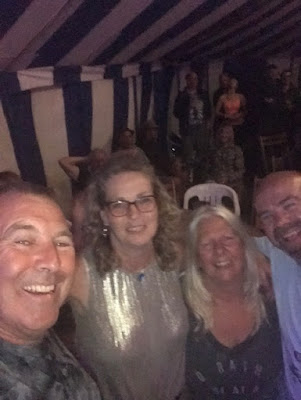 We got home a bit earlier than of late (just before midnight lol) so it was nice to have some time before bedtime.
Posted by Del and Al at 3:15 PM