Changes at Clifton and a feel good film

Well we have seen some changes here at Clifton with the new bridge going up and the new town Houlton just round the corner.. 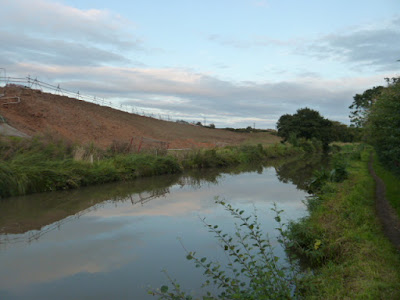 The footpath is now all open again and the tarmac is going down. Anyone who remembers this section will just remember allotments and the cows with horns in a green field. 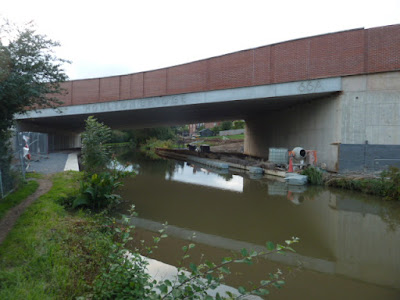 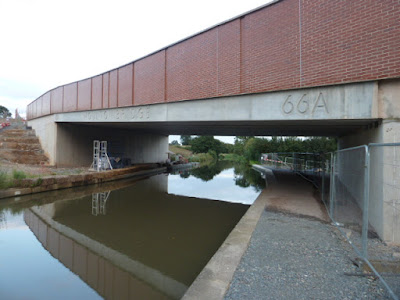 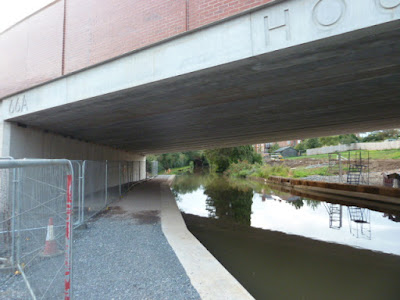 The good news is that they don't plan to build houses on this section of link road, so we still see some greenery in the area as you can see from this artist impression. They are saying there will be 14km of cycle and footpaths to enjoy. 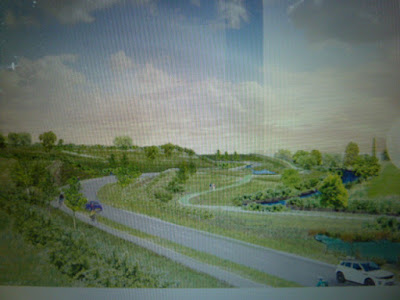 Al used the day to get some more washing done as we were loaded up with water, and Del sorted out the fire by giving it a polish and sorting out the lockers ready for the winter..
In the afternoon we were greeted with some lovely company. It was Andy and Hilary on n.b. Maisibert with a crew of Andy's daughter and grandchildren.. 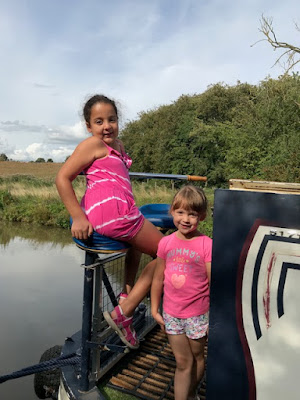 We soon had the chairs out and a couple of bottles of wine with nibbles.. 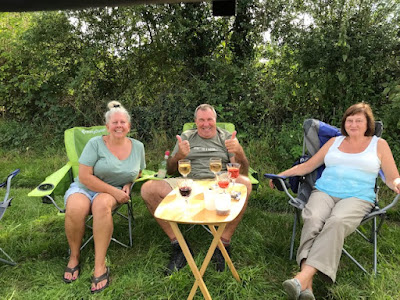 As the light faded we split and went in for dinner and we relaxed in the late evening..
The following morning we had planned to go into Rugby, so we said our goodbyes to Andy and Hilary and then jumped on the bus into town.
Del had been having a problem with his neck and thought this might be a good time to try and get it sorted, so we headed straight to an osteopath who had been recommended to us.. We managed to get an appointment for tomorrow and then walked round town picking up things Al needed like birthday cards and some new team readers (1.25 glasses)  from the pound shop.. We then jumped on another bus to Elliott's field shopping complex where we had lunch in Frankie and Benny's on our two for one taste card. We then went and saw the film "Blinded by the Light" which tells the story of how a young Pakistani lad from Luton was influenced by Bruce Springsteen, just like we are.. 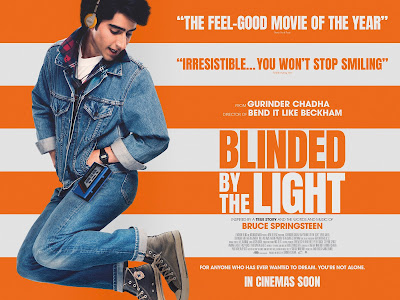 One of the best singer songwriters of all time! If you appreciate music and what it can do to you, then you will love this film which is set in the 80's. Any film which tells a true story with a happy ending is good for the soul.. We loved it!

From there it was back on the bus into Rugby as we needed to pick up a couple of heavy bags of shopping in Asda before getting the bus back to Clifton. We crashed in front of the telly when we got back which was lovely.. So back again tomorrow to the Osteopath's and whatever else we feel like..
Posted by Del and Al at 11:04 AM