On the Saturday Del left early in the morning to go down to Kent to get his model gliding fix. By lunchtime he was on the North downs and the models were in the air soaking up the thermals.. 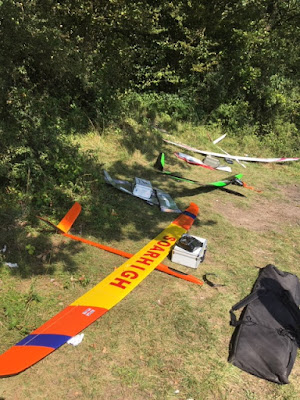 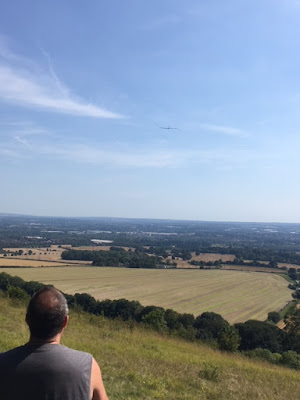 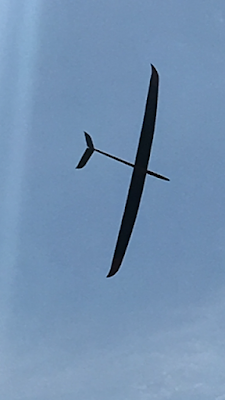 It was back to friends Bernie and Sarah's for a lovely BBQ which Bernie had done in the warm evening and then it was to bed early.
In the morning Bernie and Del were up at silly O Clock and they picked up the other member of the gang Steve. They drove up to Grantham where there was a BMFA Nationals model show on and looked for a bargain, (but never found one).. From there they went to Sewstern where there was a model gliding competition and took in some tips (maybe next year..) 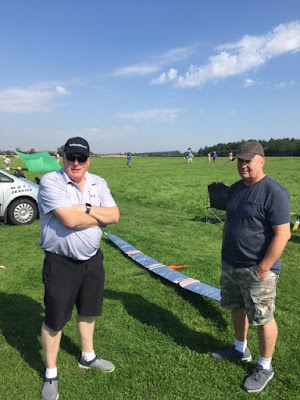 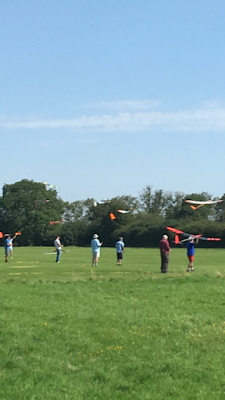 From there it was a drive back to Kent in the heat where we dropped of Steve and then had another BBQ with a few beers round Bernie and Sarah's..
It was a train back to Derwent6 on the Bank Holiday Monday, which with the Notting Hill carnival going on was a bit of a nightmare, it took Del four hours..

Al had Derwent6 to herself and looked after everything including Tooty the cat. She chilled with a book for a couple of days..
With all this sunshine the solar panels have kept us from running the engine, a massive investment this year.. 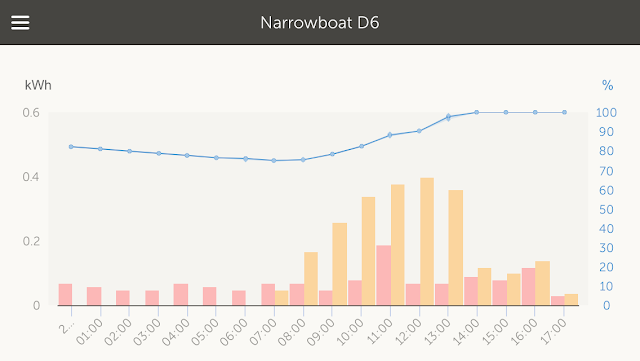