Things were much busier today as we could hear the commotion going on at 7.00am in the fields as people set up.. It was a lovely day and the music all kicked off in the pubs from lunchtime, so it was rude not to see some music with a beer. We met Maxine and Graham at 9.30am and already the stalls were set up in the roads and gardens. We had a good walk round and ended up in the Red Lion again for breakfast. It was then a walk over to the Brasenose pub where we watched a couple of bands play over a pint or two.. 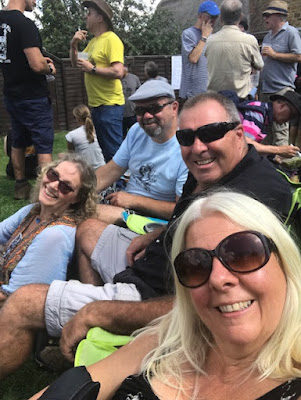 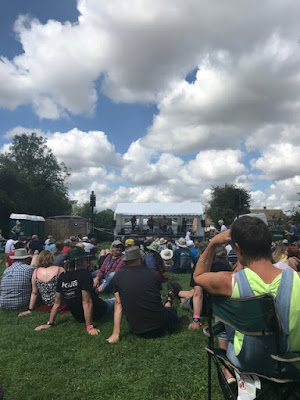 We then popped back into the Red Lion to watch a folk couple play and to our surprise Troy and his girlfriend Del had turned up with some friends.. 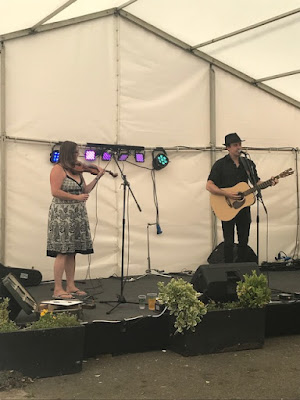 We walked back to the campervan and had a few nibbles and a chat before they all left. 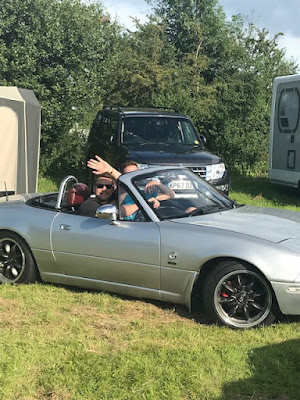 We then decided to try the Cropredy edge, which is another tent that does free live music and a good selection of ciders and ales.. The music had finished here but we could see the screens from the Fairport festival and could also listen in on what was going on.. It was quite relaxing, except Del had a Rum Cider which didn't go down too well. (He should have drunk it like rum and not like cider lol)
We had Ginny the dog with us and we felt she had had enough with all the loud music so walked her back to the camper.
We had wanted to try the venue which was called Field 8. This is a wedding venue which is opened up to music nights, and with the festival on they had a gig list and a bar of course.. They had a big marquee and a fire pit with sofa's all round. Well we saw two fantastic bands again there, Treebeard and Mountain Face who blew us away. 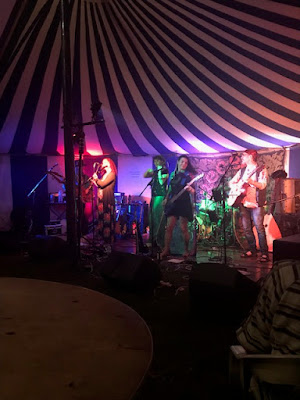 As they played it started to rain and we snuggled up under the marquee.. 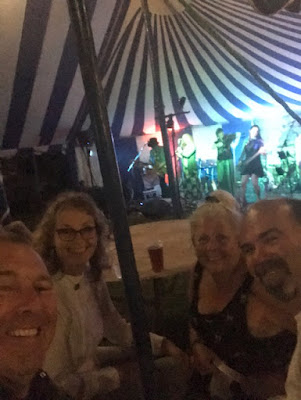 Just as they finished at midnight the heavens opened and we had no coats as it had been so warm. It was a run for it and we got soaked.. Thank god for the cratch on Derwent6, where we stripped off and dumped our wet gear, then it was hot shower and bed..