On the Sunday we woke up to loads of commotion going on in the fields as the campers packed up their things and set off.
It was also busy on the towpath with dog walkers before they set off. Boaters too were on the move, low on diesel and water and with waste tanks to empty, so we weren't going nowhere..

We were very content with full tank of diesel, half a tank of waste and just under half a tank of water. We have been static for 10 days now and not had to run the engine once. We have even been under the trees so only get half a days solar, but every day we have been back at 100% .
So there was music today in one of the pubs, but we couldn't get our weary arses out to see it. Our legs wouldn't work, our bellies still full of beer and our brains half dead, and it was raining.. A good rest was in order.. 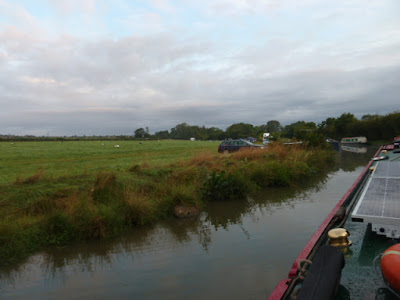 The following day was to be an early start, 6.00am in fact, and we unchained in the morning mist. There was piles of rubbish in the fields for collection but not a tent or campervan in sight. 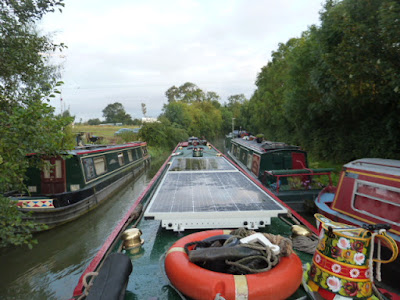 We crept along to the water point and filled using the fast tap here. 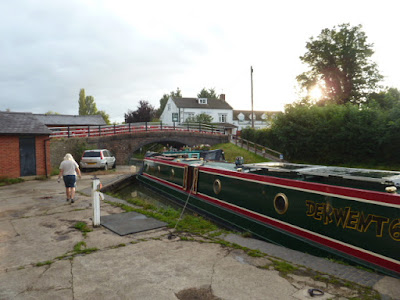 While we were on it Robin and Diane on n.b. Snowdrop turned up, amazed that they had got up early and someone had beat them to the water point.. We had a good chat and then said our goodbyes. 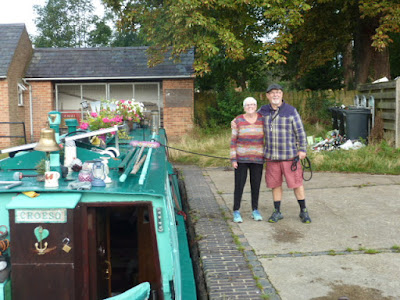 The locks were in our favour and we sailed through with no problems. 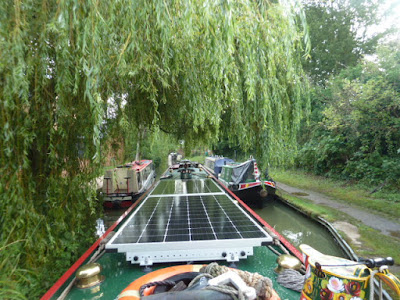 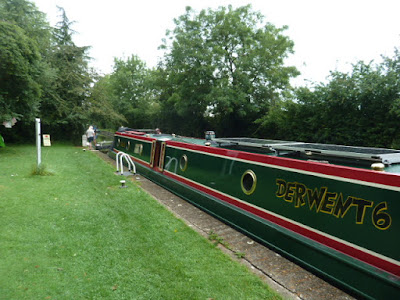 We did get a light sprinkle of rain till 9.00am. As we got to the bottom of Claydon Locks we met our first boat coming down and they were followed by another six following them.. 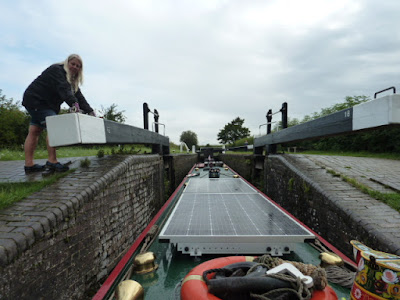 This made things easy again, as we had five locks going up, and each one was ready for us to save water with loads of help at hand. 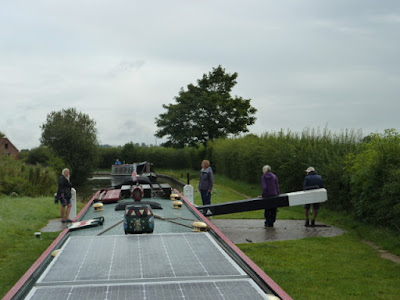 Al had already done one load of washing before the water point and had another one on the go through the locks. At the top it was the generators turn to help us use the tumble drier. It did trip once as the belts are a bit on the loose side, lets face it you would rather be fitting a belt then a crankshaft. When we had come down this way a few months ago, it was all cut back, but things had got a little overgrown again. 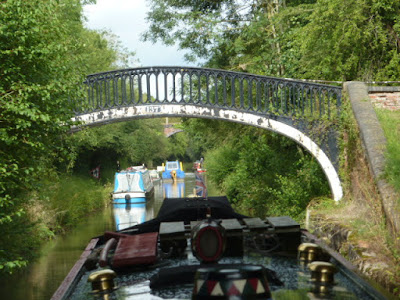 We soon got to Fenny Compton and there were loads of moorings as we had passed all the boats at Claydon. We picked a spot for telly and good solar and settled in.. 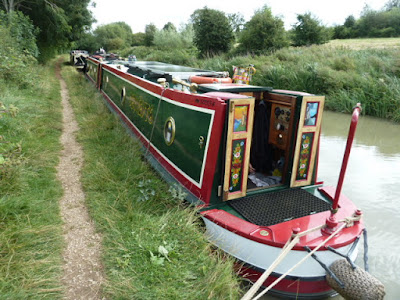 We then walked into he village and picked up some shopping in the Co-Op. This one had been ramraided not long ago and was still boarded up and being worked on. 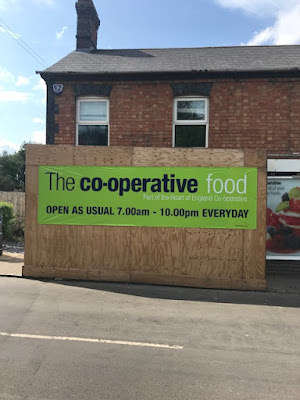 We walked back heavy handed. 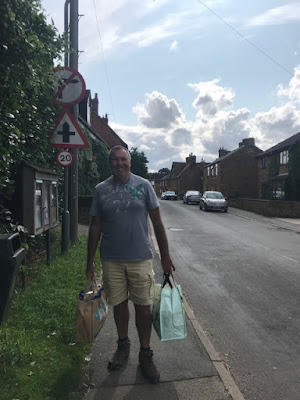 That was it for the day then. Al made a nice salad lunch and it was strictly no beer as we are in detoxicating mode for the next few days. Another early start tomorrow!
Posted by Del and Al at 9:42 PM

Hi Del and Al. Great to meet you both yesterday at Napton and thank you so much for the painkiller patch. Not back to my best yet but on the mend. May see you Sunday. Malcolm & Trish